The roots of sectarianism in the Middle East 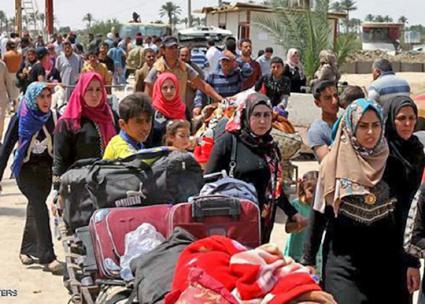 First published at Red Flag and appeared in Socialist Worker on February 1, 2017.

It is nearly impossible to find a mainstream news report about the Middle East that doesn’t refer to the religious affiliation of the protagonists. Sunnis hate Shiites, Shiites hate Sunnis, all Muslims hate Christians, and, of course, every Arab has a profound and irrational hatred of Jews. That, we are told, is why there are perpetual wars in the region, savage conflicts that have their intractable roots in theological disputes that go back thousands of years.

Except that it’s not, and they don’t.

It is true that there has always been a wide range of religious views in the Middle East, and there have been episodic conflicts that have broken out between different groups. With that qualification, it is crucial to see that the institutionalization and weaponization of sectarianism in the Middle East is a modern phenomenon. Far from being a lingering relic of feudalism, sectarianism is fundamentally a product of capitalist social relations.

For most of the Middle Ages, the Middle East was a prosperous region, on the cutting edge of science, art and culture, philosophy and economic trade. It is a historical irony that feudalism survived longer in the region precisely because it was more sophisticated than its European version, leaving little space for a merchant class to rise in opposition to the old order.

As part of this prosperity, the various Islamic empires conquered much of the Middle East and North Africa, extending their rule into Southern Europe and Central Asia. By necessity this entailed the construction of a multicultural empire that did not insist on religious or cultural uniformity, although there tended to be privileges granted to those who converted to the dominant religion.

ONCE CAPITALISM arose in Western Europe in the 17th and 18th centuries, the new European ruling classes quickly became interested in expanding their scope for exploitation and profiteering. The Ottoman Empire, which by this point was in terminal decline, was an obvious obstacle to this process.

Seeking to gain a foothold from which to expand their influence in the Middle East, the British and French latched on to religious minorities in Lebanon from as early as the mid-19th century.

It wasn’t easy for them to divide society in this way, however. Writing in the early 1840s, one French missionary despaired at the friendly relations that existed between Muslims and Christians in the port city of Sidon:

We are sorry to say that there was a sort of coexistence between the Christians and Muslims of Sidon. They visited each other frequently, which resulted in intimate relations between them and which introduced, bit by bit, a community of ideas and habits all of which was at the expense of the Christians. These latter joined in the important Muslim feasts, and the Muslims joined in the Christian feasts; this kind of activity passed for good manners, sociability, while in truth it resulted in nothing more than the weakening of religious sentiments.

The French spent the next 50 years trying to dismantle this legacy, starting with the unprecedented move of geographically segregating the various communities, which they imposed against the better judgment of both local leaders and the imperial Ottoman representatives. In doing so, they established hierarchical communal relations of control and conflict that became entrenched in the social and political structures of Lebanon.

Partly this was a product of the mistaken assumptions held by European missionaries and envoys. As Ussama Makdisi has persuasively argued, Western agents took communal and sectarian identities for granted on their arrival in the area. Once they possessed this colonialist “knowledge,” they projected it onto the local society and intervened in ways that produced and then multiplied sectarian tensions.

The other part, of course, is pure cynicism. Every ruling class knows instinctively that a united populace is harder to manage than a fragmented one, and it was in the interests of European colonists to fragment the Ottoman Empire in their quest for new colonies and spheres of influence.

The 2003 Iraq War is an example of this devastating process in a more modern context. From the outset, U.S., British and Australian troops conceived of Iraqi society in sectarian terms, initially prioritizing the Kurdish opposition to Saddam, and later empowering sectarian opponents of the Baath regime.

In 2004, a united struggle against the U.S. occupation began to take shape, so U.S. president George Bush and his team consciously inflamed sectarian tensions. Most notably, this involved granting positions of power to the most sectarian Shiite forces in the country in return for their assistance in quashing Sunni insurgents. The U.S. also constructed walls between areas falsely designated as belonging simply to Sunnis or Shiites.

In general, the U.S. and its allies employed and endorsed the most barbaric sectarian violence the region has ever experienced. In this context, the extreme sectarianism and violence of various Shiite and Sunni militia organizations could come to be seen as a relatively normal part of political life. Alongside Assad’s brutal repression of the Syrian revolution, which began in 2011, the U.S.-led invasion is one of the key causes of the rise of ISIS and other similar organizations.

There are countless examples of this sort of imperial divide and rule. However, it would be wrong to reduce sectarianism simply to the meddling of outside powers. From the beginning, local elites saw the benefits to be gained by playing within the new rules set by the Western powers.

In an oil-rich region where every imperialist force is keen to cultivate influence, leaders who could demonstrate their capacity to mobilize and discipline their communities had an easy ticket to wealth and power. They used it.

Maronite notables in the 19th and 20th centuries in Lebanon felt no shame in collaborating with the French to set up anti-democratic and sectarian structures that have preserved their rule to this day, against the wishes of the non-Maronite majority.

Sunni elites under Saddam Hussein were happy to receive Western backing while they oppressed both the Kurds and the predominantly Shiite population of the country. The largely Alawite regime of Hafez al-Assad did the same to the poor and peasant Sunni majority in Syria, with the support of the Soviets.

The situation has evolved again now, with sub-imperial powers such as Turkey, Iran and Saudi Arabia actively developing their own networks of influence using sectarian religious schools and institutions as a starting point for organizational structures and ideological justification.

Although these religious networks play an important role in some aspects of regional politics, religious belief per se is a third-rate motivation for what goes on. Alliances are made and broken based on politics and power.

For instance, Saudi Arabia–the state with the most sectarian interpretation of Islam in the Middle East–is Israel’s closest collaborator in the region. Israel’s supposedly “Jewish” nature doesn’t seem to be an issue. Similarly, the Saudi royal family have long had strong ties with the mostly secular Egyptian regime.

On the other side of the regional divide, Shiite Iran has until very recently been a strong supporter of Hamas, a Sunni Palestinian political party. They clashed not over religious doctrine but their respective attitudes to the Syrian revolution.

The limit to which religious doctrine is taken seriously is shown by the fact that the Alawite sect was declared a part of the Shi’ite branch of Islam only in 1974. This was done, not on religious grounds–which were dubious, to say the least–but in order to facilitate a political alliance between the Shi’ite Amal party in Lebanon and the Syrian regime in the lead-up to the Lebanese civil war. This new interpretation was useful for the very pragmatic leaders of the Islamic Republic of Iran, who could see the value in an ongoing alliance with Hafez al-Assad’s Syria.

Explanations of politics in the Middle East that rest on claims of ancient conflicts and religious sectarianism are baseless. They are premised on assumptions that are both essentialist and Orientalist–that the Middle East is somehow different to everywhere else and inherently more prone to religious and tribal violence. Such a view has deeply conservative consequences, inevitably lending itself to imperialists seeking to justify their intervention in the region. If the locals can’t be trusted to live together in peace, perhaps a few foreign tanks can do the trick.

The left should reject these racist, imperialist arguments, which only serve the elite.