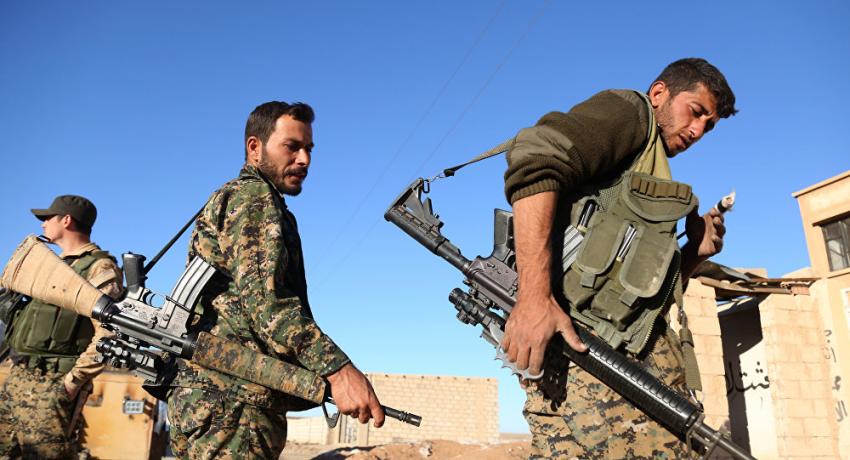 Posted on The Green Left on April 28.

For months local and foreign forces have been closing in on the main ISIS strongholds: the cities of Raqqa in Syria and Mosul in Iraq. Turkey is a NATO member and recognised as an ally against ISIS by the US-led coalition of Western powers in Iraq and Syria, that includes Australia.

But the Turkish air strikes did not target ISIS. Instead, they were aimed at the terror group’s most consistent opponents — left-wing Kurdish-led revolutionary forces.

In Iraq, the attacks were aimed at the Shengal Resistance Units (YBS) and Shengal Women’s Units (YJS), left-wing guerrilla groups based in the Yezidi community of Shengal (Sinjar).

When ISIS overran Shengal in August 2014, the Kurdish-speaking Yezidi religious minority were subjected to a level of genocidal cruelty extreme even by the standards of ISIS. Adults and children alike were massacred. Women and girls were abducted into sexual and domestic slavery — auctioned off like livestock in public markets.

Prior to the ISIS invasion, the Iraqi central government in Baghdad and the Kurdistan Regional Government (KRG) bickered over whose jurisdiction Shengal fell under. When ISIS attacked, the military and paramilitary forces of both withdrew, abandoning the Yezidis.

The ongoing genocide was only stopped thanks to the intervention of left-wing armed groups from Bakur (Turkish Kurdistan) and Rojava (Syrian Kurdistan).

These groups not only fought ISIS, but helped the people of Shengal establish grassroots structures of democratic self-administration with their own democratically accountable armed forces, the YBS and YJS. These groups have since liberated most of Shengal from ISIS.

The US-led coalition used the Shengal genocide as a pretext to launch its renewed intervention in Iraq. However, rather than assist the YBS and YJS, the Western intervention has been in support of the Baghdad government and the KRG, who abandoned the Yezidis in 2014.

Moreover, the KRG recently launched their own military offensive against the YBS and YJS.

The relationship between the KRG’s ruling Barzani family and the Turkish regime of Recep Tayyip Erdogan, based on shared economic, as well as political interests, is very close. When the April 24 Turkish air strikes accidentally killed five KRG fighters, the KRG’s response was to blame the Kurdistan Workers Party (PKK, the Turkish-based group that helped liberate Shengal) for provoking Erdogan.

In Syria, the Turkish air strikes targeted the Rojava-based groups that had gone to Shengal’s aid in 2014 — the Women’s Defence Units (YPJ) and Peoples Defence Units (YPG). These groups are now allied with other progressive Syrian armed groups in the Syrian Democratic Forces (SDF).

This is not surprising. The revolutionary movement whose armed wing is part of the SDF has a close ideological affinity with the PKK — who have been resisting the Turkish state since 1984. It also has a close affinity with the left-wing Turkish opposition party, the Peoples Democratic Party (HDP) that is facing growing repression from the Erdogan regime.

The Erdogan regime’s hostility to the ideological allies of the PKK and HDP is consistent. What is less consistent is the approach of the US.

In Iraq, the forces backed by the US (the Baghdad government and KRG) are also backed by Iran and Russia. In Syria, the West has since 2011 supported Islamist and other armed groups opposing the Russian and Iranian-aligned Syrian regime of Bashar al-Assad.

This support has been both diplomatic and material, including direct supply of weapons. The West has also enabled considerable military and logistical support to go to the Syrian armed opposition through its regional allies Jordan, Saudi Arabia, Qatar and Turkey — even if at times it has been disquieted by the growth of anti-Western Islamist groups nurtured by these allies.

However, the direct military intervention by the US and other Western powers has been against ISIS. Since the YPJ and YPG successfully resisted ISIS’s siege of Kobane in Rojava in 2014-15, US air strikes in Syria have mostly been in coordination with the SDF.

For the West, this alliance is dictated by the fact that the SDF — despite ideological differences with the democratic, socialist-oriented revolutionary movement in Rojava — is the only force in Syria on the ground willing and able to consistently fight ISIS — and win.

It is telling that the offensive on Raqqa — in which the SDF are the ground troops — has been considerably faster and less costly in civilian lives than the Iraqi government and KRG forces’ offensive on Mosul.

In Iraq, the West’s main aim is to try to salvage the weak and dysfunctional state it has spent a decade constructing after the disastrous 2003 invasion and occupation.

In Syria, Western hostility to the Assad regime is counterbalanced by the fact that neither a radical Islamist Syria or a radical democratic ecosocialist Syria of the sort being pushed in Rojava are particularly palatable alternatives.

Support for NATO ally Turkey is counterbalanced by unease at Erdogan’s increasing erratic domestic and international policies, including flirtations with both ISIS and Russia.

Since August 2015, the US-led coalition has been conducting air strikes in support of both the SDF’s offensive on Raqqa and in support of the Turkish occupation directed against the SDF and the system of democratic self-administration it protects.

At the same time the West has supported the blockade of Rojava imposed by Turkey and the KRG. This has starved the SDF of arms. It has also placed a huge strain on the democratic self-administration, which hosts hundreds of thousands of refugees of all ethnicities and religions from all over Syria and Iraq.

Unlike the wealthy Western countries, the besieged, war-torn democratic self-administration in the area is committed to giving refugees equal access to resources and equal political rights. International NGOs, Western governments and UN organisations have refused to assist them.

This has made the battlefield alliance with the Western air forces both beneficial and problematic for the SDF.

The offensive on Raqqa was based on an implied understanding that the US would restrain Turkey. But the latest Turkish air raids, followed by a renewed ground offensive, has meant that the SDF is being forced to fight on two major fronts just at the point when they had reached the outer suburbs of Raqqa.

This has strained the alliance with US-led coalition, possibly to breaking point. In a statement released after the air strikes the YPJ said: “YPG and YPJ forces take their place with the [US-led] coalition in the fight against ISIS and have shouldered a great duty to defend human dignity.

“This Turkish attack on our forces didn’t happen without the knowledge of the coalition forces. The silence of the coalition in the face of these attacks confirms and approves this. The women’s freedom struggle movement cannot accept approval of this situation.”

April 25, the US State Department spokesperson Mark Toner criticised Turkey for conducting its air strikes “without proper coordination either with the United States or the broader coalition to defeat ISIS”. However, the revolutionary forces have made clear this is not enough.

A PKK statement said: “The fascist [Turkish government] officials stated that the attack in question was carried out with the knowledge of the US, European Union, Russia and [the KRG]. When this is the case, we call on all related parties to make their stance clear and to declare who they side with; either with Tayyip Erdogan … fascist dictatorship or Democratic Turkey and Free Kurdistan.

“Do they side with the terror and massacres of the … fascist dictatorship or the democratic struggle of peoples? Do they side with al-Qaeda and ISIS, or the Kurdish people’s freedom and democracy struggle against all manners of fascist genocidal system?

“It is no longer possible to be in the middle and play both sides.”

Political and military leaders of the SDF have called for concrete measures by the US to stop attacks by its Turkish ally. Specifically, they have called for a “no fly zone” barring Turkish military planes from Syrian and Iraqi skies.

A first step in this direction would be abandoning the absurd pretense that the Turkish air operations are part of the fight against ISIS.

Given the dominant position the US holds in NATO and the material dependence of the Turkish armed forces on Western support, this could be easily achieved — if the US and its allies wanted to.

In Rojava, thousands of people have joined protests calling on the West to cease enabling Turkish aggression. Many carried placards promoting the hashtag #NoFlyZone4Rojava, launching a global social media campaign.

Internationally the Kurdish diaspora and supporters of the North Syrian revolution, the Yezidi resistance and the democratic opposition in Turkey are also organising protests.