A Shameful Silence: Where is the Outrage Over the Slaughter of Civilians in Mosul? 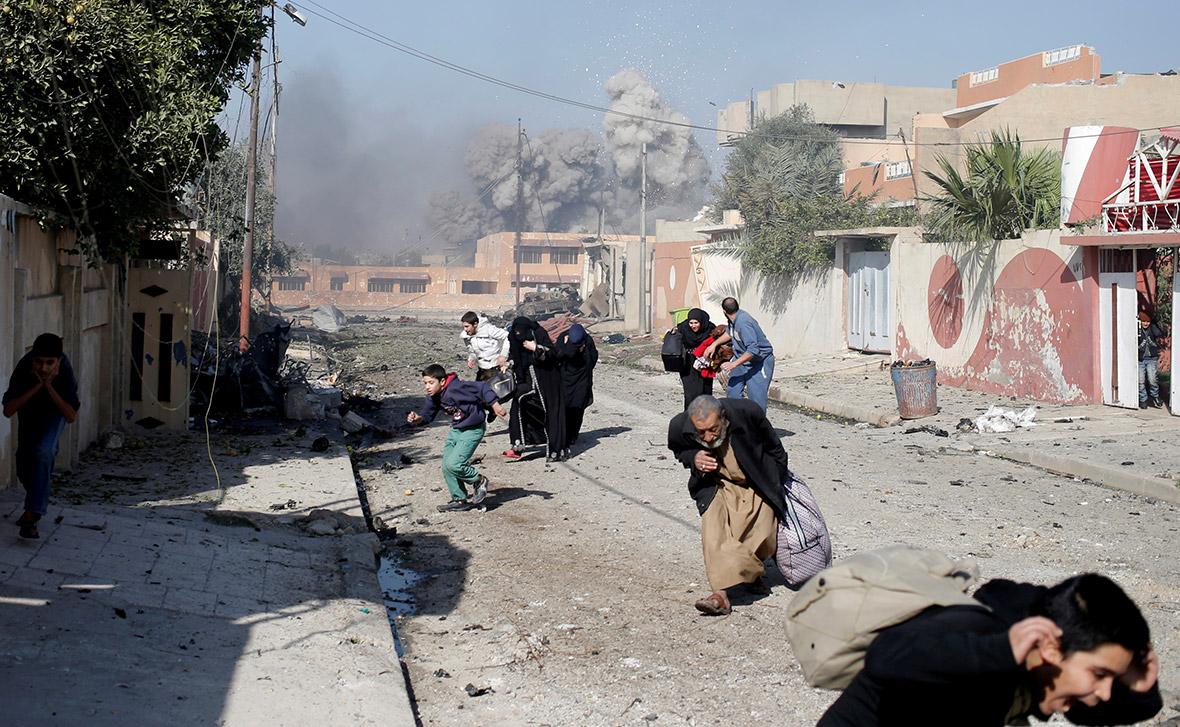 The catastrophic number of civilian casualties in Mosul is receiving little attention internationally from politicians and journalists. This is in sharp contrast to the outrage expressed worldwide over the bombardment of east Aleppo by Syrian government and Russian forces at the end of 2016.

Hoshyar Zebari, the Kurdish leader and former Iraqi finance and foreign minister, told me in an interview last week: “Kurdish intelligence believes that over 40,000 civilians have been killed as a result of massive firepower used against them, especially by the Federal Police, air strikes and Isis itself.”

The real number of dead who are buried under the mounds of rubble in west Mosul is unknown, but their numbers are likely to be in the tens of thousands, rather than the much lower estimates previously given.

People have difficulty understanding why the loss of life in Mosul was so huge. A good neutral explanation of this appears in a meticulous but horrifying report by Amnesty International (AI) called “At Any Cost: The Civilian Catastrophe in West Mosul”.

It does not give an exact figure for the number of dead, but otherwise it confirms many of the points made by Mr Zebari, notably the appalling damage inflicted by continuing artillery and rocket fire aimed over a five-month period at a confined area jam-packed with civilians who were unable to escape.

However, even this does not quite explain the mass slaughter that took place. Terrible civilian casualties have occurred in many sieges over the centuries, but in one important respect the siege of Mosul is different from the others. Isis, the cruellest and most violent movement in the world, was determined not to give up its human shields.

Even before the attack by Iraqi government forces, aided by the US-led coalition, started on 17 October last year, Isis was herding civilians back into the city and not allowing them to escape to safety. Survivors who made their way to camps for displaced people outside Mosul said they had to run the gauntlet of Isis snipers, booby traps and mines.

Determined to hang on to its hundreds of thousands of human shields, Isis packed them into a smaller and smaller space as pro-government forces advanced. Isis patrols said they would kill anybody who left their houses; they welded shut metal doors to keep them in, and hanged people who tried to escape from electricity pylons and left the bodies to rot.

“Consequently, as IS lost territory during the course of the battle, IS-controlled areas became increasingly crowded with civilians,” says the AI report. “Mosul residents routinely described to Amnesty International how they sheltered in homes with relatives or neighbours in groups of between 15-100.”

It was these groups that became the victims of the massed firepower of pro-government forces. In many streets, every house is destroyed and I could not even enter some badly damaged districts because access was blocked by smashed masonry, craters and burned out cars.

Outside Mosul, people tend to assume that most of this destruction was the result of airstrikes – and much of it was – but Mr Zebari is correct in saying that it was shell and rocket fire from pro-government ground forces, particularly by the Federal Police, that caused the greatest destruction and loss of civilian life.

How this happened is easily explained by a look at the types of ordnance used by pro-government forces: these include 122 mm and 155mm howitzers, but also notoriously inaccurate 122mm Grad rockets and locally made Improvised Rocket Assisted Munitions (IRAMs) that might land almost anywhere.

The Grad is a Soviet weapon that dates back fifty years, and consists of 40 rockets mounted in a vehicle which can be fired in volleys over a half minute period. Earlier versions of this weapon had a devastating effect on dug-in German infantry in fortified positions in World War II. Civilians crammed together in fragile houses in west Mosul would stand little chance.

The US-dominated coalition said that it tried to avoid carrying out air strikes where civilians were present, and its planes dropped leaflets telling them to move away from Isis positions. People on the ground in Mosul regarded this as a cruel joke, because they had nowhere else to go to and Isis would shoot them if they tried to run away.

In addition, the Isis system of defence was based on quickly moving its fighters from building to building through holes cut in the walls in the newer parts of Mosul; meanwhile in the Old City, where most houses have cellars, Isis linked these by tunnels so they could fire and retreat before the building they were in was destroyed, most commonly by 500 lb bombs.

“There were very few Daesh [Isis] in our neighbourhood, but they dropped a lot of bombs on them,” Qais, 47, a resident of Mosul al-Jadida district told me. He reckoned that between 600 and 1,000 people in the district had been killed, and he showed me pictures on his phone of a house that had once stood beside his own but had been reduced to a heap of smashed-up bricks.

“There were no Daesh in the house,” he said. “But there were seven members of the Abu Imad family there, of whom five were killed along with two passersby.”

A further reason for the devastation caused by the battle for west Mosul was the outcome of the fighting for east Mosul between 17 October and 24 January. The Iraqi government and the Americans had expected a hard fought but relatively swift victory, perhaps taking about two months to seize the whole of the city (in fact, it took nine months).

The attack on the part to the east of the Tigris River was primarily undertaken by the highly trained and experienced Counter-Terrorism Service (CTS), fighting house to house. Air strikes were usually against carefully selected targets, and not called in at will by ground troops at the first sign of resistance.

These tactics of the pro-government forces did not work. True, they eventually captured east Mosul after three months of heavy fighting and at the cost of casualties to the CTS reported as being between 40 and 50 per cent. But they could not afford this scale of losses repeated in west Mosul, where Isis was even more deeply entrenched.

When the assault on west Mosul began on 19 February, the pro-government forces were therefore using artillery, rockets and airpower much more freely. And in addition to the CTS, they fielded the Federal Police and Emergency Response Division, both of which were far less well-trained and deemed more sectarian than the CTS. As they in turn suffered heavy casualties, they lost all restraint in use of their firepower.

Why has there not been more outcry over the destruction of west Mosul? There should be no question about the massive civilian loss of life, even if there are differences over the exact numbers of the dead.

The biggest reason for the lack of outrage is that Isis was seen as a uniquely evil movement that had to be defeated – whatever the cost in dead bodies to the people of Mosul.

It is an understandable argument, but one that in the past has meant Iraq never finds peace.