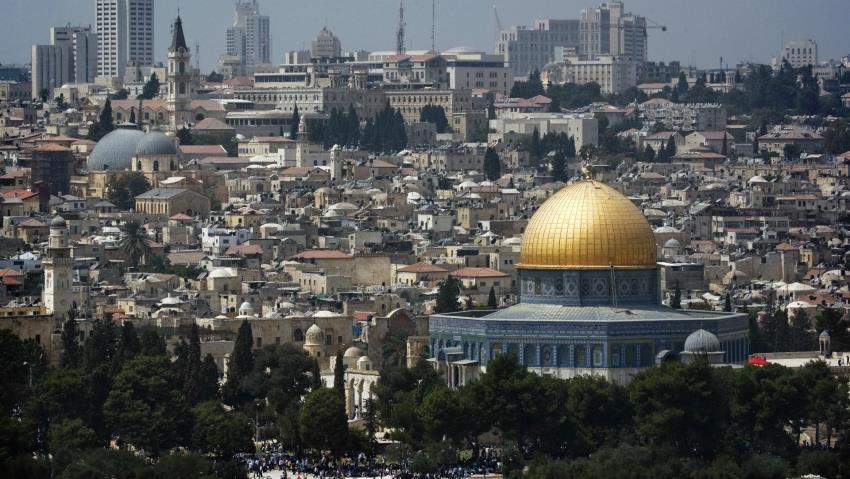 The Israeli government is planning a series of measures aimed at fully denying Palestinians their legal rights in Jerusalem and precluding any future peace settlement based on sharing the city between Israel and a future Palestinian state.

One of the most aggressive measures to date is a bill that was approved by the Israeli Knesset on Tuesday, January 2.

The bill, which passed with the support of Israel’s ruling rightwing and far-right coalition has several dangerous stipulations.

According to the bill, two thirds of the Knesset majority is required for Israel to relinquish sovereignty over any part of Jerusalem. International law insists that Israel has no sovereignty over East Jerusalem, illegally occupied and annexed in 1967 and 1980 respectively.

An equally disturbing stipulation in the bill is that it removes two Palestinian neighborhoods from the municipal jurisdiction of the city.

The two affected neighborhoods are Kufr Aqab and the Shufat refugee camp.

By doing so, the Israeli government would have achieved another milestone in its demographic war on Palestinians.

It is important to note that the two Palestinian areas are located on the other side of what Israel refers to as the ‘Separation Wall’.

This move confirms the assumption that the Wall was built around Palestinians areas that Israel plans to annex in the future.

Now, that the wall construction is at an advanced stage, the process of annexation seems to have begun.

But the latest bill – dubbed by Palestinians as the ‘race law’ for it aims at vacating Jerusalem from Palestinian Arabs and increasing the number of the city’s Jewish settlers – is a rewritten version of an earlier bill.

‘The Greater Jerusalem Law‘, which was poised to win a majority vote at the Knesset was only shelved temporarily.

The delayed bill called for expanding the municipal boundaries of Jerusalem to include major illegal Jewish settlements in the West Bank, including Ma’aleh Adumim and the Gush Etzion settlement cluster.

Moreover, it endeavored to bring 150,000 Jewish settlers into Jerusalem as eligible voters, who would naturally tip the political scene more to the right.

Concurrently, the law would further demote the status of 100,000 Palestinians, who would find themselves in a politically gray area.

That bill was cast aside only weeks before the United States government agreed to move the US Embassy from Tel Aviv to Jerusalem.

While many in the international community were focused on what the American move would mean for the future of the region and the so-called peace process, few paid heed to the fact that the US and Israel had something far more consequential in mind.

News agencies at the time reported that Israel agreed to shelf a popular bill “under US pressure.” But that ‘pressure’ only aimed at giving President Donald Trump the needed time to formulate his own strategy and make the troubling announcement.

Since then, many Palestinians were killed, hundreds wounded and more detained as Palestinians and their allies around the world displayed outrage by the US decision.

A symbolic but telling vote at the United Nations on December 21 showed that the US and Israel stood alone in their fight to deny Palestinians their rights in their unlawfully occupied city.

Wasting no time, Israeli lawmakers are now pushing forward with designs to further isolate Jerusalem and to empty it from its Palestinian inhabitants.

They understand that the unparalleled US support must be exploited to the maximum, and that any delay on these bills would certainly be missed opportunities.

The nature of the US-Israel coordination is indeed unprecedented. Just as the Knesset voted to approve the bill, the US moved quickly to cap any strong Palestinian reactions.

That job was entrusted to US Ambassador to the UN, Nikki Haley, who has gone further than any other US official in her attempt to intimidate, and even bully Palestinians.

Haley declared that the US will cut off US funding of the United Nations Relief and Works Agency (UNRWA) and will only resume funding when the Palestinians agree to return to the negotiations.

UNRWA is the main channel for support for Palestinians refugees. That decision will further tighten the noose on a struggling Palestinian economy and the Palestinian Authority which relies mostly on international aid to survive.

Haley, of course, understands that no Palestinian leadership can engage politically with Israel and the US when the two countries refuse to accept international law as a frame of reference in the negotiations.

Now, the Palestinian leadership has to choose between its existing humiliation or further humiliation.

But Haley’s threat is also aimed at changing the conversation, and taking the focus away from the racist Israeli bill that will surely lead to further annexation in Jerusalem itself and throughout the West Bank.

The US and Israel are now actively invested in a system of political Apartheid in Palestine, and are twisting the arm of the PA to facilitate such a dreadful regime.

PA officials have made many threats so far, including the exclusion of the US from the peace process and changing their demand to a one state solution.

But there is nothing concrete so far regarding that coveted Palestinian strategy; one that is predicated on a united Palestinian leadership that truly explores new options, allies and future outlook.

It is that lack of vision that compromises the Palestinian position even further, emboldening Israel to push forward with its racist laws and apartheid walls.

– Ramzy Baroud is a journalist, author and editor of Palestine Chronicle. His forthcoming book is ‘The Last Earth: A Palestinian Story’ (Pluto Press, London). Baroud has a Ph.D. in Palestine Studies from the University of Exeter and is a Non-Resident Scholar at Orfalea Center for Global and International Studies, University of California Santa Barbara. His website is www.ramzybaroud.net.