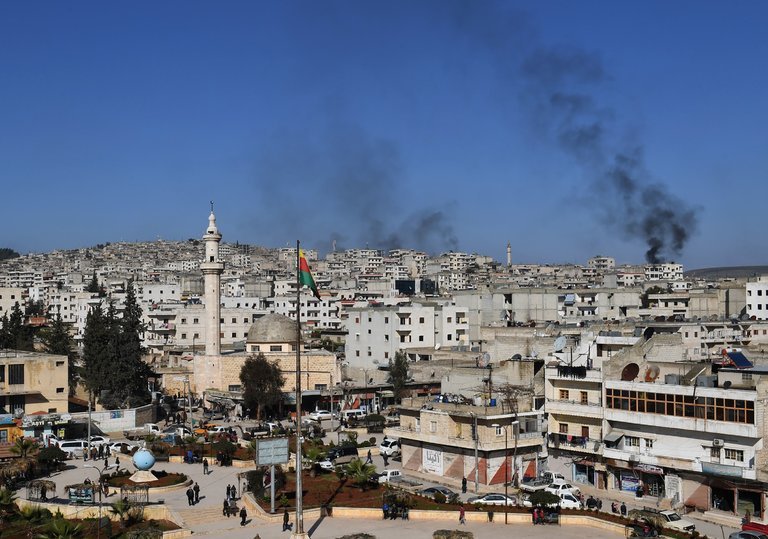 QAMISHLI, Syria — A female Kurdish fighter carried out what appeared to be a suicide bombing attack on the Turkish military in Syria, destroying a tank and killing several Turkish soldiers with a grenade, Kurdish forces in the area said on Sunday.

If confirmed, it would be the first case of a suicide attack by the Kurds against Turkey’s forces in Syria since its ground troops crossed the border earlier this month.

The Kurdish bomber, identified as Zuluh Hemo, 20, had fought under the nom de guerre Avesta Habur, according to a statement from her military organization, the Women’s Protection Units, or Y.P.J., which is part of the Syrian Democratic Forces.

The S.D.F. is an important ally of the United States military in the battle against the Islamic State in northern Syria. A suicide bombing by an American ally against a NATO member could further strain the tense relationship between Turkey and the United States.

The independent Syrian Observatory for Human Rights said that the attack, which took place on Saturday, killed two Turkish soldiers after Ms. Hemo threw a grenade down the turret of the tank. The organization’s director, Rami Abdulrahman, said he did not believe it was a deliberate suicide attack.

Ms. Hemo’s own unit refrained from calling her a suicide attacker in its statement but said that “the heroine Avesta attacked the tank and blew herself up with the tank.” It also called her “a model of free Kurdish women,” likening her to other Kurdish suicide bombers.

The Kurdish news media widely hailed her as a suicide attacker and described her being wrapped in bombs when confronting the Turkish tank. The pro-Kurdish Firat news agency said Ms. Hemo had “infiltrated behind the enemy lines and detonated bombs wrapped around her body near a Turkish tank in Hemame village in Afrin.”

A spokesman for the United States-led military coalition in Syria and Iraq, Col. Ryan Dillon, said that American forces were not operating in the Afrin area and that he could not confirm nor comment on reports of a Kurdish suicide attack. The Turkish military offensive against Kurdish militias in the Afrin area of northern Syria has put Turkey and the United States in the tense position of fighting with and against the same ally: the Kurdish Popular Protection Units, known by their acronym Y.P.G., along with their female component, the Y.P.

Both are the dominant units in the Syrian Democratic Forces, which, with United States support, has largely defeated the Islamic State militants in eastern Syria, forcing them from their major strongholds of Raqqa and Deir-al-Zour last year.

The Turks launched an offensive in the Afrin area against the Kurds more than a week ago — including warplane bombings — leading to protests from American officials, including Secretary State Rex W. Tillerson and President Trump. The fighting has continued all week.

According to the Syrian Observatory, 66 people died in the fighting on Saturday, including seven Turkish soldiers. Among the dead, the Observatory said, were 13 children and seven women.

Afrin is well west of the area where United States forces are operating in cooperation with the Kurds, but President Recep Tayyip Erdogan of Turkey has threatened to advance into areas to the east, where the Americans also operate. Turkey, which has a large and restive Kurdish minority, is concerned that the Syrian Democratic Forces have carved out an autonomous semi-state in northeastern Turkey that could pose a threat to its security.

Women are a major component of the Kurdish militias in northern Syria, fighting under their own flag and with independent, female commanders. The Y.P.J.’s statement about Ms. Hemo’s attack compared her to Arin Mirkan, a suicide bomber who had attacked the Islamic State in the northern Syrian city of Kobani.

The statement, issued by the Y.P.J.’s general command, praised its suicide attackers and said: “We will resist the Turkish occupation, which represents the historic enemy of our people until the last drop of our blood. Afrin will be a cemetery for fascism.”

The Y.P.J. said that Ms. Hemo joined the militia in 2014, when she would have been about 17, and that she was from a village near Afrin.

On Sunday, fighting continued in the Afrin area. Turkey’s official Anadolu News Agency quoted the Turkish army as saying that it had “neutralized 37 Daesh and PKK terrorists” in airstrikes that day.

The Turks refer to Syrian Kurdish militias by the acronym of the outlawed Kurdish Workers Party, P.K.K. — separatists who are closely allied with the Syrian Kurds — and falsely accuse the Kurds of having an alliance with the Islamic State, also known by its Arabic acronym, Daesh.