Asifa, My Child: a poem by Bardi Raina 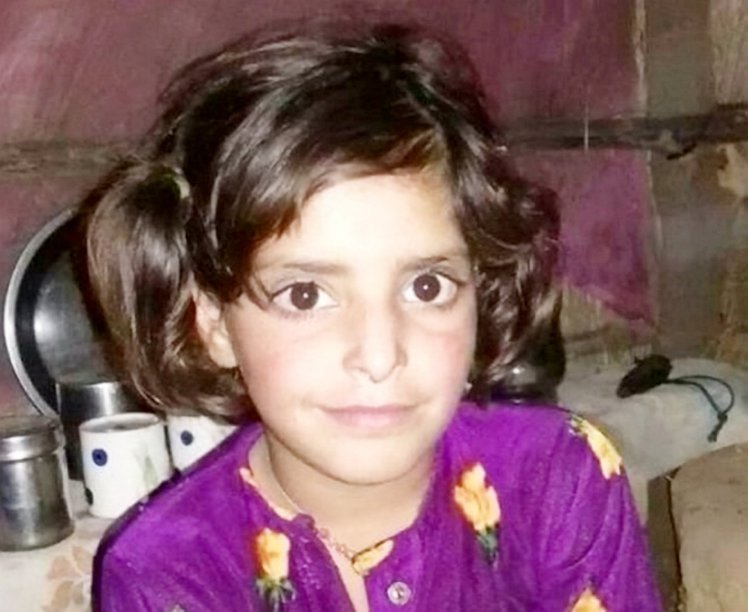 Asifa, my child, I wish
I was not writing about you
But holding you to my chest.
Asifa, I wish you were watching
Joyfully as I ripped apart
The hyenas and hung their
Entrails at the temple door,
So the gods therein would smell
The stench of their complicity.
What wicked deity could
Give you those beautiful black
Eyes just so you could be witness
To your so beastly mutilation?
.
Asifa, you were born in a country
That did not deserve you, that does
Not deserve millions of your sisters
Either. This is the territory of predators
Merely and gods are their
Benefactors, presiding over their kills
With male delight, while the goddesses
Seem powerless as most women.
They chose a temple so the gods
Would protect them and pour benediction
Over their unthinkable evil–all on behalf
Of a favored community who did
Did not wish to see the least of
“Their” land frequented by an
“Alien” band, although one in nature
With more ancient claim to
Forest, foothill, river, and pasture.

Thus men of “standing” made an
Example to serve your riven little
Corpse to the “enemy” as a sample.
Thus you were fed as a morsel to
Gods who these days all ruling
Excesses endorse. Pious middlemen.
Of the “national interest” came
Out thronging the streets, officers of
The Law cocking many a snook with
Aplomb at instruments of justice
To which they ought to belong.

Asifa, my child, this gibberish that
I am writing is but a weak old man’s
Confession that the knowledge
Of what horror transpired upon
Your uncomprehending, aghast innocence
Can never be captured in words
Of commiserate distance, however
Blood-drenched the heart and the
Fingers that seek to reduce to sense
The infernal terror of your experience.

Asifa, angel, I cannot now assure
You that your sacrifice will encrypt
The future from gruesome rites,
But, my child, how I wish you
Would come to me at night and
Upon my chest and arm find
Home again and lose all your fright.
How I wish some god somewhere
Would grant this much miracle
To my failing human sight.

Written in memory of an 8-year old Muslim girl kidnapped in Kashmir, gang raped for days and murdered.