How Will Europe React to Trump’s Dumping the Iran Deal? 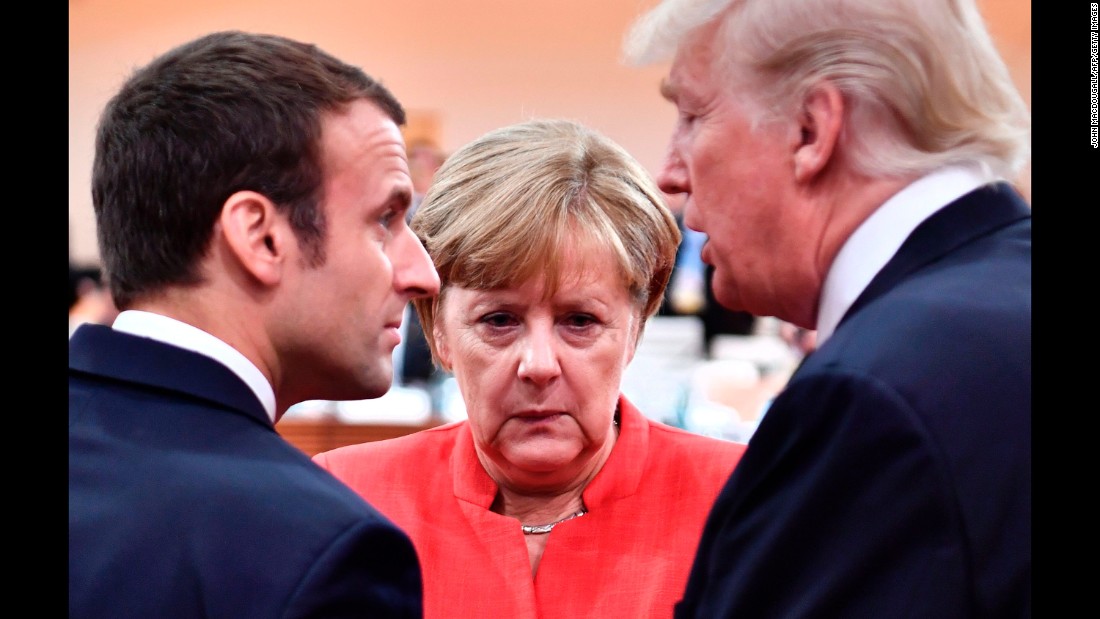 People are asking how Iran will respond to Trump’s announcement about U.S.withdrawal from the Joint Comprehensive Plan of Action signed by Iran, the U.S., UK, France, Germany, China and Russia in July 2015. I wonder how Germany, the world’s fourth largest economy, will react. Last month in her summit with Trump, Angela Merkel reiterated German strong support for the agreement. I wonder how France will respond. Emmanuel Macron, who also had a summit with Trump last month, reiterated French ongoing support. I wonder how Britain will respond. Theresa May has called the agreement “vital” and British foreign minister Boris Johnson is in Washington urging continuation of the deal.

Germany and France are among Iran’s top ten trade partners (despite the sanctions). They want to expand trade with and investment in the world’s 27th largest economy. With a huge territory, well-educated population of 80 million, rich natural resources and receptiveness to foreign capital, Iran looks like an attractive investment opportunity.

Germany comprises 60% of EU investment in Iran. It sells machinery, metals, chemicals and vehicles, and agricultural products and has a substantial trade surplus with the country. Its investments have been increasing by about 25% annually in recent years. German capitalists have been looking forward to this day. In January the Iranian Khodro auto manufacturer signed an agreement with Daimler to produce Mercedes-Benz cars in Iran beginning this year. These are the kind of deals the U.S. now wants to thwart by discouraging their international financing and applying sanctions of those who defy its geopolitical objectives. One can expect mounting resentment to the U.S. in Germany if the U.S. is seen as consistently demanding that German capitalists defer to U.S. policy in Iran and elsewhere.

Friction over Iran policy occurs as the German economy remains hurt by the application of sanctions against Russia. These were demanded by Washington following the events of 2014, supposedly in response to Russian aggression in Ukraine. (In fact, a U.S.-backed coup designed to produce regime change,  NATO membership, the expulsion of Russia from its historic naval bases in Crimea and their acquisition by NATO provoked a predictable Russian response, whereupon Washington howled in protest, applied sanctions and demanded its western partners do so too.) A study completed last last year states that the sanctions had cost Russia some $ 65 billion, while counter-sanctions had cost the U.S. and Europe over $ 50 billion. 40% of the latter were German losses.

Many prominent Germans oppose the sanctions. Former chancellor Gerhard Schröder (Merkel’s predecessor for seven years) opposes the sanctions (and indeed says he can understand the reasons for the Russian seizure of Crimea). The minister presidents of Saxony-Anhalt and Thuringia have both called for an end to the sanctions, which are particularly damaging to their economies. They are widely understood to have been adopted by the EU under U.S. pressure (aided by the UK—so long as it was a member—as Washington’s main agent within the EU) steering the union towards unwanted confrontation with Russia at U.S. behest.

Meanwhile multiple imperialist wars in the Middle East are flooding Europe, especially Germany, with refugees. It’s as though the U.S. has demanded that Europe handle the human cost of its reckless, disastrous interventions in adjoining regions. (Why can’t we just bomb them out, then you folks take them in? Or if not, build yourself some walls, and if the Muslims don’t go away, lock ’em up!)

As the U.S. seriously opposes trade (“free trade”) between Iran and Europe, demanding renewed “secondary sanctions,” U.S.-European frictions already at an unprecedented high (given such idiotic decisions as leaving the Kyoto Accord and recognizing Jerusalem as the capital of Israel, to say nothing of the general disgust with Trump as U.S. president), general inter-Atlantic tensions will likely rise. Trump is already abysmally unpopular in Europe, and most Europeans for the first time tell pollsters that their view of the U.S. is more negative than positive.

Italy and Greece buy Iranian crude oil and also support the JCPA. In fact, everybody does, except for Binyamin Netanyahu (who has Trump tied around his finger), Trump,  the U.S. Congress, and ferociously anti-Shiite Sunni Arab monarchs, most notably King Salman of Saudi Arabia. It was affirmed by the United Nations by the UNSC resolution 2231 (2015). If the U.S. successfully sabotages it (not that this will be possible, as Condi Rice has recently remarked) Europe will be pissed. So will Russia and China, who are deepening ties with Iran. China is the first or second top trading partner with Iran, rivaling the UAE. It has plans to integrate Iran into the Shanghai Cooperation Organization.

In withdrawing from the agreement, Trump outrages the European corporations hoping to profit from massive new opportunities. He annoys Russia and China, but their dealings are less susceptible to U.S. obstruction. He annoys India, another top Iranian trade partner, although Trump has cultivated Prime Minister Moti so far. And Japan, which buys Iranian crude (and up until recent years was Iran’s #1 trade partner, before being overtaken by China).

Much of the world thinks: “That air-head of a U.S. president is breaking with the entire world in order to cater to that lying Netanyahu’s bellicose anti-Iran (regime change) agenda. This is not good for free trade or world peace.” Tehran will benefit from global sympathy, viewed (again) as a victim of U.S. bullying. What Trump does on Iran could crack the Atlantic alliance. That would be one positive result. It is time for the “Shock and Awe” unilateralism of the post-Cold War era to give way to a multilateral world in which vicious figures like Trump and John Bolton can no longer call the shots.

Gary Leupp is Professor of History at Tufts University, and holds a secondary appointment in the Department of Religion. He is the author of Servants, Shophands and Laborers in in the Cities of Tokugawa Japan; Male Colors: The Construction of Homosexuality in Tokugawa Japan; and Interracial Intimacy in Japan: Western Men and Japanese Women, 1543-1900. He is a contributor to Hopeless: Barack Obama and the Politics of Illusion, (AK Press). He can be reached at: gleupp@tufts.edu