US Media Creating a Climate for War With Iran 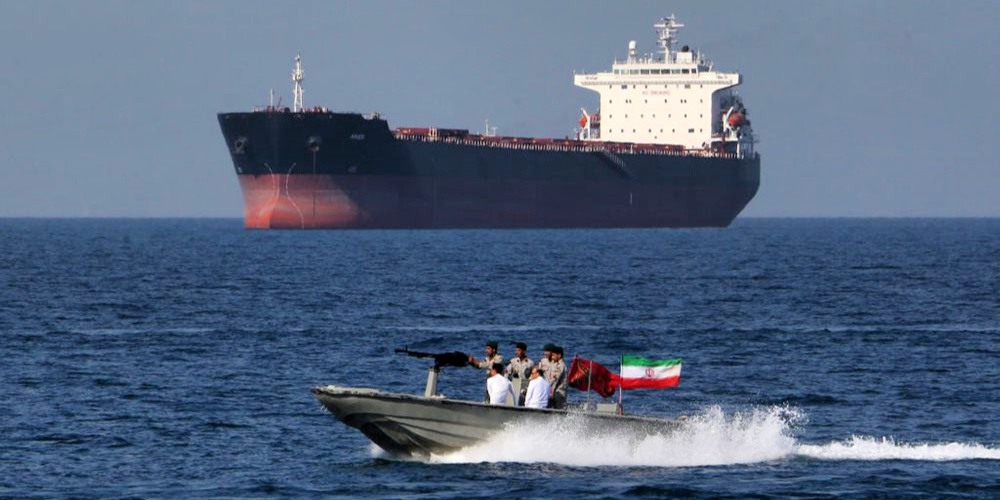 Media outlets are creating a climate for a US military attack on Iran by hyping the idea that Iran is an imminent threat to peace, by failing to offer evidence that calls the US’s accusations against Iran into question, by amplifying warmongers’ voices and by naturalizing America’s supposed right to spy on every country on earth.

Headlines are breathlessly suggesting to readers that Iranians are going to kill Americans if Americans don’t kill Iranians first.

A Hill article (6/7/19) told readers “Why Congress Needs Accurate Intelligence on the Iran Threat”; Fox (6/14/19) explained “The Trump Administration’s Strategy to Meet Threat from Iran.” A New York Times article (6/17/19) by David E. Sanger called Iran one of the “nuclear crises” facing the US, even though the International Atomic Energy Agency has said that Iran does not have a nuclear weapons program and hasn’t been close to having one since at least 2003, and there is reason to believe that it never has been close.

Presenting Iran as a threat, nuclear or otherwise, over and over again carries the clear message that it must be confronted. Yet it’s much more accurate to say that the US is a threat to Iran than the opposite (FAIR.org, 6/6/19); after all, it’s the US government that is destroying Iran’s economy through sanctions that limit Iranians’ access to food and medicine, while surrounding Iran with military bases and land, sea and air forces. Iran has done nothing remotely comparable to the US.

Media outlets also create a climate for war when they fail to offer evidence that contradicts US government narratives about Iran. Sanger’s supposedly neutral piece of reporting in the Times (6/17/19) made three references to attacks on oil tankers in the Gulf of Oman for which the US blames Iran, in one case implying that readers should believe that Iran was responsible, writing:

Even the Democratic chairman of the House Intelligence Committee, Representative Adam B. Schiff, no friend of Mr. Trump’s, says the evidence is overwhelming that Iran was responsible for the attacks on the tankers.

Schiff may be “no friend of Mr. Trump’s,” but that doesn’t necessarily make him a skeptic of intelligence claims about official enemies; he voted to authorize force against Iraq in 2002 on the basis of bogus intelligence claims that that country possessed unauthorized weapons of mass destruction.

At no point did the Sanger article mention the evidence that casts doubt on the claim that Iran carried out the attacks—for instance, the owner of one of the tankers, the Kokuka Courageous, said that it “was struck by a flying projectile, contradicting reports by U.S. officials and the military” that a mine was a source of the damage to the vessel.

Another ostensibly objective Times report (6/20/19), this one on Trump’s apparent approval and subsequent cancellation of a military attack after Iran shot down a US drone, said that

United States officials sought to bolster their case that Iran was responsible for last week’s tanker attacks, telling journalists at a briefing that fragments recovered from one of the tankers bore a “striking resemblance” to limpet mines used by Iran.

This account also leaves out that, in addition to the statement from the owner of the Kokuka Courageous, those aboard one of the other ships thought it was a torpedo that hit them.

An Associated Press story (6/20/19) on the drone affair reported:

The US has been worried about international shipping through the strategic waterway since tankers were damaged in May and June in what Washington has blamed on limpet mines from Iran, although Tehran denied involvement. On Wednesday in the United Arab Emirates, the US Navy showed fragments of mines that it said bore “a striking resemblance” to those seen in Iran.

This article, like the two from the Times, opted against noting the above-mentioned flaws in the US’s account of the June tanker attacks, or the strong political reasons for Iran to not carry out these acts. Nor does the piece mention the shortage of evidence for US government allegations that Iran damaged tankers in May.

Instead of mentioning these elements of the story, the reports exclusively gave voice to the US government’s version of events. Without the evidence that calls that account into question, US/Iran relations are presented as a series of attacks by Iran against the US and its partners—first oil tankers, and then a US drone—which encourages people to see Iran as a violent aggressor that needs to be dealt with violently. Providing readers with reasons to be skeptical about US government claims that Iran is responsible for the tanker attacks both undermines that master narrative, and can lead audiences to be suspicious about all claims Washington is making about Iran.

More directly, media outlets are creating a climate for war by giving megaphones to right-wing ghouls explicitly calling for a US military attack on Iran.

A column by the New York Times’ Bret Stephens (6/14/19) contended, “If Iran won’t change its behavior, we should sink its navy.” The word “behavior” telegraphs how Stephens presents Iran is a nation of children that needs to be disciplined by its masters in the civilized world. He writes that allowing Iran

to go unpunished isn’t an option. What is appropriate is a new set of rules — with swift consequences if Iran chooses to break them. The Trump administration ought to declare new rules of engagement to allow the Navy to engage and destroy Iranian ships or fast boats that harass or threaten any ship, military or commercial, operating in international waters. If Tehran fails to comply, the US should threaten to sink any Iranian naval ship that leaves port.

If after that Iran still fails to comply, we would be right to sink its navy, in port or at sea. The world cannot tolerate freelance Somali pirates. Much less should it tolerate a pirate state seeking to hold the global economy hostage through multiplying acts of economic terrorism.

In Stephens’ estimation, the US has the right to issue “a new set of rules” and, in the event that Iran doesn’t “comply” with the US’s imperial fiats about the waters off Iran’s shores, employ gunboat diplomacy to enforce them. Notice how quickly he slides from “the US” in the first of these paragraphs to “the world” in the second, as though these are one and the same. Interestingly, his definition of “economic terrorism” seems only to include actions that Iran is accused of taking but hasn’t been proven to have done, and not the full-scale destruction of the Iranian economy that the US has embarked on in plain sight.

Rather, argue El Lake (Bloomberg, 6/18/19), you should blame Iran for Trump’s aggression.

the US is somehow responsible for Iran’s [alleged tanker attacks], a point made by…Trump critics. This kind of analysis is leading to some bizarre policy recommendations. Already, European diplomats are urging Trump to drop his campaign of maximum pressure and adopt one of “maximum restraint.”

This is asking to be blackmailed. And now that Iran is threatening to exceed the limits to uranium enrichment it agreed to in the 2015 nuclear deal, it’s more important than ever to understand that restraint and dialogue will not bring Iran to heel.

For Lake, Iranians are disobedient animals who the US should bring “to heel”—through violence, a revolting prescription even when applied to actual misbehaving animals. That the “2015 nuclear deal” is effectively null and void because the US tore it up is not the sort of detail that troubles a war propagandist like Lake.

In the Washington Post, Michael G. Vickers (6/21/19) argued that “the Trump administration should respond to [the tanker episodes and Iran’s downing of the drone] with strikes of its own on Iranian and Houthi air-defense assets, offensive missile systems and Revolutionary Guard Corps bases,” on the grounds that “by reinforcing deterrence, a short-duration US military operation may well help to prevent a wider conflict with Iran.”

In effect, his argument is that the best way to avoid a war with Iran is to have a war with Iran, as well as ratcheting up the war on Yemen, as if the US and its allies hadn’t done enough to Yemen already. What the US would be “deter[ing]”—a word that appears four times in the article, including in its headline—is Iran’s ability to interfere with the US capacity to spy on and bomb the country: Vickers called for bombing “air-defense assets,” giving away that his concern is with making Iran incapable, not merely of carrying out hypothetical and extremely unlikely offensive attacks, but of exercising its right to defend itself.

At no point does Vickers, or the Associated Press story on the downing of the drone, or the Times report (6/20/19) saying Trump approved and then called off bombing Iran over the drone incident, or any corporate media article I can find, question the assumption underlying the US government and much of the media’s fulminating over Iran shooting down the drone: If the drone was shot down in international airspace rather than over Iranian territory—and by no means has this been proven—it’s an outrage for Iran to interfere with the US’s divine right to spy on any nation it pleases, at any time and to any degree that it wishes. Even if the US is telling the truth, its claim is that it was 21 miles off the Iranian coast with a drone that has “powerful surveillance sensors to monitor ground or maritime activity in great detail.” It’s all but impossible to imagine a scenario in which US media take for granted Iran’s right to deploy powerful spy equipment 21 miles off the US coast. (That’s less than the distance from Dallas to Ft. Worth, or from Tampa to St. Petersburg.)

And treating arguments for bombing countries like those from Lake, Stephens and Vickers as though they are merely interesting ideas worthy of consideration—rather than calls to carry out war crimes—normalizes imperialist aggression. If the public is told that starting wars against other countries with no credible pretext is a reasonable action, the likely outcome is that ever more people will become inoculated against efforts to try to stop potential and ongoing slaughters.