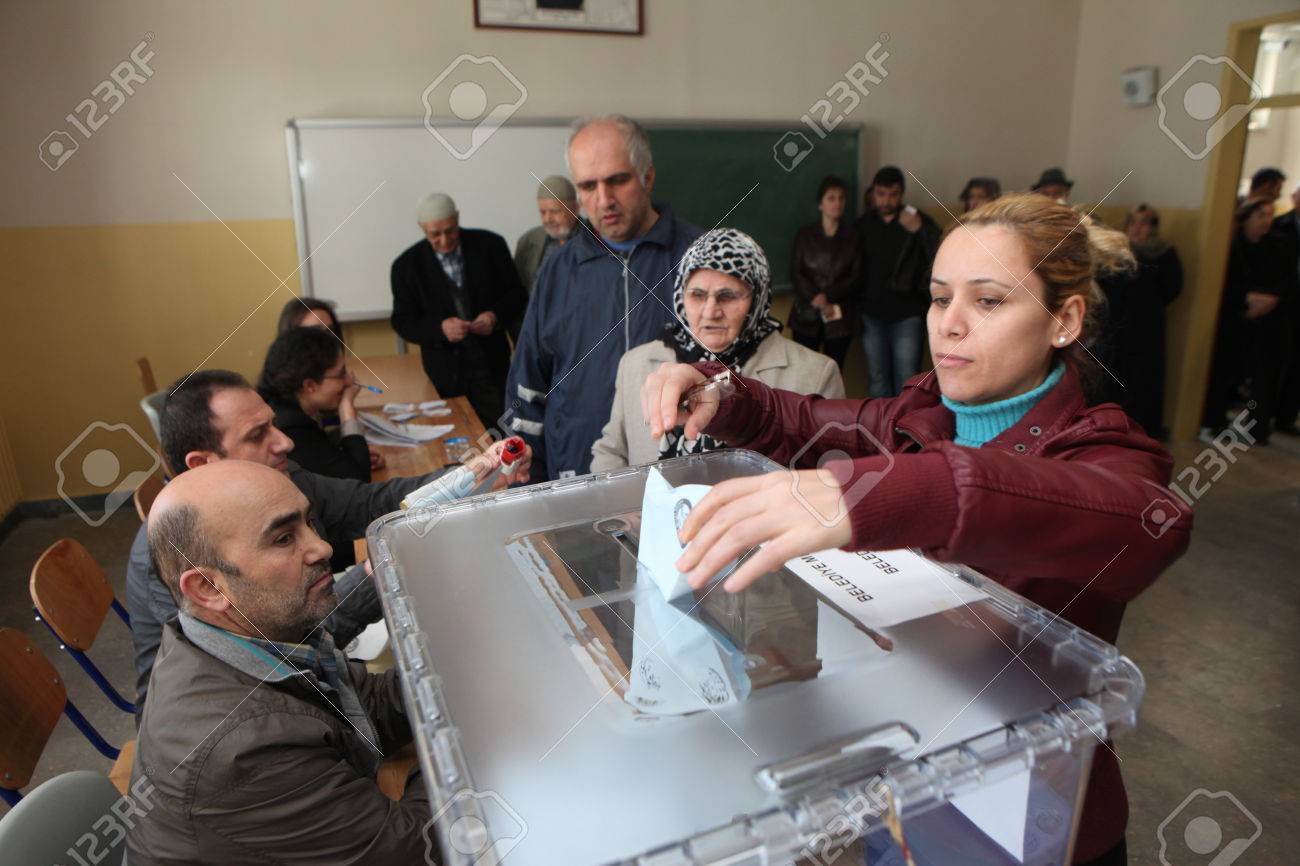 Step by step over the years, President Recep Tayyip Erdogan of Turkey sought to ensure nobody could challenge him. He marginalized adversaries. He purged the army, the police and the courts. He cowed the press. He strengthened his powers in the Constitution. And he promised Turks a bright economic future.

So it was a huge surprise when the outcome of weekend municipal voting showed on Monday that Mr. Erdogan’s party had not only lost control of Ankara, the political center, but maybe Istanbul, the country’s commercial center, his home city and longstanding core of support.

Even if the results were not final, they amounted to the most momentous political earthquake to shake Mr. Erdogan in nearly two decades of basically uncontested control at the helm of Turkey, a NATO ally and critical linchpin of stability in the region.

What was different this time was the rapidly tanking economy and a highly disciplined opposition.

It deployed monitors to not only scrutinize the vote tallies but also sleep on sacks of sealed counted ballots to guard against possible tampering by members of Mr. Erdogan’s ruling Justice and Development Party, the AKP.

“We think they were not able to rig the election,” said Ilayda Kocoglu, 28, vice president of the Istanbul branch of the opposition Republican People’s Party, or CHP, who slept on some sacks herself. “They were not expecting us to be that organized, or that resolved.”

The results do not mean that Mr. Erdogan, whose term as president lasts for four more years, will change his behavior, which includes promoting Islamic religious values over secularism, closer ties to Russia and chillier relations with NATO. But the election showed Mr. Erdogan has weaknesses.

“It’s a catastrophe for him,” said Asli Aydintasbas, a senior fellow at the European Council on Foreign Relations. “We now know he is not invincible.”

Turkey’s weakened economy, which had rapidly expanded for years under Mr. Erdogan, was at the top of voters’ concerns, despite Mr. Erdogan’s exhortations that the problems are not of his making. The country tumbled into a recession in March. Unemployment exceeds 10 percent, and up to 30 percent among young people. The Turkish lira lost 28 percent of its value in 2018 and continues to weaken. Inflation has reached 20 percent.

Ms. Kocoglu said she and her colleagues understood within an hour of the closing of polls Sunday night that they were watching Turkey’s most momentous change since Mr. Erdogan took power. Even the most remote areas of the Istanbul metropolitan area showed a defeat for Mr. Erdogan’s mayoral candidate.

As of Monday night, results from the High Election Council had still not been fully released and Mr. Erdogan’s party had not conceded defeat in Istanbul. But the tally showed the opposition candidate, Ekrem Imamoglu, ahead with 99 percent of the votes counted.

At a late-night news briefing in Istanbul, Mr. Imamoglu said he was trusting in Turkey’s institutions more than the AKP to confirm his victory. “I don’t expect this from the party,” he said. “For years to come AKP will not accept my win.”

Opposition mayors in Turkey’s two most important cities give the Republican People’s Party high-profile opportunities to show how it can govern effectively, with control of municipal services from garbage collection to mass transit. And Mr. Imamoglu has promised that as mayor of Istanbul, he would audit the books, a prospect that could create new problems for the AKP should he uncover evidence of corruption under the ruling party’s watch.

The Republican People’s Party, long criticized for a lack of organization, for once was well prepared for the election. Mr. Imamoglu, 49, a former district mayor, mobilized thousands of volunteers to observe every ballot box in the greater metropolitan area and record the count on a specially designed application, giving the party its own independent tabulation.

“We were able to compare our numbers with theirs,” Ms. Kocoglu said.

A decisive moment came at 9 p.m. Sunday when Mr. Erdogan gave his first speech of the evening, claiming victory for the AKP overall in the municipal district elections. The election commission suddenly stopped releasing election results for Istanbul, as did the semiofficial Anadolu news agency, which is widely followed on election nights as the source favored by the government for results.

The president’s camp had already seen which way the vote was going and had stopped the count, said Ozgur Unluhisarcikli, the Ankara director for the German Marshall Fund of the United States, a research institute. “They stopped it to think what they could do,” he said. There was even discussion of some kind of intervention, he said.

“We were very afraid,” Ms. Kocoglu said. She recalled several elections when the election commission had stopped releasing details in the count, only to resume later and show an unlikely jump in favor of the ruling party.

Opposition supporters say this happened in a previous election for mayor of Ankara, and during the count for the 2017 constitutional referendum that gave Mr. Erdogan more executive powers and even in the presidential election in June.

The CHP’s efforts to tabulate its own count in 2018 failed when the party’s computer system broke down midcount. Its candidate later conceded defeat.

But this time was different. When Mr. Erdogan’s candidate, Binali Yildirim, a former prime minister, declared himself the winner in Istanbul, Mr. Imamoglu immediately went public, announcing that he was leading in the race and had the records to prove it. He made 10 public statements of his lead through the night.

Mr. Erdogan is responsible for what many critics call an imperial presidency in Turkey. He oversaw a severe repression and government purging after a failed 2016 military coup attempt that he blamed on a longtime rival-in-exile, Fethullah Gulen, a cleric who lives in the United States. Under Mr. Erdogan, Turkey also has been a leading jailer of journalists.

But Mr. Erdogan’s domination as Turkey’s leader is also attributed to his unquestioned political talents and the failure of the main opposition party to put forward good candidates and broaden its appeal. CHP supporters have often questioned why their leaders have seemed to hand election after election to Mr. Erdogan.

The determination of the opposition was one thing, but support across society and even inside Mr. Erdogan’s own party appeared to waver in the latest vote.

“The opposition stood firm, and there were signs of a public unleashing,” Mr. Unluhisarcikli said, describing strong public support on Twitter and other social media.

By 11 p.m. Sunday, Mr. Erdogan appeared in Ankara and conceded the loss of at least one city to the opposition — a huge setback by itself.

Mr. Erdogan has become increasingly aloof over the years, surrounded in his vast presidential palace by a smaller and smaller circle of aides and ministers.

Yet political analysts were in little doubt that he made the decision to allow the true results for the Istanbul vote to be released Monday morning in order to protect his own electoral legacy.

“Erdogan is not a crazy person, he is intelligent,” Ms. Kocoglu said.

Ms. Aydintasbas said Mr. Erdogan, who has always drawn legitimacy from the ballot box, would have seen it was impossible to alter the result. “There was no real way,” she said. “They did not find a way of doing it without losing legitimacy.”

Others said Mr. Erdogan knew the risks to the economy if there were a wrangle over the election or a protracted dispute. The lira could fall sharply, as it did last summer, with drastic repercussions for businesses and livelihoods.

By accepting the election result, Mr. Erdogan has saved the reputation of the Turkish electoral system, which has given him legitimacy over the last 17 years, Mr. Unluhisarcikli said. “With this one election Erdogan has dispensed the clouds of doubt of all the past elections.”

The swing away from Mr. Erdogan and his party in his home city, a place that he often describes with love and emotion, showed an unexpected success from the opposition alliance, which persuaded voters to vote tactically, despite their differences. Votes from the minority Kurds, and from unhappy conservatives who abandoned Mr. Erdogan, were critical, said Ms. Aydintasbas, who has followed Mr. Erdogan’s career closely.

Ms. Kocoglu said that the election was a critical victory for the opposition since no further elections are scheduled for four years.

“I still cannot believe it,” she said. “When AKP came to power I was in middle school. I have never seen a victory.”