A Year After Khashoggi’s Murder, Saudi Arabia is Lurching Toward Chaos 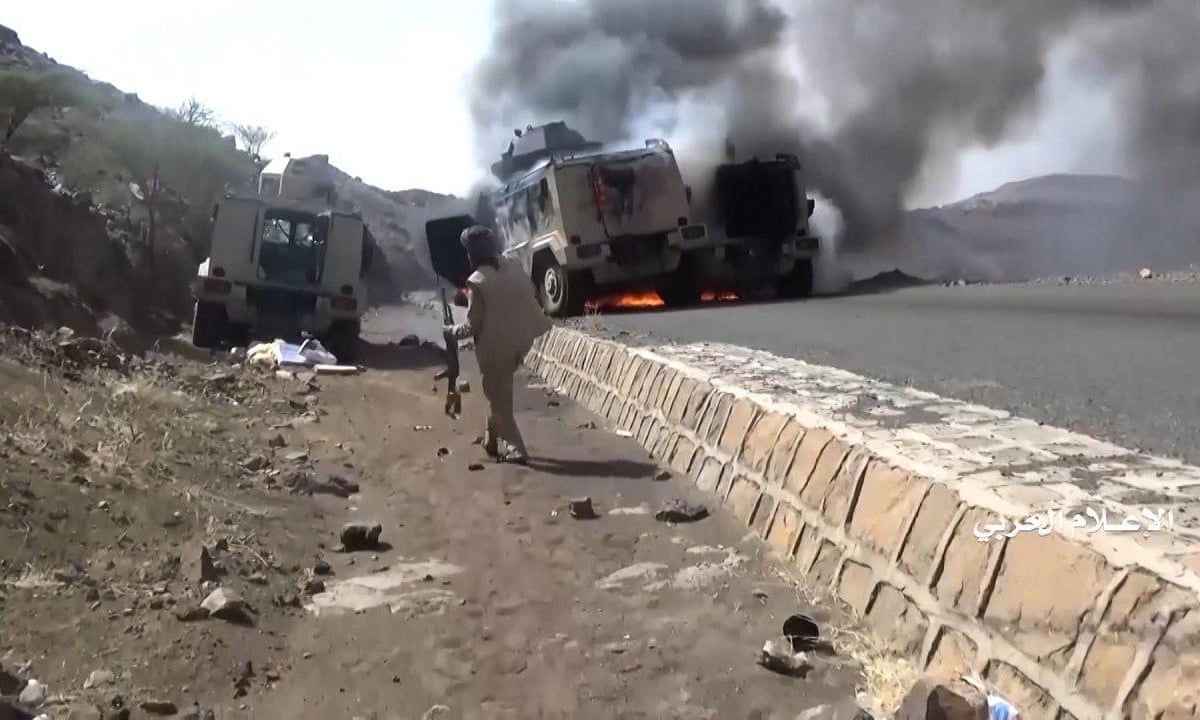 The Saudis are taking a pasting. Video pictures from the Houthis of Saudi soldiers and their allies killed or surrendering inside the Saudi border town of Najran represent a devastating blow to a kingdom which is constantly threatening war against Iran.

If it can’t protect its own armed forces inside Saudi territory, what is the point of wasting time menacing Iran with military action over the massive destruction of the oil facilities at Abqaiq and Khurais almost two weeks ago?

This is the same Saudi Arabia which kidnapped Lebanon’s prime minister Saad Hariri, bombed thousands of civilians in Yemen and tried to wipe out Qatar’s independence. Not to mention the little matter of chopping up Jamal Khashoggi almost one year ago in the country’s Istanbul consulate and then secretly burying bits of his body, for which Mohamed bin Salman – perhaps the worst crown prince in Saudi history – now takes national (but not personal) responsibility.

The news that King Salman’s personal bodyguard has now been murdered in Jeddah – by a “friend”, we are told – only adds a hysterical note to the chaos within the country.

Are the Americans now going to be asked to act as mercenaries for this bizarre kingdom?

Clearly Saudi Arabia’s own armed forces, clotted with jet fighters, missiles, American – and British – assistants, are as hopeless as they always were. Remember how they couldn’t defend themselves from Saddam after his invasion of Kuwait in 1990, which brought a pageant of international armies to “protect” them?

The Iranians may have concluded that Donald Trump – in the immortal words of American columnist Nicholas Kristof – is “the mother of all bunny rabbits”, but it seems pretty clear that Trump’s decision to tear up US commitments under the Iranian nuclear deal is a colossal disaster.

He’s now supposed to defend a vicious monarchy that threatens war against Iran for its (Houthi?) attacks on Saudi’s major oil installations – but with what? Does he bomb Iran and then ask it not to shoot back? At American ships? At US troops in Saudi Arabia?

In fact, this whole wretched saga is beginning to look less like “War in the Middle East” and more like “Carry On Up the Gulf”. We are supposed to take Iran seriously. But can this be done when it’s principal opponent – a kingdom which spoke of “cutting off the head of the snake” (Iran) – behaves like a buffoon?

It may be too soon to say that this is the ultimate crisis in US-Saudi relations; we know how Saudi money can quieten the entire world’s morality over the dissection of poor Jamal. Since our very own Downing Street buffoon takes the Saudi side, there’s no point in waiting for comment from the UK.

But pretty soon, the Americans or the EU are going to have to do what Eisenhower did when he sent Dulles off to admonish Eden during the 1956 Suez War and say: “Whoa Boy!”

Meanwhile stand by for the next episode in the “Carry On” saga. Another Saudi roar of defiance at the Islamic Republic? Another oil tanker snaffled off to Bandar Abbas? More drones – coming 30 at a time – deep inside Saudi territory? Or just more bombed wedding parties or prisoners’ bodies in the dust of Yemen?

I’d bank on the latter. It will be another attempt to destroy one of the poorest countries in the world by one of the world’s richest.

Originally posted on The Independent and Counterpunch, October 4, 2019