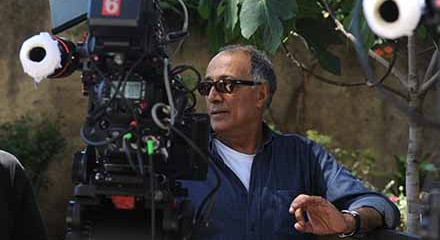 The film director, painter, poet and photographer, Abbas Kiarostami, who died on July 4 2016, was one of Iran’s most important contemporary artists.

He always said he wanted to be a painter, but he “stumbled accidentally into film making” and was known principally for his achievements in this area. He gained international recognition with three films known as the ‘Koker trilogy’ (1987-94), named after a small village in Mazandaran province in the north of Iran, although his first film was Where is the friend’s home? (1987). This was followed by Life, and nothing more (1992), when he tried to blend fiction and documentary in the aftermath of the devastating 1990 earthquake in northern Iran. In 1994, Kiarostami directed Through the olive trees, which revolved around the making of a fictional second installment of Life, and nothing more.

Although Jafar Panahi is rightly credited for directing the award-winning film White balloon, it was Abbas Kiarostami who wrote the screenplay. Filmed in a working class district of Tehran, it takes a subtle look at a number of social and political issues, including the accidental encounter of the two main characters – a seven-year-old girl and her younger brother – with a conscript soldier.