After Four Decades of Chaos is Iraq Finally Stabilizing? 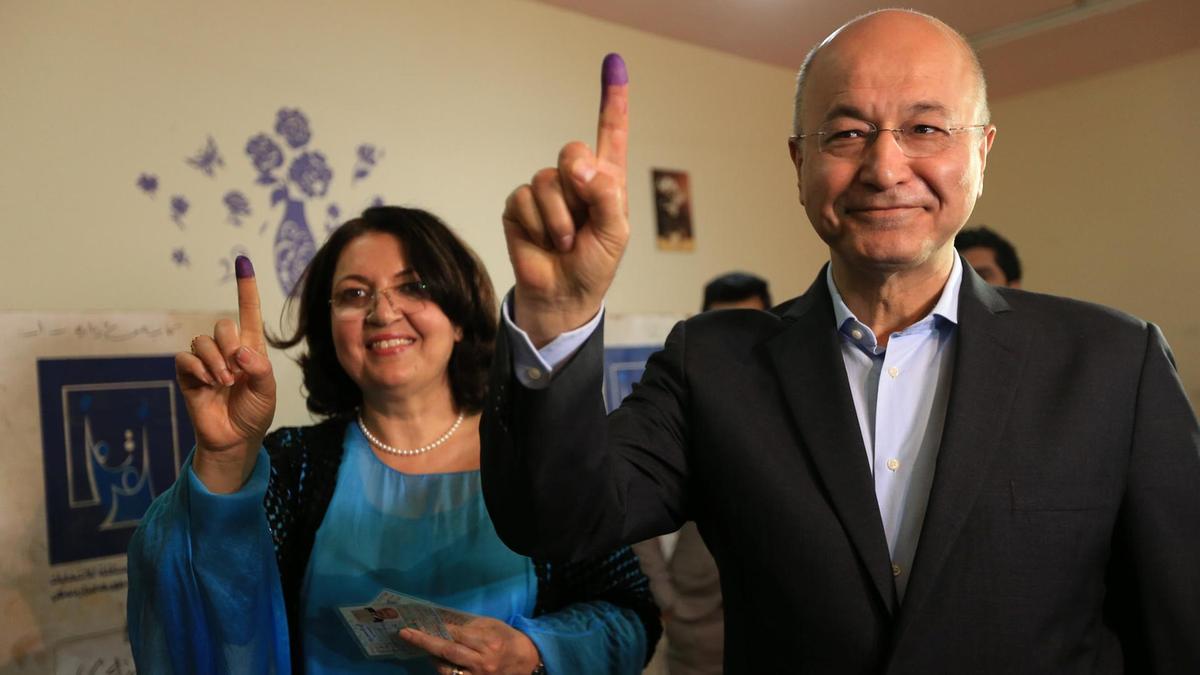 Changes of government in Iraq are often fiercely disputed and frequently violent. When the monarchy was overthrown in 1958, the young King Faisal II was machine gunned in the courtyard of his palace in Baghdad and his body later strung up from a lamp post.

Few of his successors met peaceful ends up to the fall of Saddam Hussein in 2003 and political transitions in the following years have provoked extreme rancour inside Iraq and intense political pressure from foreign powers.

In contrast to this bloodthirsty tradition, the choice of the veteran Kurdish politician Barham Salih as president by the Iraqi parliament and his selection as prime minister of Adel Abdul-Mahdi, an independent Shia Islamist politician, was peaceful and low key.

The formal handover ceremony took place at the presidential palace in Baghdad’sGreen Zone, where Mr Salih was saluted by an honour guard and received by outgoing president Fuad Masum.

The appointments were a long time coming – it is almost five months since the general election on 12 May – but, when they did come, they were welcome or, at least, accepted by almost all the main political players. Mr Abdul-Mahdi now has 30 days to put together a government and is likely to succeed in doing so.

The political climate is very different today from the last change of prime minister in 2014 when Haider al-Abadi took office after the Iraqi army had been routed by Isis, whose fighters were only an hour’s drive north of Baghdad.

Isis still carries out sporadic killings and bombings but on nothing like the scale of the past. Violence is at its lowest level in Iraq than at any time since 2003. The turnaround is really even more radical in that Iraq is no longer being engulfed by wars, crises, revolutions and sanctions as it has been over a period of almost 40 years since Saddam Hussein seized supreme power and invaded Iran.

Cynics in Baghdad contend that the lack of serious political strife is explained by the fact that Mr Salih and Mr Abdul-Mahdi are well-entrenched members of the Kurdish and Shia political elite that replaced Saddam Hussein 15 years ago and has misruled the country ever since.

Both men have held senior government posts in the past, leading to expectations that the politicians that chose them will get their normal share of ministries, jobs and contracts.

“Has any state as corrupt as Iraq ever really been reformed?” asked one political commentator with a long experience of Iraqi politics.

The pressure for reform of the kleptocratic state is greater than ever before. Popular discontent was underlined this summer by the mass demonstrations in Basra protesting the lack of electricity and water, supply failures that culminated in the drinking water becoming so poisonous that thousands of people were admitted to hospital after drinking it.

The electoral success of Muqtada al-Sadr, the populist nationalist cleric whose Sairoon Alliance topped the poll in the general election in May, showed the growing primacy of social and economic issues over sectarian solidarity.

Mr Sadr is well aware of the scepticism among many Iraqis who believe that his movement’s zeal for reform would evaporate once its leaders took office as ministers.

To counter this, he said on Thursday that his bloc would not nominate “any minister whatever” for the new cabinet, giving Mr Abdul-Mehdi one year to carry out reforms or face “an uprising”, a threat which carries more weight since the burning of government and party offices in Basra.

“We have succeeded in pushing for an independent prime minister … and have encouraged him to form a cabinet without being put under pressure from parties or sects,” tweeted Mr Sadr. “We have issued our instructions not to nominate any member of our bloc to assume a ministerial post in the upcoming cabinet. We have agreed to give the premier a one-year ultimatum to prove his success and take serious steps to build Iraq and shun autocracy.”

Such reforms will be difficult to carry out because it is not only the elite that plunder Iraq’s oil revenues. At least $4bn a month is spent paying some 4.5 million state employees who often hold their jobs because of party or religious allegiance.

The choice of president and prime minister already shows that there is some change in who holds power in Baghdad and the Kurdish region. Mr Abdul-Mehdi is not from the Shia Dawa party that has provided the last three prime ministers, but from the Islamic Supreme Council of Iraq (ISCI), a religious party that has had close links with Iran. Mr Salih comes from the much-divided Patriotic Union of Kurdistan (PUK) that rules the east of the Kurdistan Regional Government territory.

Both appointments show a shift towards Iran and away from the US. This is significant because the US was hoping to see Mr Abadi, with whom it had cooperated successfully against Isis, stay on as prime minister. At one moment, he had seemed to say that he would go along with US sanctions against Iran.

Although Mr Abadi was prime minister when Mosul was recaptured from Isis and the oil city of Kirkuk reclaimed from the Kurds, he gained little credit for it among Iraqi voters.

The reduction in violence allowed them to focus on the mass theft of state resources under Dawa which has failed to improve, or even maintain, the infrastructure.

The choice of Mr Salih is a sign that the influence of Masoud Barzani, long the most powerful Kurdish leader, has been reduced by his referendum on Kurdish independence last year. This precipitated the advance of the Iraqi security forces on Kirkuk and other territories disputed with the Kurds. Part of Mr Salih’s party, the PUK, cooperated with government forces.

All Iraqi governments are, to a greater or lesser extent, fragile because of religious and ethnic differences, but the new government is a sign that Iraq is stabilising after four decades of violence and division.