Posted by Editor on Saturday, November 5, 2016 · Leave a Comment 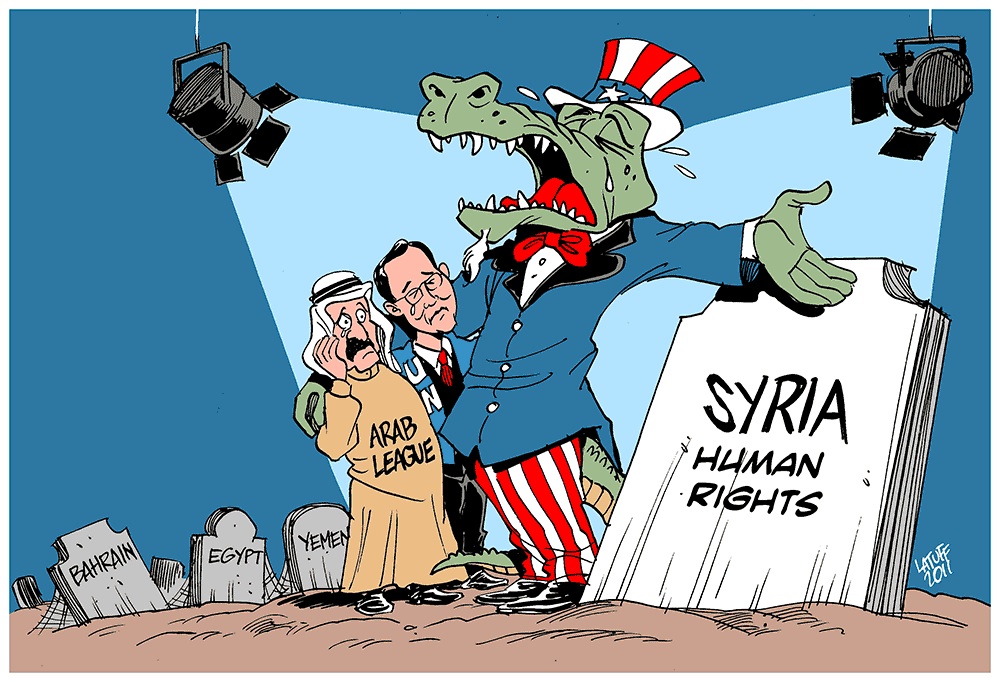 Alan Woods,
In Defence of Marxism.

The saying goes that there are lies, damned lies and statistics. To this list we must add diplomacy, which is lying raised to the level of an art form.
Diplomacy is part of war and is the political equivalent of war. The purpose of diplomacy is to conceal the real war aims of a given state from its citizens and to lay the blame for war and all its attendant horrors and crimes on the other side.

We see this now expressed in a laboratory fashion in the current hue and cry over Aleppo. Day after day the public in the West is submitted to a constant barrage of horror stories about the deliberate bombing of hospitals and aid convoys, heart-breaking images of injured children and dead bodies of civilians being dug out of the rubble.

It is only natural that such images arouse profound feelings of horror and disgust among any people with normal human feelings. But these feelings can easily be manipulated by those who are experts in the business of shaping public opinion according to certain interests. It is the duty of Marxists to cut across the fog of propaganda, to expose its cynical nature and to lay bare the real interests that lie behind it.