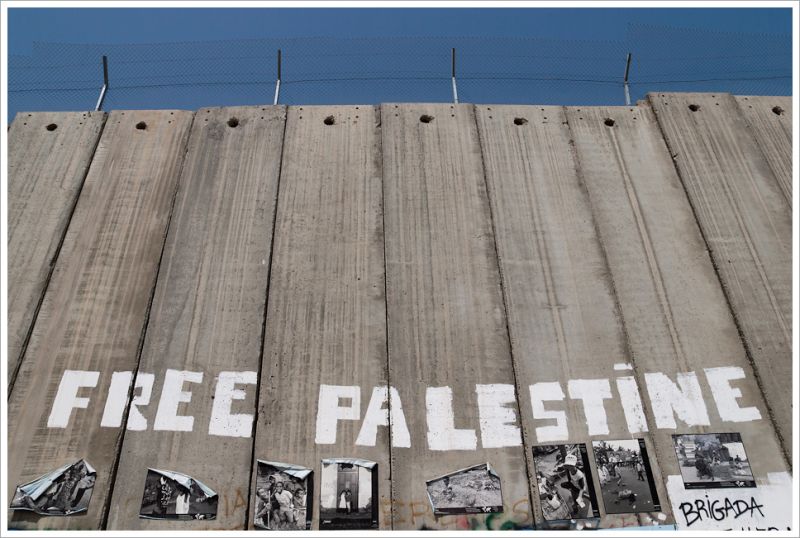 Media coverage of world affairs mostly focuses on Ottawa/Washington’s perspective. While the dominant media is blatant in its subservience to Canadian/Western power, even independent media is often afraid to challenge the foreign policy status quo.

Instead of seriously considering these “facts”, one Canadaland panellist partially justified suppressing Green Party voices favouring the BDS resolution and opposed talking about pro-Zionist media coverage because it contributes to stereotypes of Jewish control over the media. Diverting further from his “facts”, Brown bemoaned anti-Semitism and how Israel/Palestine debates rarely lead to agreement while another panellist mocked people from small towns who express an opinion on the subject. Aired on dozens of community radio stations across the country, the episode ended with a comment about how people shouldn’t protest those killed by Israel if they don’t take a position on the conflict between “North and South Sudan”.

(“North Sudan”, of course, doesn’t exist. And the ongoing war in that region is between two political/ethnic groups within South Sudan, which gained independence five years ago. But, even if they’d gotten their Sudan facts right, the statement is akin to saying Canadaland shouldn’t discuss major advertiser Enbridge pressuring the Vancouver Province to remove a cartoon critical of its Northern Gateway pipeline project because the show didn’t say anything about Tata Motors removing ads from the Times of India over their auto reporting.)

After detailing stark anti-Palestinian media bias, the Canadaland panellists cowered in the face of the “facts” presented. They failed to discuss whether the examples cited reflect a broader pattern (they do), what impact this has on Canadians’ perceptions of Palestinians (it is damaging) or explain the source of the bias.

One wonders if this reflects the panellists’ anti-Semitism, as if they fear talking about coverage of Israel will reveal a “Jewish conspiracy” to shape the news. But, there is no ethnic/religious conspiracy, rather a powerful propaganda system “hiding in plain sight”. While Canadian media bias on Palestine is glaring, that’s largely owing to the depths of grassroots activism on the issue, rather than dynamics particular to the subject. In fact, Canadian media bias on all aspects of this country’s foreign policy is shocking.

While there are particularities, coverage of Israel/Palestine fits the dominant media’s broad bias in favour of power on topics ranging from Haiti to Canada’s international mining industry. The main explanation for the biased coverage is a small number of mega corporations own most of Canada’s media and these firms are integrated with the broader elite and depend on other large corporations for advertising revenue. Media outlets also rely on US wire services and powerful institutions for most of their international coverage and these same institutions have the power to punish media that upset them.

Discussing the structural forces driving media bias and how they interact with the Canadian establishment’s long history of support for Zionism/Israel is a lot for a radio segment. But, the Canadaland panelists could have at least explored some notable developments/dynamics driving anti-Palestinian coverage.

After buying a dozen dailies in 2000 Izzy Asper pushed the CanWest newspaper chain to adopt extremist pro-Israel positions. When Montréal Gazette publisher Michael Goldbloom suddenly resigned in 2001 the Globe and Mail reported “sources at the Gazette confirmed yesterday that senior editors at the paper were told earlier that month to run a strongly worded, pro-Israel editorial on a Saturday op-ed page”, which was written by the head office in Winnipeg and was accompanied by a no rebuttal order. The CanWest editorial demanded Ottawa support Israel even as Israeli government ministers called for the assassination of PLO head Yasser Arafat after 15 Israelis were killed. “Canada must recognize the incredible restraint shown by the Israeli government under the circumstances. … Howsoever the Israeli government chooses to respond to this barbaric atrocity should have the unequivocal support of the Canadian government without the usual hand-wringing criticism about ‘excessive force.’ Nothing is excessive in the face of an enemy sworn to your annihilation.”