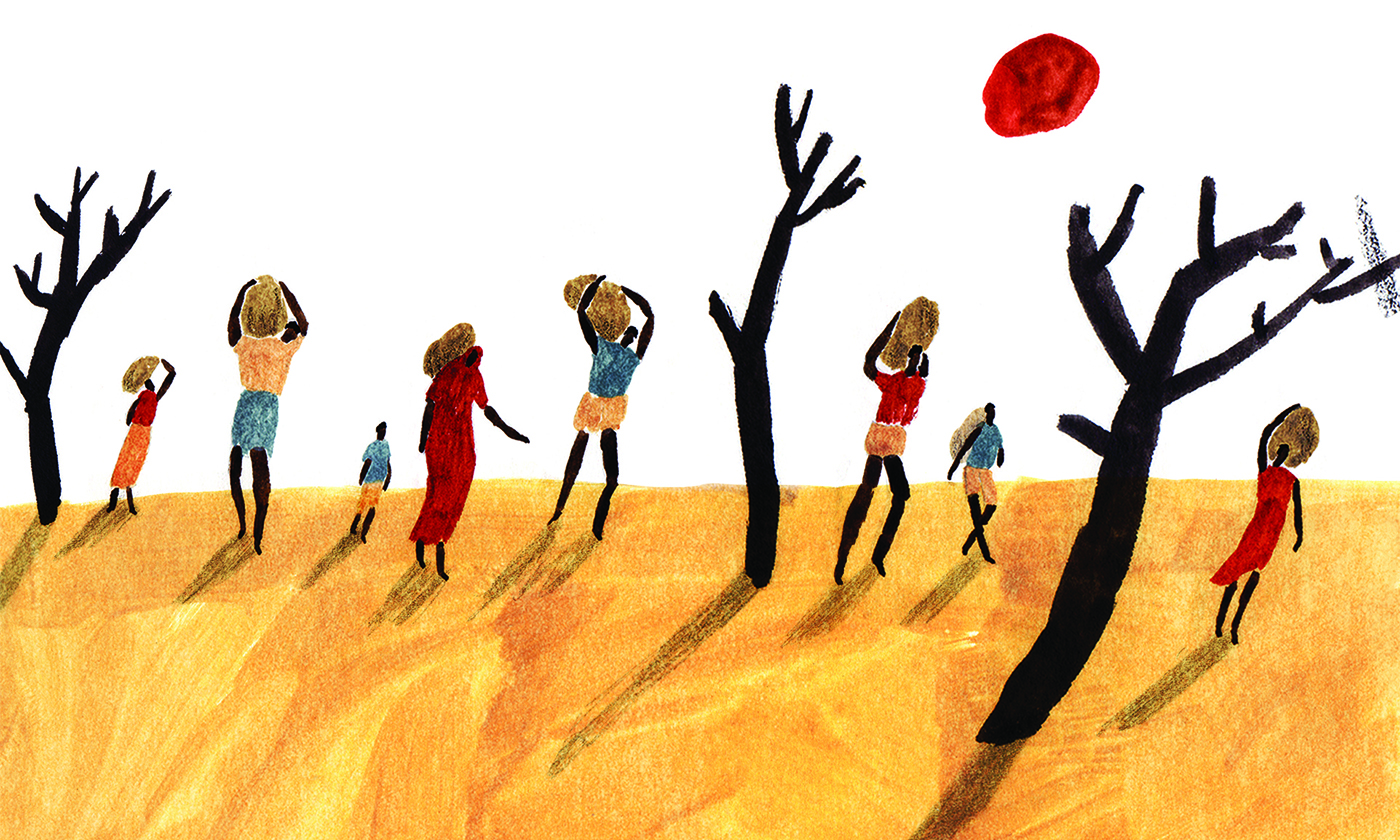 Research confirms that massive migration, into the millions, will be an inevitable consequence of global warming.

Before 2005, when Oxford ecologist Norman Myers announced that there would be 25 million climate-fleeing migrants by 2012, there wasn’t the research to back it up. There was a steadily increasing stream of reports, sure, but according to what Koko Warner of the United Nations University and lead writer of several of those reports told me, there wasn’t “the scientific methodological research that there is today.”

Today’s research confirms that massive migration—combined, as always, with a multitude of other effects—will be an inevitable consequence of global warming. Glacier melts are going to affect water flows and impact food production and migration. Heat and drought will also impact food production and migration. Environmental disasters are a major driver of short-term displacement and migration (though other studies have found that it is the gradual environmental degradation that causes movement in the long term). Saltwater intrusions, inundations, storm surges, and erosion from sea level rise—all issues facing northern Honduras—will continue to impel ever larger numbers of people to move. “There is strong evidence that the impacts of climate change will devastate subsistence and commercial agriculture on many small islands.” Warner et al. report that the Ganges, Mekong, and Nile River Delta are places where sea level rise of 1 meter could affect 235 million people and reduce landmass by 1.5 million hectares. An additional 10.8 million people would be directly impacted by 2 meters of sea level rise, which climate models now have to contemplate, given recent reports about feedback triggers and the accelerating disintegration of polar ice sheets. They report that “millions of people will leave their homes” in the years ahead.

Serious impacts of climate change are already happening and can be projected into the future with certainty. There is now a lot of empirical research that melds climate with migration. In Satkhira, the coastal district of Bangladesh, 81 percent of the people reported a high level of salinity in their soil in 2012, compared to just 2 percent two decades earlier. Farmers planted a saline-resistant variety of rice when Cyclone Aila surged in 2009, but the increase of salt in the soil has been drastic. “Almost all farmers lost their complete harvests that year.” According to the United Nations University Loss and Damage report, while many farmers kept to salt-tolerant varieties, 29 percent decided to migrate. Remember, if they dare cross into India, they encounter a steel barrier and Indian border guards who have shot and killed more than 1,000 Bangladeshi people. In Kenya, researchers arrived after the 2011 floods, which followed a pattern of increased precipitation over past decades, washing crops away, drowning livestock, severely damaging houses, and causing an outbreak of waterborne diseases. Aid came, but it was not enough. Sixty-four percent of people migrated or moved to camps. The drought in the north bank of Gambia in 2011 affected 98 percent of 373 households interviewed, many of which lost entire harvests. People also attempted to find alternative income to buy food. They sold things in the informal economy, and borrowed money. Still, displacement or migration impacted 23 percent of the region’s inhabitants. And although many people prefer to stay close to home after displacement and do not cross an international border, the tales of people from many countries in Africa facing the European border enforcement regime, often referred to as Fortress Europe, are virtually endless.

Current estimates for climate refugees are wide-ranging, and go as high as 1 billion people displaced by 2050. No matter what the final number may be, it is worth remembering that most of those making projections say that human migration in the 21st century will be “staggering.” The International Organization for Migration keeps its estimate around 200 million. The American Association for the Advancement of Science foresees 50 million mobilizing to escape their environment by 2020. As things stand, Honduras, and many countries in the global South, will contribute to those numbers significantly.

Harsha Walia wrote that “patterns of displacement and migration reveal the unequal relations between rich and poor, between North and South, between whiteness and racialized others.” And while visiting a refugee-occupied school in Germany in May 2015, renowned human rights advocate Angela Y. Davis said that “the refugee movement is themovement of the 21st century. It’s the movement that is challenging the effects of global capitalism, and it’s the movement that is calling for civil rights for all human beings.” And it is, dare I add, the movement that will challenge fossil fuel consumption and its contamination of the living biosphere. It may be in refugees, and their experience, where the answer lies.

Michael Gerrard of Columbia University’s Sabin Center for Climate Change Law told climate journalist Eric Holthaus: “I think the countries of the world need to start thinking seriously about how many people they’re going to take in. The current horrific situation in Europe is a fraction of what’s going to be caused by climate change.” Gerrard argued in an op-ed for the Washington Post that countries should take in people in proportion to the greenhouse gas emissions they pollute. For example, since between 1850 and 2011, the United States was responsible for 27 percent of the world’s total carbon dioxide emissions, the European Union 25 percent, China 11 percent, Russia 8 percent—so each country should be obligated to take in an equal percentage of climate refugees.

Instead, these are the places with the largest military budgets. And these are the countries that today are erecting towering border walls.