Coronavirus: Global academia gets a taste of the Palestinian lockdown 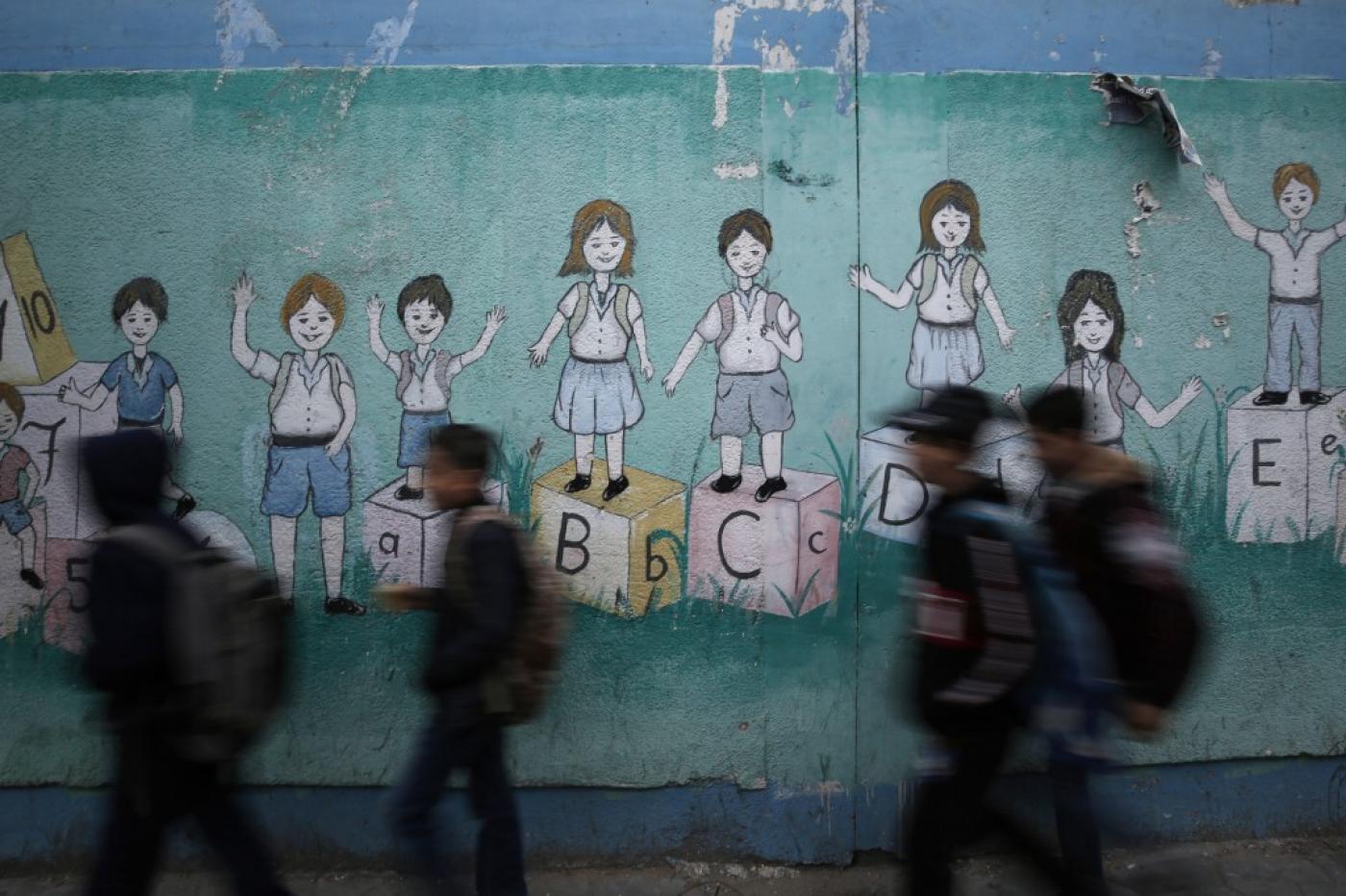 The outbreak of the Covid-19 pandemic has obstructed the education of students globally. But this is hardly new to Palestinian students and academics, whose educational life has for decades been systematically stymied by Israeli colonial practices.

The alarming spread of coronavirus has forced many universities and schools to close, embracing virtual learning in an attempt to contain the pandemic. This has affected more than 90 percent of the global student body, according to UNESCO.

To the majority of the world’s students, teachers, faculty members and chancellors, the closure of educational institutions is unprecedented. For their Palestinian counterparts, obstructed education is everyday life.

For decades, no Palestinian university or school has escaped lockdowns and interruptions. As a result, the right of successive Palestinian generations to an education, enshrined in the Universal Declaration of Human Rights, has been regularly violated and compromised under colonialism.

Israeli policies systematically obstruct Palestinian access to education daily, through the notorious restrictions on movement at military checkpoints, the apartheid wall and settlements, along with arbitrary arrests of students and faculty, school closures, campus raids, demolitions of classrooms, barring of international academics, and the siege on Gaza.

Precious learning opportunities and time are lost in waiting at checkpoints and being unable to reach the classroom, or due to a lack of exchange with international scholars and universities.

In the abnormal circumstances of Israel’s settler-colonial rule, strict, lengthy and sometimes deadly military closures and curfews have been enforced in Palestine – collective punishments that are illegal under the Fourth Geneva Convention. The Palestinian educational sector, especially students, have been the foremost victims of closures and lockdowns.

Since the 1970s, the Palestinian educational sector has been directly targeted. In 1974, the Israeli military government ordered the largest and most influential Palestinian university, Birzeit University, to shut down, and exiled its president.

In 1981, Birzeit was closed from November until January, and its president, administration and a number of faculty members and students put under house arrest or in Israeli prisons.

The restrictions and interruptions of Palestinian education were institutionalised through the power of martial law. In July 1980, Israeli authorities issued Military Order 854, a colonial piece of legislation that further intensified Israel’s grip over Palestinian higher education.

During the First Intifada, Palestinian universities were forced to shut down for four consecutive years, from 1988 until 1991. School education, too, was severely curtailed. It was the most extended closure ever in the education sector.

During the Second Intifada, strict militarised closures, curfews, sieges, restrictions on movement, and campus raids gravely impaired Palestinian higher education. Universities and schools were invaded, ransacked, bombed and closed. The damage was severe: more than 498 schools were shut down, 1,289 were temporarily closed, some were turned into military outposts, and 297 were bombarded. Between 2002 and 2005, Palestinian students lost 7,825 learning days.

During this period, Palestinian students, teachers and faculty often could not reach their universities, and they were exposed to harassment, imprisonment and the risk of being beaten or attacked with tear gas or live ammunition.

In addition, since 2007, the Israeli-Egyptian siege on Gaza has ruthlessly obstructed Palestinians’ right to education. Universities, schools, and other educational institutions were destroyed during Israeli assaults in 2008-9, 2012 and 2014. Gaza is cut off from the world, reducing its exchange with external scholars and universities.

The Palestinian educational sector has not succumbed to colonial restrictions, continuing to resist and pursue innovative ways of carrying out its learning mission. Even without the luxury of virtual learning, Palestinians have taught and learned in any available space, even turning their kitchens into laboratories with equipment moved in from university labs.

For Palestinian students, faculty and administration, uncertainty is the norm, not a deviation. They are ever unsure as to whether they will be able to complete an academic year.

Unfortunately, the Covid-19 crisis has universalised this chilling sense of uncertainty. Nearly every student, teacher or administrator is experiencing the painful uncertainty that their peers in Palestine have been going through for so long.

Covid-19 has given us all a personal taste of the deleterious effects of closures and restrictions on education. The world of academia now has first-hand experience of what generations of Palestinian students, teachers and scholars have contended with under Israeli settler-colonialism.

Once the Covid-19 crisis ends, educational life will get back to normal in many parts of world. But not in Palestine, where education will continue to suffer from systematic restrictions and interruptions, until colonial rule ends.

When the current crisis passes – and it will – the world of academia will bear a greater moral duty to stand in solidarity with its Palestinian counterparts than at any time before.

Main image: Palestinian children walk past a mural on their way to a UN-run school in Gaza City on 14 December (AFP)

Emile Badarin: Emile Badarin is a postdoctoral research fellow at the European Neighbourhood Policy (ENP) Chair, College of Europe, Natolin. He holds a PhD in Middle East politics. His research cuts across the fields of international relations and foreign policy, with the Middle East and EU as an area of study.