Deconstructing the election to Iran’s Majlis 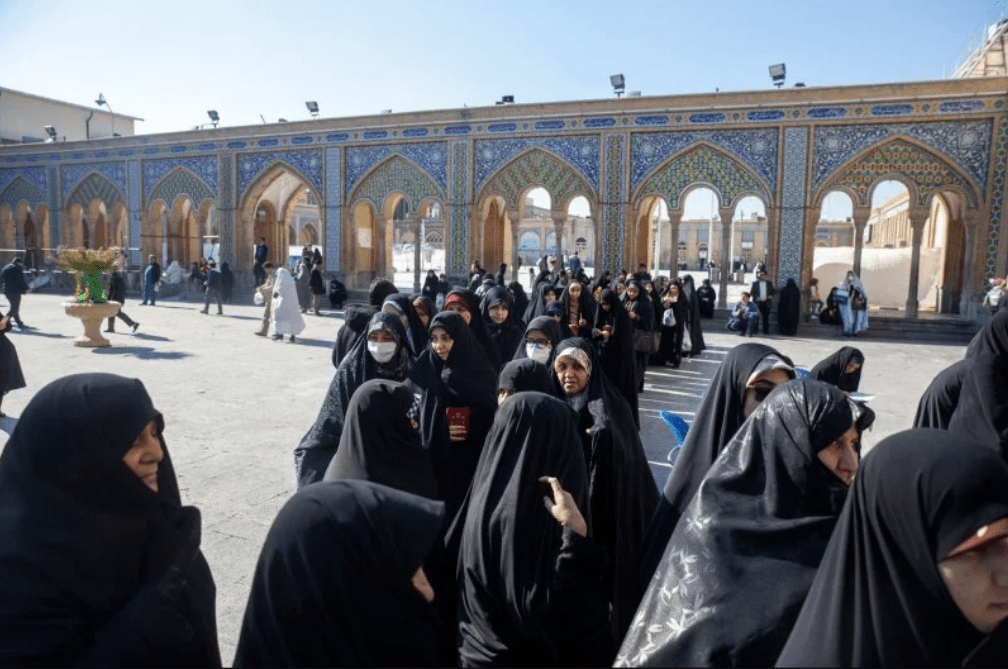 Iran’s parliamentary election on Friday took place in extraordinary circumstances. The pandemic fear over coronavirus significantly impacted the voter turnout, which is estimated to be around 42% (as compared to 62% in the 2016 election to the Majlis). A dozen people have died so far in Iran and a few dozen diagnosed with the virus outbreak. There are conflicting reports. Turkey, Pakistan, Afghanistan, Iraq and Armenia have closed their border with Iran.

There are many underlying factors behind the popular discontent that the election results reflect — in particular, the anger at the 2015 nuclear deal’s failure to bring jobs and social improvements (as promised by President Hassan Rouhani), corruption, mounting social inequality, inflation and poverty rates, water shortages, spiralling cost of living and high unemployment. Strikes and protests among teachers and the working class became frequent in the recent years.

A concerted effort by Tehran to broaden and deepen relations with China and Russia can be expected.

The US sanctions have devastated social conditions, driving up inflation and poverty rates. A report last year by the Iranian parliament’s research office acknowledged that some 57 million of Iran’s 80 million population would live in poverty.

Having established control over the Majlis, the Principalists will most certainly make a determined bid to capture the presidency in the August 2021 election when Rouhani completes the second term in office and must step down as stipulated by the constitution. A politically surcharged climate will prevail in the coming 18-month period.

Rouhani’s capacity to manoeuvre will be severely restricted and as a weakened president, he will have to depend on cooperation of the Principalists, which may not be forthcoming.

One peculiarity of the struggle is that it is also a reflection of differences over foreign policies, especially the standoff with the US. Broadly, the Principalists are hardliners in regard of Iran’s relations with the West, while the reformists have keenly (but vainly) sought Iran’s integration into the world economy by improving the country’s relations with the West.

Thus, the “big picture” is that the Trump administration’s maximum pressure approach has pushed Iran to the right. The assassination of the iconic IRGC general Qasem Soleimani in a US drone attack in January set in motion long-term shifts in Iran’s domestic politics.

Soleimani’s killing prompted the regime to resort to extreme measures to disqualify a broad swathe of moderate and centrist candidates from running in the parliamentary elections.

It almost seems now as if the hardliners in the Trump administration preferred to have the Principalists at the helm of affairs in Tehran.

If Trump’s unilateral withdrawal from the 2015 nuclear deal dealt a mortal blow to Rouhani’s prestige and created a mass perception that the US is an undependable interlocutor with whom constructive engagement is simply not feasible, the killing of Soleimani has totally discredited Rouhani’s approach towards the US, which eschewed confrontation and placed the accent on diplomacy.

Put differently, the regime is circling the wagons, as it were, sensing an existential threat to the Velayat-e faqih — or guardianship of the Islamic jurist — which is the Shia Islamist system of governance since the country’s 1979 Islamic Revolution, built on the rule of the clergy over the state.

Several western analysts had warned that the Trump administration’s policies would inevitably discredit the reformists and shift Iran’s political calculus toward the right, with negative consequences for regional security. But such warnings fell on deaf ears.

It almost seems now as if the hardliners in the Trump administration preferred to have the Principalists at the helm of affairs in Tehran. Indeed, no sooner than the conservative surge in the Majlis election appeared, the US Secretary of State Mike Pompeo has floated an inflammatory idea, during a visit to Saudi Arabia this week, that in the coming months, he and Trump will make a major decision about whether to petition the UN to invoke what is known as “snapback” on a set of international sanctions on Iran that were lifted as part of the 2015 nuclear accord.

Such a move has been rumoured for some time but this is the first acknowledgement by the Trump administration. The idea is to “to deal a deathblow to the nuclear deal” and to provoke Tehran to react.

Tehran has already warned that any move to reimpose blanket UN sanctions on Iran will compel it to expel the IAEA inspectors and resume its pre-2015 nuclear programme. Iran may even quit the NPT (as North Korea did.)

In sum, as two well-known American experts Julia Masterson and Samuel M. Hickey wrote recently in an essay in the Bulletin of the Atomic Scientists titled The US has a backup plan to kill the Iran nuclear deal. It could spark a crisis at the UN:

“A snapping back of UN sanctions on Iran could also lead Iran to kick out international nuclear inspectors, resume additional nuclear activities, and threaten a regional war involving great powers, historic adversaries, and non-state actors across the Middle East. In short, it would manufacture a crisis that the world can ill afford.”

A reconciliation with the West seems all but out of the question for the foreseeable future. The ascendance of the conservatives will likely see Iran’s withdrawal from previous commitment to the 2015 nuclear deal. Free of international control, Tehran can redefine its stance as it wishes.

A concerted effort by Tehran to broaden and deepen relations with China and Russia can be expected. Iran will rely on China and Russia for investment and technology transfers in line with the pivot to “resistance economy”, dispensing with imported goods.

M.K. Bhadrakumar served as a career diplomat in the Indian Foreign Service for over 29 years, with postings including India’s ambassador to Uzbekistan (1995-1998) and to Turkey (1998-2001). He writes the “Indian Punchline” blog and has written regularly for the Asia Times since 2001.