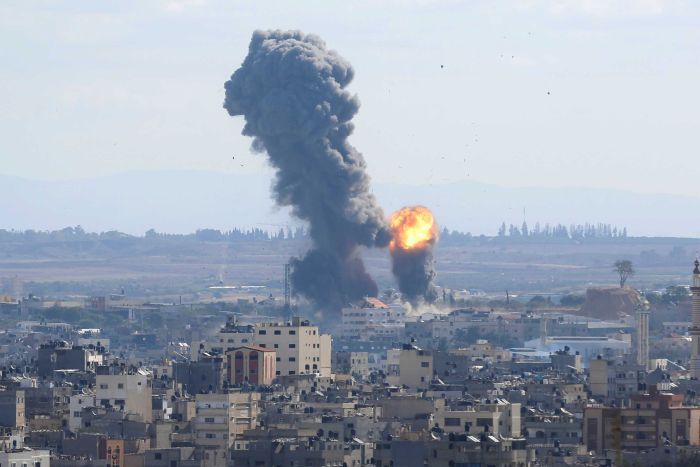 “We don’t want to go through the history on this.” Jared Kushner said in discussing his supposed peace plan for Israel-Palestine.

But in fact, it is selective history, buoyed by U.S. media, that has allowed the siege on Palestine to go on for so long. Phyllis Bennis, director of the New Internationalism Project at the Institute for Policy Studies, joined several broadcast programs this week to discuss Kushner’s plan and the recent violent escalations in Gaza.

“I don’t think there’s a real strategy,” said Bennis, pointing out that several leaks of Kushner’s plan reveal that it’s “not a deal having anything to do with peace, having certainly nothing to do with justice.”

It’s a system that resembles the one of U.S.-based factories on the U.S.-Mexico border, which “will allow both Palestinians and even more Egyptians to work in these factories without any accountability of labor rights, environmental concerns, nothing like that,” said Bennis.

Making a peace plan even more difficult to navigate are the four officially recognized “final status” issues — Jerusalem, Palestinian refugees, borders, and settlements. So far, said Bennis, the Trump administration has already taken Jerusalem off the table by essentially picking it up, [and] giving it to Israel as its undivided capital, and saying the Palestinians have no rights to Jerusalem.”

The refugee status of Palestinians is also “off the table,” said Bennis, noting that the U.S. considers only the few thousand Palestinians who were among the 750,000 who were expelled from their homes back in 1948 to be refugees, and not their 5 million descendants.

On the question of settlements, the U.S. has made clear that it accepts the Israeli annexation of the Golan Heights, and all the Israeli Settlements there. And it’s “widely understood that some version of annexation of most of the West Bank will be the next play,” said Bennis. So settlements are functionally off the table as well.

“All that’s really left, said Bennis, “is borders, and what we’re looking at is a reality where there’s only going to be one border. It’s going to be the border of the expanded Israel.”

Given all of this, it’s not hard to imagine why tensions have escalated.

“It’s one of those situations… where history is determined by when you start the clock,” said Bennis.

One version of events that’s widely reported is: Hamas rockets were fired on Friday night and Saturday morning into Israel, and everything Israel does is responding to those rockets.

But if you look at the day before, four Palestinians were killed — two by Israeli snipers for their peaceful protest near the Gaza fence on their own land inside the Gaza Strip, and two more were killed by Israeli airstrikes that preceded the Palestinian rockets.

U.S. media routinely starts the clock whenever there is a Palestinian act of violence, and the Israeli violence and Israeli war crimes are not recognized, she explained.

“And in fact, we are told that these Palestinian airstrikes or rocket strikes somehow ended several months of calm,” said Bennis. “It’s only calm if you’re on the Israeli side. If you’re on the Palestinian side in Gaza, there’s nothing remotely resembling calm.”

The question for most Palestinians these days, is about rights and equality. But that hasn’t been on the agenda for a very long time, Bennis said.

“What’s on the agenda now is a U.S. effort to impose Israeli domination as a final status arrangement, which will be accepted certainly by the Israelis, and hopefully by the Europeans, recognized by the United Nations, given into by the Global South, and, crucially, it will be endorsed by key Arab countries, most notably Saudi Arabia, Egypt, and the UAE,” Bennis said. “That’s what the U.S. plan is all about.”

Posted on Institute of Policy Studies and Z Communications May 11, 2019.