Europe’s efforts to hold Iranian officials accountable for their crime 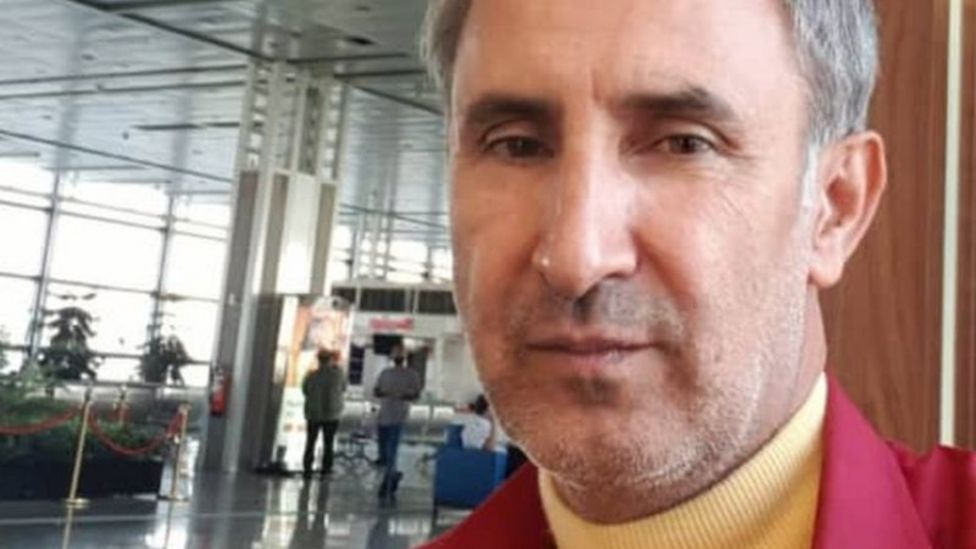 On July 14, a Swedish court convicted a former Iranian government official of war crimes, torture, and murder, sentencing him to life in prison for his involvement in the torture and mass execution of thousands of Iranian prisoners in what is known as the massacre of 1988. The following week, on July 20, Belgium’s parliament voted to ratify a widely criticized treaty allowing prisoner exchanges with Iran, a treaty that critics say could potentially open the way for an Iranian diplomat jailed on terrorism charges to return home and make it easier for Iran to engage in hostage taking. There is currently an ongoing conversation in Europe around how to hold the Iranian government accountable for its crimes — a subject that also resonates in the U.S., given Tehran’s alleged targeting of Iranian women’s rights activist Masih Alinejad. While efforts to bring justice to the regime’s victims continue, the road ahead will be difficult and sometimes it will be one step forward and one step back.

One step forward: Sweden and the massacre of 1988

Hamid Nouri, the former Iranian government official convicted in Sweden, previously served as the assistant to the deputy prosecutor at Gohardasht prison, a notorious detention center in western Tehran that houses thousands of Iranian political and social activists. Nouri was successfully lured to Sweden in 2019 and was promptly arrested on arrival in Stockholm. The Swedish principle of universal jurisdiction allows its courts to pursue serious charges such as murder or war crimes regardless of where the alleged crimes have been committed.

In the summer of 1988, Iran’s then-supreme leader, Ayatollah Ruhollah Khomeini, issued an execution order for all prisoners in the country who remained loyal to Iranian opposition groups. The majority of these prisoners belonged to the Mujahideen-e-Khalq, but the supreme leader’s fatwa (or religious edict) also targeted members of the Organization of Iranian People’s Fedaian, Marxists, Leftists, and other opponents of Khomeini.

While the attention of the Iranian public was diverted toward the Iran-Iraq War, the regime used the opportunity to forcibly disappear and extrajudicially execute thousands of prisoners for their political opinions and dumped their bodies in unmarked individual and mass graves from late July through September 1988. Amnesty International estimates the minimum death toll at around 5,000, while other sources suggest it could have been as high as 30,000.

Many of those killed in 1988 are buried in Khavaran cemetery. Located in the east of the capital, Khavaran was traditionally used as a resting place for members of Iran’s religious minorities, but following the mass executions of political prisoners and other accused opponents of the Islamic regime in 1988, it became known as a secret burial ground for some of the thousands that were killed. Since then, the Iranian government has done everything in its power to keep the families of the victims away and has punished those who have dared to enter the graveyard. In May 2022, a video circulating on social media showed that concrete walls and poles for surveillance cameras were being erected around the cemetery in an ongoing effort to hide the regime’s crimes.

Speaking to Radio Farda, Hamid Ashtari, a former Iranian political prisoner who filed the first complaint against Nouri alongside Iraj Mesdaghi, another former political prisoner, said, “This verdict is a condemnation of the Islamic Republic, and this verdict will be a document for future courts.” Hadi Ghaemi, the executive director of the Center for Human Rights in Iran, released a statement saying the trial “sets a precedent for holding other officials from Iran, and there are many, accountable for their killings of political prisoners and opponents of the state.”

The court decision serves as a call for justice but also raises the possibility that other Iranian officials might be tried abroad, and as a result is seen as an alarming threat to the Islamic Republic. The current president of Iran, Ebrahim Raisi, was involved in the massacre of 1988 as one of the four members of the so-called death commission for the province of Tehran alongside Hossein Ali Nayyeri, who was then a judge, prosecutor Morteza Eshraqi, and Mostafa Pourmohammad. Raisi, then working as a deputy prosecutor general, has repeatedly defended his actions in 1988, telling reporters at his first press conference as president-elect on June 21, 2021, “If a judge, a prosecutor has defended the security of the people, he should be praised.” Former U.N. judges and investigators have previously called on U.N. High Commissioner for Human Rights Michelle Bachelet to investigate Raisi’s role in the events of 1988.

One step back: Belgium’s treaty with Iran

But amid the recent success in Sweden, there have also been setbacks in the effort to hold the Iranian regime to account for its crimes. In a much-criticized decision, Belgium ratified a treaty with Iran on July 20 that would allow for prisoner exchanges between the two countries. The circumstances around the deal, however, are key: Iran is seeking to free an imprisoned diplomat, Assadollah Assadi, convicted of trying to orchestrate a terrorist attack on an Iranian opposition rally in France in 2018, while Belgium is working to secure the release of Belgian national Olivier Vandecasteele, detained in Iran earlier this year on espionage charges.

At the time of Assadi’s arrest in July 2018, Iran’s then-foreign minister, Mohammad Javad Zarif, claimed the allegations were a “false flag” aimed at disrupting efforts to save the 2015 Iran nuclear deal following President Donald Trump’s withdrawal from the agreement two months earlier. In February 2021, Assadi was stripped of his diplomatic immunity and given a 20-year sentence for his role in organizing an attempted terrorist attack. A year later, in February 2022, Vandecasteele, a Belgian aid worker, was arrested in Iran by the Islamic Revolutionary Guard Corps on dubious grounds and has been held in Tehran’s Evin Prison ever since.

By ratifying the treaty critics say Brussels is, in effect, giving in to Tehran in order to secure the release of Vandecasteele and acquiescing to its use of hostage diplomacy. It is a tactic that Iran has used repeatedly in the past as it seeks to gain leverage with Western countries and it continues to take new hostages. Although the details of the cases are often murky, Iran is believed to be holding between 20 and 40 foreign and dual nationals, according to rights groups.

There are growing fears that Belgium’s decision will only embolden Iran, potentially leading it to take more foreign prisoners and expand its use of hostage diplomacy. Tehran could try to exchange these prisoners either for other Iranian officials convicted of involvement in foreign operations — operations it may also ramp up if it feels freer to act abroad — or potentially even for Iranians that have fled the country or defected.

These fears are not irrational as Iranian intelligence has previously gone to great lengths to apprehend its opponents. Masih Alinejad, an Iranian women’s rights activist based in the U.S., had to call on the FBI for help as the Iranian regime reportedly had plans to kidnap her from New York and bring her back to Iran. According to the details of the indictment unsealed in federal court, four Iranian agents — including one identified as an intelligence official — planned to lure Alinejad to another country, where she would be captured and brought back to Iran, and they even employed private investigators to surveil and track her movements. The recent revelation of alleged Iranian attempts to assassinate former U.S. National Security Adviser John Bolton and former U.S. Secretary of State Mike Pompeo have only underscored Iran’s willingness to operate abroad and the potential severity of the threat.

While Nouri’s sentencing is worth celebrating, international efforts to seek justice for the victims of the 1988 massacre and other crimes committed by the regime should not stop with him. Khavaran serves as a reminder of the crimes carried out by the Islamic Republic and no concrete walls, no matter how high, will erase them from the public memory of Iranians. The Swedish court decision is certainly a cause for optimism, but the path forward will be challenging and as the recent Belgian extradition treaty underscores, there is still a long way to go to bring justice to the victims of the Iranian government.

Hasti Aryana Rostami is an undergraduate student at the University of Texas at Austin, where she conducts research on political and social developments in the Middle East and North Africa with a specific focus on Iran, Turkey, and Kurdistan. She is also a digital publications intern at the Middle East Institute. The views expressed in this piece are her own.

The Middle East Institute (MEI) is an independent, non-partisan, non-for-profit, educational organization. It does not engage in advocacy and its scholars’ opinions are their own. MEI welcomes financial donations, but retains sole editorial control over its work and its publications reflect only the authors’ views. For a listing of MEI donors, please click here.