Even as Iranians Rise Up, Protests Worldwide Are Failing at Record Rates 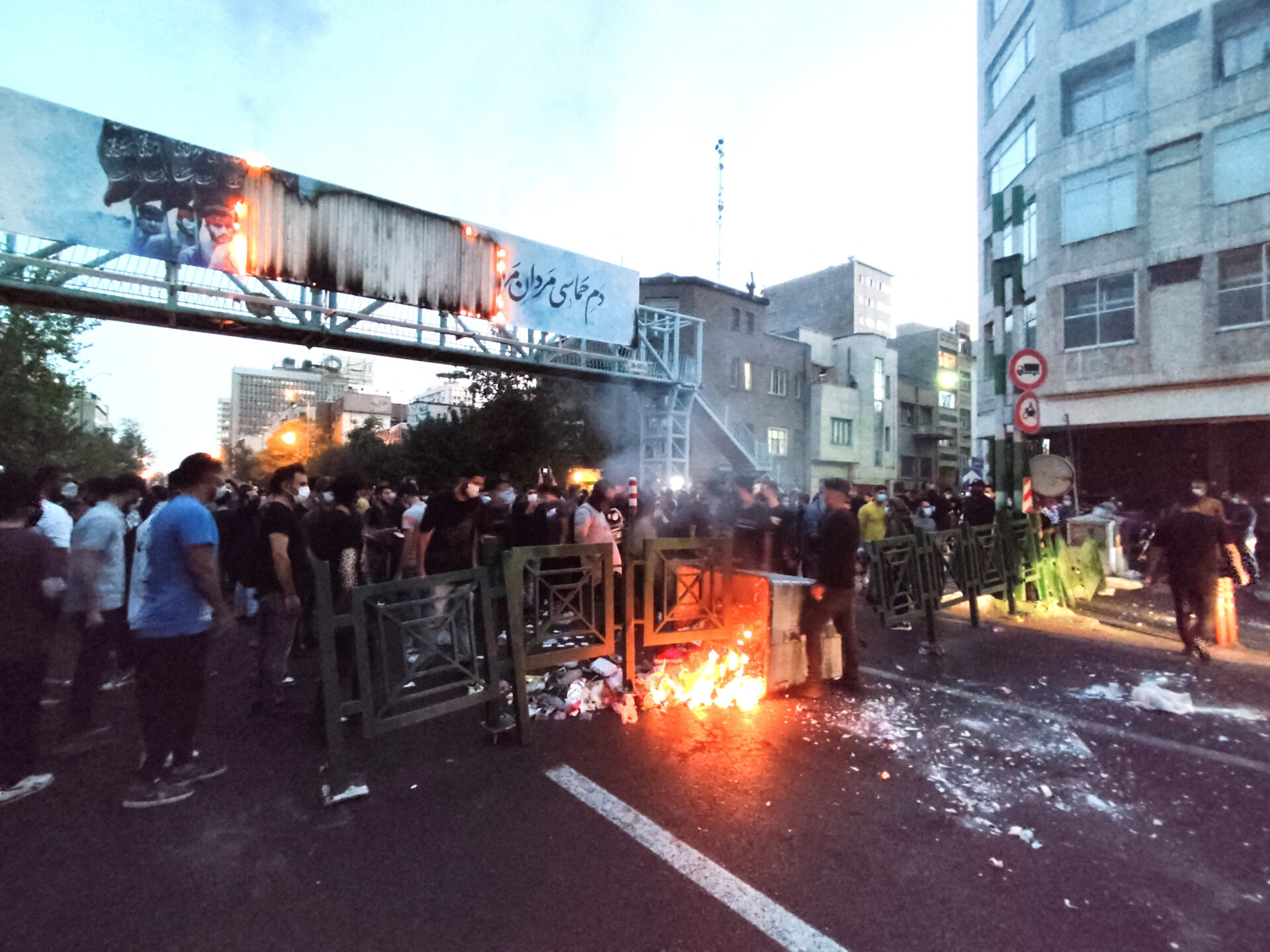 Mass protests, once a grave threat to even the fiercest autocrat, have plummeted in effectiveness, a study shows. Factors appear to include polarization, social media and rising nationalist attitudes.

Iran’s widening protests, though challenging that country’s government forcefully and in rising numbers, may also embody a global trend that does not augur well for the Iranian movement.

Mass protests like the ones in Iran, whose participants have cited economic hardships, political repression and corruption, were once considered such a powerful force that even the strongest autocrat might not survive their rise. But their odds of success have plummeted worldwide, research finds.

Such movements are today more likely to fail than they were at any other point since at least the 1930s, according to a data set managed by Harvard University researchers.

The trajectory of Iran’s demonstrations remains far from certain. Citizen uprisings still sometimes force significant change, for example in Sri Lanka, where protests played a role in removing a strongman president this year.

But Iran’s unrest follows scores of popular eruptions in recent months — in Haiti and Indonesia, Russia and China, even Canada and the United States — that, while impactful, have largely fallen short of bringing the sort of change that many protesters sought or was once more common.

This sharp and relatively recent shift may mark the end of a decades-long era when so-called people power represented a major force for democracy’s spread.

Throughout most of the 20th century, mass protests grew both more common and more likely to succeed, in many cases helping to topple autocrats or bring about greater democracy.

By the early 2000s, two in three protest movements demanding systemic change ultimately succeeded, according to the Harvard data. In retrospect, it was a high-water mark.

Around that decade’s midpoint, the trend began to reverse. By the end of the 2010s, though protests continued to grow more common, their success rate had halved, to one in three. Data from the early 2020s suggests that it may have already halved again, to one in six.

“Nonviolent campaigns are seeing their lowest success rates in more than a century,” Erica Chenoweth, a political scientist who oversees the protest-tracking project, wrote in a recent paper.

The years 2020 and 2021 “have been the worst years on record for people power,” Dr. Chenoweth added.

The causes of this trend are still in debate. But experts have converged on a few broad forces thought to drive it — some of which can already be seen in Iran.

For one, polarization is increasingly prevalent worldwide, with income inequality, nationalist attitudes, fragmented news media and other forces deepening divisions across social and political lines.

Iran, whose political parties compete noisily even amid autocracy, is no exception. Some analysts see growing signs of polarization there along economic lines, urban-versus-rural divides and a moderate-versus-hard-liner split that is as much partisan as cultural.

Polarized societies, in moments of turmoil, become likelier to split over mass protests. This can bolster even despised governments, helping them to cast protesters as representing a narrow interest group rather than the citizenry as a whole.

Social media, which enables protests to organize and gather in once-unthinkable numbers, often with little or no formal leadership, may also paradoxically undermine those movements, according to a theory advanced by Zeynep Tufekci, a Columbia University sociologist.

In earlier eras, activists might spend months or years building the organizational structures and real-world ties necessary to launch a mass protest. This also made movements durable, instilling discipline and chains of command.

Social media allows would-be protesters to skip those steps, spurring one another to action with as little as a viral post. The result is rallies that put thousands or millions of bodies in the street overnight — but that often fizzle just as quickly.

Sign up for the Canada Letter Newsletter  Back stories and analysis from our Canadian correspondents, plus a handpicked selection of our recent Canada-related coverage. Get it sent to your inbox.

Protests were traditionally just one tool in activist campaigns to pressure governments, alongside back-room negotiations with political leaders or alliance-building with powerful actors. The use of social media, by channeling popular energy away from such organizing, means that mass protest is now often the only tool, and typically ineffective on its own.

At the same time, autocracies, responding to popular revolts in Arab and former Soviet countries at the start of this century, have learned to undermine mass movements with subtler methods than brute force alone.

“We live in an age of digital authoritarianism,” Dr. Chenoweth, the Harvard scholar, has written. Dictatorships, seizing on the internet and other tools, have developed new methods “from direct surveillance of activists’ communications to online harassment and intimidation to the rapid diffusion of state propaganda to the infiltration of movements to selective censorship.”

This is rarely enough for governments to quash all dissent. But, to prevail, they need only create enough doubt, division or detached cynicism that protesters fail to achieve a critical mass of support.

Iran’s is one of many governments to develop such tools, combining digital shutdowns and censorship — narrow enough to frustrate activists without provoking a wider backlash — with online nationalist propaganda and disinformation.

And governments increasingly find allies against protests among their citizenry. Rising illiberal attitudes, which often see strongman rule as desirable and protests as lawlessness, sometimes manifest as popular support for government suppression of those movements.

One result of these changes is that protests’ success is no longer defined by crowd size, Dr. Chenoweth has argued. Rather, the most important factor may be a movement’s skill at persuading or pressuring key power brokers in a country to break ranks with the government.

Economically motivated protesters in Chile in 2019, for instance, faced violent suppression but won allies in the political system’s upper echelons, who channeled their rage into concrete demands and then helped to bring them about.

But what might sometimes look like a successful citizen uprising may, once the dust settles, turn out to be a case of political rivals seizing on unrest to grab power for themselves.

In Zimbabwe in 2017, for instance, military leaders and other figures deposed the country’s longtime ruler, Robert Mugabe, claiming to deliver change on behalf of protesters. But the new government, once in office, largely ignored or quashed the ralliers. Much the same happened two years later in Sudan.

For Iran’s protesters, one lesson is that they will need to win sympathetic allies within the government.

But such back-room lobbying typically requires experienced activist groups of exactly the sort that Iran’s government has spent years dispersing.

And it requires fissures among those ruling elite. While Iran’s system is notoriously fractious, its multiple power centers and factions all stand unified in defense of the country’s autocratic system, a legacy of that government’s emergence in violent revolution.

Iran’s protesters do have one thing going for them: the prominent role of women on their front lines. This has been shown to significantly increase an uprising’s odds of success, researchers say.

Because women in any country come from all walks of life, their participation can transcend social or demographic divides associated with polarization.

Observers also tend to see movements as more legitimate when women are visibly involved, research finds. And security forces may be somewhat less violent in responding.

Still, this is hardly a guarantor of success when other dynamics don’t align, as Sudan’s pro-democracy rallies, often led by women, have found.

While it is hardly the case that mass protests now necessarily fail in today’s world, their plummeting odds of success may have ripple effects beyond even the decline of democracy.

For one thing, armed rebellion, long disavowed by democracy activists as counterproductive, has seen its effectiveness decline more slowly than that of nonviolent protest, the Harvard data shows, making the two methods now nearly tied in their odds of succeeding.

“For the first time since the 1940s, a decade dominated by state-backed partisan rebellions against Nazi occupations,” Dr. Chenoweth has written, “nonviolent resistance does not have a statistically significant advantage over armed insurrection.”

Feature image: People light a fire during a protest over the death of Mahsa Amini, a woman who died after being arrested by the Islamic republic’s “morality police”, in Tehran, Iran September 21, 2022. WANA (West Asia News Agency) via REUTERS

Max Fisher is a New York-based international reporter and columnist. He has reported from five continents on conflict, diplomacy, social change and other topics. He writes The Interpreter, a column exploring the ideas and context behind major world events.