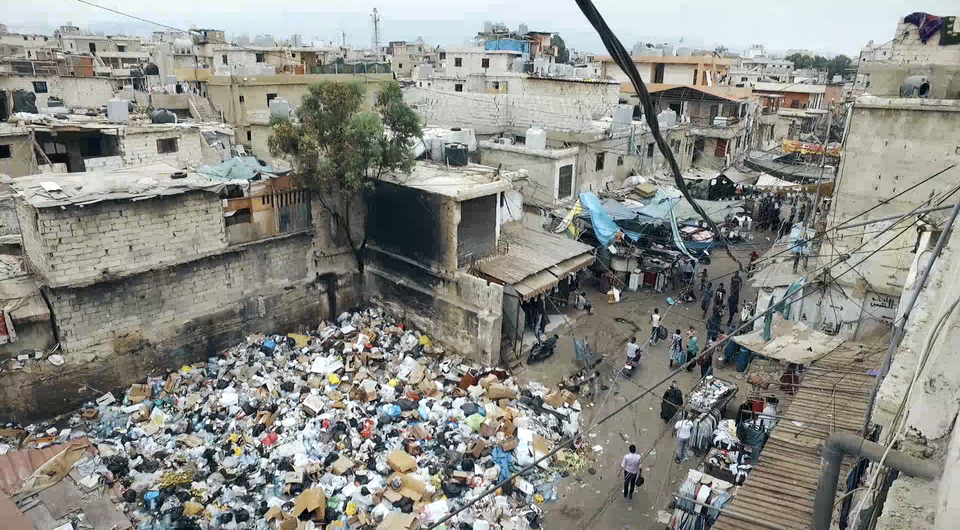 COVID-19 and the protests for racial justice have drawn attention away from the mostly bad news about the environment. Yes, the skies in most parts of the world are a lot clearer these days as people stay home and auto emissions decline. But as one study points out, even if lockdown measures continue for the next several months, global carbon emissions will only drop by between 4 to 8 percent from last year. That drop would not be enough to make a dent in overall warming trends—and as the US and other economies recover, it will be back to “normal.” “Normal” isn’t good, as in the following warning in November 2019: “we declare, with more than 11,000 scientist signatories from around the world, clearly and unequivocally that planet Earth is facing a climate emergency.”

As environmental security worsens, so does human security. The reason is simple: the intersection of worsening climate conditions and the pandemic. Floods, drought, and other calamities compound the vulnerability of populations already hit by the virus, especially the poor, the elderly, the unemployed, ethnic minorities, and health care workers. Governments are put under intense pressure in terms of emergency preparedness, public health facilities, long-term unemployment, and internal security.

Food security is likely to be especially hard hit by the combination of climate change and COVID-19. Arif Husain, chief economist for the World Food Program, writes that “the pandemic could drive 130 million more people [beyond the tens of millions already facing ‘acute hunger’] into that state by December. More than a quarter of a billion people are likely to be acutely hungry in 2020.” People working in the informal economy and export industries; people dependent on remittances from relatives working abroad; people in the fossil fuel sector—these are among the groups whose access to food will be deeply affected by COVID-19. And if they also happen to live in conflict zones, or areas hard hit by climate change, they face insecurity that goes well beyond food.

Achieving ambitious human-security goals such as eradicating poverty and hunger, realizing gender equality, and promoting clean energy sources looks increasingly remote. When the UN in 2015 announced 17 Sustainable Development (SD) goals, the world looked tolerably better than it does now. The UN took a novel approach to meeting the goals, moreover, deciding not to embed them in a legal document and making the goals applicable to all states without distinction as to level of development. The process of creating the goals and identifying paths to achieving them was also different from previous attempts through interminable discussion among governments. In 2013, a UN Open Working Group in which 70 countries participated was established to draft the SDGs. Developing countries, local governments, civil society, and the private sector provided significant input into the content.

Since states are not obligated to implement the goals, there has naturally been slippage. The UN itself says: “The 17 Goals are all interconnected, and in order to leave no one behind, it is important that we achieve them all by 2030.” (Goals: No Poverty; Zero Hunger; Good Health and Well-Being; Quality Education; Gender Equality; Clean Water and Sanitation; Affordable Clean Energy; Decent Work and Economic Growth; Industry, Innovation and Infrastructure; Reduced Inequality; Sustainable Cities and Communities; Responsible Consumption and Production; Climate Action; Life Below Water; Life on Land; Peace and Justice, Strong Institutions; Partnerships to Achieve the Goal). By 2017, however, the Sustainable Development Goals Report determined that progress was “slow” on achievement of most of the goals. Now, clearly, the timeline will have to be reconsidered again.

The More We Know

The process of scientific discovery seems unable to keep pace with the looming chaos. As the world scientific community reported last November:

Despite 40 years of global climate negotiations, with few exceptions, we have generally conducted business as usual and have largely failed to address [the climate crisis]. The climate crisis has arrived and is accelerating faster than most scientists expected. . . . It is more severe than anticipated, threatening natural ecosystems and the fate of humanity. . . . Especially worrisome are potential irreversible climate tipping points and nature’s reinforcing feedbacks (atmospheric, marine, and terrestrial) that could lead to a catastrophic “hothouse Earth,” well beyond the control of humans. . . . These climate chain reactions could cause significant disruptions to ecosystems, society, and economies, potentially making large areas of Earth uninhabitable.

Scientists continue having their worst-case scenarios overtaken by new analyses. Three of the major greenhouse gas emissions—carbon dioxide, methane, and nitrous oxide—are increasing. Arctic and Antarctic ice sheets are declining. (Recall that in February, the Antarctic hit a record 65 degrees; just this month, Russian towns north of the Arctic Circle recorded 100-degree temperatures, igniting wildfires that add still more greenhouse gases; and scientists report that the South Pole has been warming for many years at three times the global average.) Greenland’s ice sheet loss is especially great. These losses translate to increasing floods, warmer oceans, and threats to marine life. The National Oceanic and Atmospheric Administration’s (NOAA) report card on the Arctic shows that warming is having dramatic impacts now, with worse yet to come. Sea and land ice is disappearing at unprecedented rates as surface temperatures were the second-highest on record. This warming is “transforming Arctic ecosystems and presenting unique challenges for the region’s Indigenous peoples.” But not only those folks: “Through global sea-level rise, the release of permafrost carbon, and its role in regulating global weather patterns, the Arctic is vitally connected to people worldwide.”

That picture also applies to the Amazon’s forests, the “lungs of the world,” where Brazil’s far-right government is letting them burn, putting the interests of timber companies and cattle ranchers ahead of the forest people. Carbon release from tropical forest destruction last year was “more than the emissions from all on-road vehicles in the United States in a typical year.”

The Bill is Coming Due

Lastly, we should not forget that climate change costs real money, and the longer the federal government chooses to ignore the damage it causes, or understates it, the higher the costs will be. As two analysts from the Rocky Mountain Institute point out:

[NOAA] warned last year, “The number and cost of disasters are increasing over time due to a combination of increased exposure, vulnerability, and the fact that climate change is increasing the frequency of some types of extremes that lead to billion-dollar disasters.” Overall, according to the government’s national climate estimate in 2018, continued warming “is expected to cause substantial net damage to the U.S. economy throughout this century, especially in the absence of increased adaptation efforts.”

The federal bill for disasters was $14 billion last year, these writers report. Remember the California wildfires? Their cost was over $25 billion, putting PG&E into bankruptcy.

Big business and banks are paying attention, with many of them making high-minded pledges to reduce their carbon footprint and investments in carbon-intensive firms. But when is the last time you read of a company that has actually substantially reduced its carbon emissions, or a bank that has removed its investments in, say, an oil or coal producer?  They’re thinking about it, while Rome burns.

Needless to say, there are no magical cures for what ails us. But surely one element of a strategy to avert climate disaster is putting a price tag on carbon emissions. The Trump administration has deliberately underestimated—by a factor of seven, according to the Government Accountability Office—the real “social cost of carbon” to the nation and the planet. That transparent attempt to justify government deregulation stands in contrast with what James Hansen, the former NASA researcher, urges:

As a car salesman in California used to say in a long-running TV ad, “You can pay me now, or pay me later.”

Mel Gurtov, syndicated by PeaceVoice, is Professor Emeritus of Political Science at Portland State University and blogs at In the Human Interest.