Fight or Flight: The Desperate Plight of Iraq’s “Generation 2000” 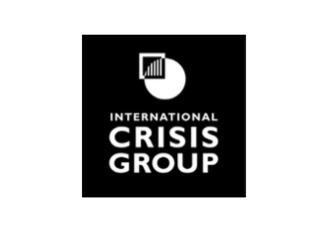 Beset by political dysfunction, endemic corruption and a jihadist threat, Iraq is squandering its greatest asset: its youth. By failing to provide a vision and concrete prospects for the future, it is pressing young men into the straitjacket of jobs-through- patronage, pushing them into combat with either the Islamic State (IS) or Shiite militias or inducing them to emigrate. Arguably, the government faces more pressing challenges: pushing IS out, ensuring that subsequent governance does not further alienate the local population, instituting overdue reforms and tackling corruption. Yet, it will not succeed if it does not at the same time develop a strategy for creating a meaningful place in politics and society for the young. They are the country’s most important resource; abandoning them could turn them into the most important threat to national and regional security.

The leadership’s inability to forge a future for “Generation 2000”, which grew up after Saddam Hussein’s fall, has turned it into easy quarry for predators, be they IS, Shiite militias or populists preaching Iraqi nationalism. The potential for mobilising large numbers of young men at loose ends as pawns in violent conflicts has enabled both IS and Shiite militias to gain recruits. In the process, it has compounded sec- tarian polarisation and widened the divide between street and elites. Fed by fresh pools of fighting-age men, local tensions and conflicts proliferate and escalate, de-stabilising the country and the surrounding region. The most powerful Shiite militias receive training and advice from the Iranian Revolutionary Guards, have an ideological orientation consistent with Tehran’s and can be deployed as proxies outside Iraq as well.

The familiar expression “youth radicalisation” distorts the reality that an entire generation is adrift, in need of a dramatically new state-led approach. Young Iraqis whose formative years were in the post-2003 turmoil have much more in common than they suspect, whatever side of local conflicts they are on, but they have been increasingly socialised within communal confines and left to the mercy of radical groups that promote dehumanised, even demonised perceptions of one another.