For a workers movement to stop US war on Iran

Posted by Editor on Wednesday, January 8, 2020 · Leave a Comment 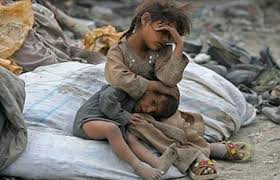 The best – the only – way to build a successful movement against a US war on Iran is to build a workers movement that includes direct links between workers in this country and those in both Iran and Iraq. That starts with the class interests of all those involved since our fates are interlinked.

Since mid-November, Iran has seen an explosion of protests as explained by the statement of students in

Workers on strike in Iran.
A US war on Iran will set back the workers movement there.

Tehran. This explosion was sparked by an increase in fuel prices, but even before that there had been an increase in both protests against the oppression of women but also labor strikes as recounted by the Alliance of Middle East and North African Socialists (AMENAS). It is true that the US sanctions have caused major damage to the Iranian economy, but it also must be remembered that the Iranian regime has spent massive amounts furthering its imperialist ambitions throughout the region, and as well it is suffering from massive corruption of government officials.

The Iranian regime has responded with increased repression. According to Reuters, who got information from sources within the ministry of interior in Iran,  at least 1500 protesters were killed by the regime in just 4 days from Nov. 15 to Nov. 19 during the latest uprising.

. Already, the US military attacks have strengthened the anti-worker forces of reaction in Iran and weakened the working class movement.

None of this, of course, can justify the US attacks. After all, Trump has no objection to regimes that loot and plunder the economy nor does he object to corruption. But the true nature of the Iranian regime must be recognized.

There have been popular protest movements throughout the region, including in Lebanon where, for the first time in a long time, masses of people of all the different religions and ethnic groups have come together to protest against that capitalist government.

We must learn a lesson from the anti-war protests against the two previous wars on Iraq. Those protests did not stop those wars. The best way to stop a new war and to build the strength of the working class is to start to build direct links between the US working class and our fellow workers in Iran and throughout the region. That this is possible was shown by the open letter that Oaklandsocialist wrote to Code Pink and was signed by dozens of unionists and other workers. That letter was written as a criticism of Code Pink’s support for the Iranian government. It was translated into Persian and distributed inside Iran! A further example has been provided by the petition by AMENAS for the release of Yashar Darolshafa, an Iranian socialist who had disappeared in Iran. Shortly after the publication Darolshafa was released, and it was reported that the petition had had an effect on his

Oaklandsocialist reading message of support to Chilean workers from workers in the US. Another example of a small step towards direct links.

release. (Other examples of small steps to build working class solidarity and direct worker-to-worker links was the statement for an independent workers movement and for socialism in Venezuela that Oaklandsocialist produced for distribution inside Venezuela. That statement, too, was translated and distributed inside that country. As well, we read a message of support for the movement in Chile at a meeting of a Popular Assembly in that country.)

It is not possible to build any such links between US workers and our fellow workers in any of those countries while we either directly or indirectly support the workers’ oppressors in those countries. Unfortunately, that is a lesson that many in the “peace and justice” movement have yet to learn – if they are even concerned with the working class in any of the countries involved at all. In the coming days, Oaklandsocialist will be circulating a message of solidarity from workers in the US to workers and youth in Iran. We hope such a message will be translated and circulated in that country. That will be a small, first step towards building further such direct links. I would also be a step towards building an international working class movement that can really start to put global capitalism on the retreat.