Gangsterism as Foreign Policy: Assassinations are Becoming the New Norm 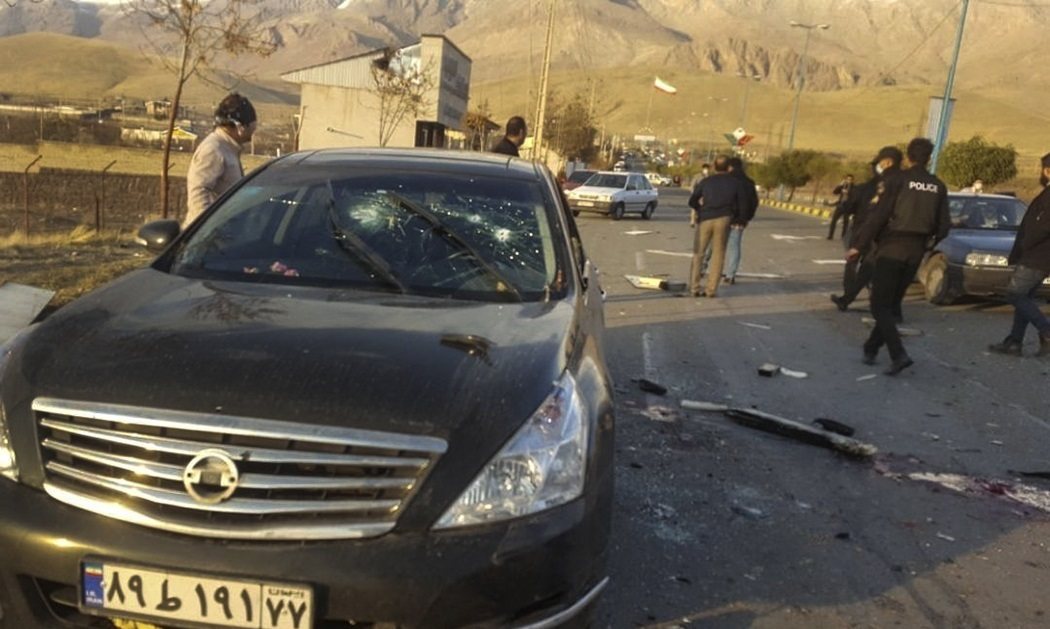 I was in Israel on 4 November 1995 when a student named Yigal Amir assassinated the Israeli prime minister Yitzhak Rabin as he left a peace rally in Tel Aviv. A video shows Amir loitering by an exit to the square for 40 minutes before Rabin appears, when his killer takes out a pistol and fires two shots point blank into Rabin’s back. His purpose was to prevent a lasting peace settlement between Israelis and Palestinians by killing the man who was the most powerful protagonist of such an agreement.

The assassination was universally condemned amid plaudits for Rabin as a man and a statesman, but within a year Binyamin Netanyahu was elected prime minister and progress towards a settlement stalled and went into reverse.

Twenty-five years later almost to the day, another assassination took place, this time in Iran, of a nuclear scientist, Mohsen Fakhrizadeh, as he was driving in a car east of Tehran. He was ambushed and killed by a squad of gunmen, alleged to be Israeli, who shot him and exploded a bomb in a car prepositioned at the scene of the attack.

This time there was no international condemnation of the action of what was, going by different accounts, a death squad operating in a foreign country against a foreign citizen. This free pass was because the target was an Iranian and Fakhrizadeh had been accused by Israel of playing a leading role in a secret plan to build a nuclear device. But these allegations were unproven, mostly dated from long ago, and the current activities of the dead man are unclear. What is evident, however, is that “targeted killings” by assassins outside their home countries are becoming very much the norm as a way in which nations show their strength. The poisoning of the Skripals in Salisbury by Russian agents in Salisbury in 2018 and the murder of Jamal Khashoggi by a Saudi death squad in Istanbul the same year are good examples of this and the death of Fakhrizadeh is another.

This latest assassination was not justified primarily as an attempt to disrupt Iran’s nuclear programme, but as a legitimate and successful display of state power. The New York Times said approvingly that “Mr Fakhrizadeh has become the latest casualty in a campaign of audacious covert attacks seemingly designed to torment Iranian leaders with reminders of their weakness.” It added that the operation confronted Iran with an agonising choice between retaliation and seeking to re-engage with the US when Joe Biden becomes president, replacing the viscerally anti-Iranian Donald Trump.

Any description of this or other “targeted killing” by Israel or anybody else should carry a health warning. Everybody involved has a reason for lying, just as they once did about Saddam Hussein’s non-existent WMD in 2003. Anything leaked by intelligence agencies to a credulous media should only be consumed with a large measure of salt.

Without officially claiming the attack, Israel is sending a message to Tehran to the effect that “we may soon no longer have Trump in our corner, but we can still hit you hard”. A further motive is to sour Iran against a nuclear deal with America, embolden Iranian hard liners who always opposed it, potentially provoke self-destructive Iranian retaliation, and complicate Biden’s declared intention to return to Barack Obama’s 2015 agreement with Iran.

Notice several peculiarities about this assassination: those emphasising the enormity of the breach in Iranian security are not Israelis but Iranians, reputedly close to the Islamic Revolutionary Guard Corps (IRGC). These paint a rather unlikely scenario of an ambush by a dozen assassins, some leaping from a car and others arriving on motorcycles, and in case they should miss their target, there is a Fiat car packed with explosives ready to detonate.

A more likely explanation is that the IRGC, which was responsible for Fakhrizadeh’s security, failed once again and is trying to excuse themselves by claiming that they were faced with an overwhelming force that nobody could have resisted. The IRGC’s reputation for competence had already been damaged in January this year when an IRGC crew manning an anti-aircraft missile battery shot down a Ukrainian aircraft over Tehran, killing 176 passengers and crew.

This disastrous mistake came in the wake of the assassination of General Qassem Soleimani, the IRGC head of covert operations in much of the Middle East, by a US drone at Baghdad airport on 3 January, another sign that state-sponsored assassinations are becoming an acceptable international practice.

How will this all play out in terms of future US relations with Iran? The Joint Comprehensive Plan of Action (JCPOA), Obama’s nuclear deal with Iran, was his chief diplomatic achievement. Withdrawing from it in 2018 and seeking to extract better terms from Iran through sanctions amounting to an economic siege, was the most important initiative by Trump in the Middle East.

Economic warfare like this did a lot of damage to Iran but it did not succeed in forcing it to negotiate and it was never likely to do so since Trump’s strategy, if anything so incoherent deserves that name, was to force surrender or regime change on Iran.

Biden says he wants to return to the JCPOA, but only if Iran is compliant, too. There is plenty of room here for disagreement about what exactly compliance entails and a return to the old agreement will be resisted by Israeli, Saudi Arabia and its anti-Iranian Arab allies, and much of the foreign policy establishment in Washington.

Iranian enthusiasm for the 2015 agreement has also ebbed since they discovered that it did not in practice end economic sanctions. They have since found that these can to some degree be circumvented by secretly selling oil at a discounted price.

All recent US administrations have come into office hoping – and sometimes declaring publicly – that they would not allow themselves to be sucked into crises and messy wars in the Middle East. Invariably they have failed because the region is where the political tectonic plates of the world meet and grind together. It is the arena where outside powers confront each other directly or through their proxies.

“Targeted killings” on an individual or mass basis may appear to be a way of tipping the balance towards whatever country has decided to go into the assassination business. The killing of Yitzhak Rabin did matter for the future of the Israelis and the Palestinians, but this was the act of a single fanatic and not of a government. Few other assassinations in the Middle East have had much long-term impact, contrary to the cinematic view of a world where Mr Bigs, like Goldfinger or Dr No, are evil masterminds whose elimination will make a difference. In the real world, figures like Fakhrizadeh and Soleimani can always be replaced.

Generals and politicians once imagined that campaigns to kill the local leaders of insurgencies in Afghanistan and Iraq would open the door to victory. But they found that “night raids” enraged local communities and dead leaders were swiftly replaced by angrier and more aggressive substitutes. One such campaign in Iraq led to a sharp jump in attacks on American forces. State-sponsored assassinations employ the methods of gangsterism and discredit and delegitimise those who use them.

Patrick Cockburn is the author of War in the Age of Trump (Verso).