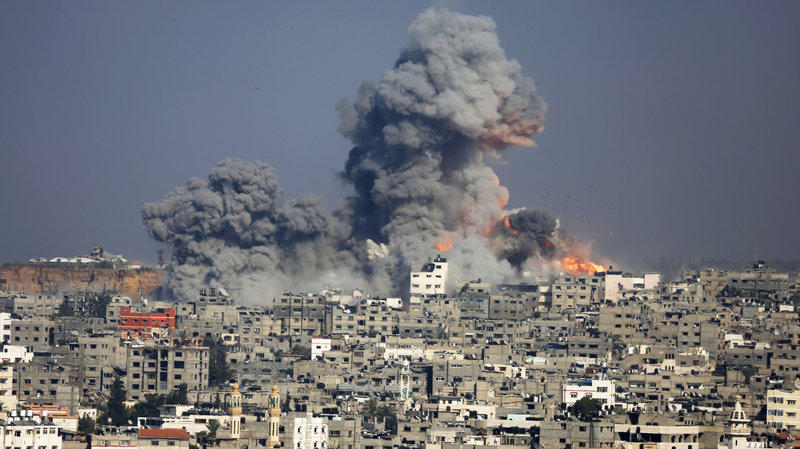 “(At dawn) … I will resist … (Since) upon the wall there is still a white sheet … And my fingers are yet to (completely) dissolve.”

This is a translated verse from Mu’in Bseiso’ “Three Walls of the Torture Chamber”. He was -and remains – one of Gaza’s most influential intellectual and renowned poets.

After Israel occupied the Gaza Strip in 1967, he lived in exile for the rest of his life, hopping from one country to another. Many of Gaza’s great intellectuals were exiled as well; others languished in jail or were assassinated.

Bseiso died in some London hotel in 1984. One of his older plays carrying this verse envisaging his death.

“And my tongue was a sword … But I am now dying … And my (only) witnesses are these four muted walls.”

Every phase of Bseiso’s literary work carried clues to the struggle faced by Palestinians throughout their modern history, which he echoed in his poems until his passing. His words spoke of resistance, love, torture chambers and naked walls, children coloring on a beach, exile … oh, the endless exile.

But Resistance featured prominently in almost everything he wrote.

“If I fall, comrade, in the struggle, take my place,

And gaze at my lips as they halt the madness of the wind.

I have not died … I am still calling you from beyond my wounds.

Sound your drums, so that the whole people may heed your call and fight …” (The Battle)

The spirit of Gaza is the spirit of Mu’in Bseiso: beautiful, poetic, tortured, strong, undying, and loving and although confined by ever-shrinking spaces, always resisting.

I am writing this, not only as a nod of gratitude to Gaza’s great poet for the way he influenced me and several generations of Palestinian and Arab intellectuals in Gaza and elsewhere, but to denote a fact that seems to escape many of us: Gaza is also an abode of poetry.

Alas, how many of us can name a single Palestinian poet from Gaza? Likely, very few. It is because we are accustomed to affiliating Gaza with death, not life. Poetry is the greatest intellectual affirmation of life because great poets never die. Their verses linger like the roots of an ancient Palestinian olive tree.

This is what Asmaa al-Ghoul, one of Gaza’s finest young writers and bloggers, wrote of a poetry festival held in Gaza City a few years ago. The event, which took place in 2013, was staged sometime between the two most destructive wars launched by Israel against the besieged Strip:

“It was standing room only, after all seats at the French Cultural Center had been taken,” she reported. The crowd came to celebrate Gaza’s poets, including Hind Jawdah, who recited:

“I have no thirst above my forehead … No love under my skin … My waist is not snapping … Nor has the cactus raised itself to my face … I am on a horse of lust … Combing the hair of freedom … The gypsy girl is dancing and inspiring the world.”

Gaza has not inspired the world because of its high death toll as a result of Israeli wars, because of its polluted water or because it is becoming growingly ‘uninhabitable’ – as a United Nations report recently indicated. Gaza is inspiring because it is still standing, despite everything.

Not just standing, but living and – dare I say – thriving, too. Reporting from Gaza last week, Yousef Aljamal wrote of a similar crowd that flocked the Science and Cultural Center in Al-Nuseirat Refugee Camp. The reason they gathered was to celebrate the life and works of William Shakespeare.

After a few passionate speeches about the great English poet, the audience watched an animation film of King Lear, composed and performed by the Refugee Camp’s youth.

Yousef Aljamal lives in Al-Nuseirat Refugee Camp. His family suffered irreversible losses from war and siege. His brother, Omar, was killed by the Israeli army in 2004. He was a Resistance fighter. The family named one of their newborn children, Omar – to carry on the legacy of their eldest son.

A few years later, in 2007, Yousef’s sister, Zeinab, died because of the Israeli siege on the impoverished Strip.

“She had a problem with her gallbladder. She had to undergo surgery. The operation was described as ‘simple’ by doctors, yet some of the equipment needed for it was not available in Gaza hospitals,” he wrote. All of her attempts at acquiring permission to reach a hospital in Jerusalem have failed, owing to the Israeli pretext that she was a ‘security threat.’

“Poison started to spread in her body through the veins. Her skin turned yellow, literally. I was shocked as I saw yellow invading her body when I went to visit her at al-Aqsa Martyrs Hospital in Deir al-Balah.” Soon after, Zeinab died.

But Yousef, 27, has an unsubdued energy for life. He is a reporter, a translator, a scholar, and a community organizer. He has helped translate and edit several books on Gaza and written many articles from the Strip. While much of his work is, rightly, dedicated to the suffering of Palestinians there as a result of Israel’s wars and protracted siege, a large portion of his work is also a testament to the resilient spirit of Gazans. Yousef, like most Gazans, refuses to see himself as a victim.

But can the rest of us understand that? Helping an American organization raise funds to host the Rachel Corrie Ramadan Soccer Tournament in Gaza, I shared a press release on social media, urging supporters to donate.

I also wrote this note: “The Rachel Corrie Football tournament is one of the most uplifting events held in Gaza every Ramadan. It makes a whole lot of young people happy. It brings the community together. It espouses a sense of joy at a time that Palestinians in the Gaza Strip need it most.”

While many seemed enthusiastic to spread the word, a reader from London wrote to me: “Isn’t it best to spend the money on feeding the starving children instead of silly football tournaments?”

Reading the comment made me wonder if we are all guilty of dehumanizing Gaza. Forget about the Israeli hasbara machine that attempts to paint Gazans as terrorists and those digging tunnels to obtain food and freedom as criminals and smugglers. Sadly, many of those who strongly stand in solidarity with Gaza have fallen into the same trap: seeing Gazans as perpetual victims, mutilated bodies, starving children, destroyed homes …

True, the wars have devastated Gaza and the siege is severely diminishing its ability to develop the massive and promising human capital it has. But it has not disfigured its essence, or lessened its humanity. Gaza remains a place of poets, artists, dabka dancers and untamable spirits of utterly resilient and refreshingly stubborn people.

– Dr Ramzy Baroud has been writing about the Middle East for over 20 years. He is an internationally-syndicated columnist, a media consultant, an author of several books and the founder of PalestineChronicle.com. His books include “Searching Jenin”, “The Second Palestinian Intifada” and his latest “My Father Was a Freedom Fighter: Gaza’s Untold Story”. His website is www.ramzybaroud.net.