Hezbollah and the Workers 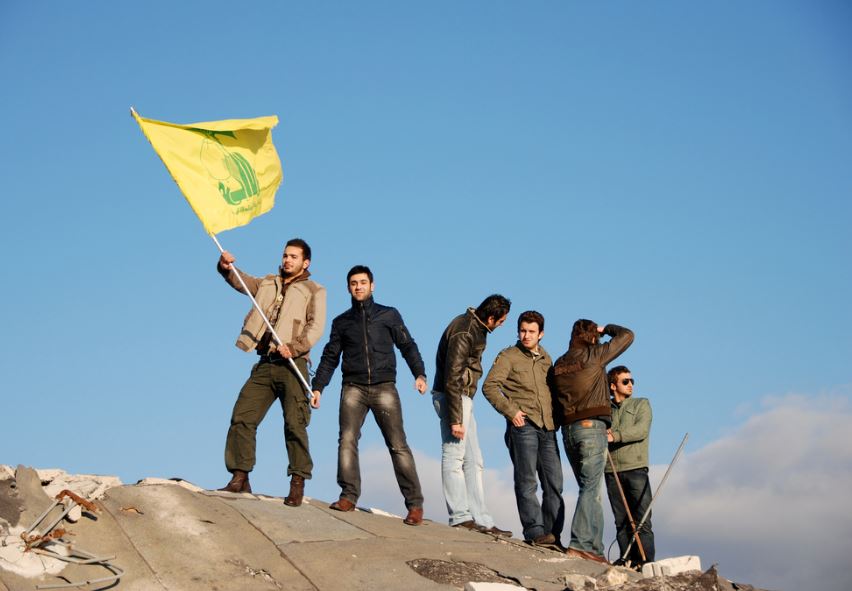 Though its reputation has waned in recent years, Hezbollah has long earned plaudits from the Left for its military resistance to Israel. Many, too, have pointed to its provision of social services as a sign of the organization’s progressive hue.

This latter claim, however, doesn’t hold up to reality. Hezbollah has over time positioned itself on the wrong side of social and economic struggles in Lebanon and shed some of its former roots, aligning itself with an emerging fraction of the Shi’a bourgeoisie. It and other sectarian movements in the country continue to block the emergence of a broader class politics in Lebanon.

Party of God and the Poor?

Hezbollah has portrayed itself as the party of the oppressed, which challenges deprivation and champions the rights of farmers, the poor, workers, and the homeless. In its 2009 manifesto, the organization claims that:

Savage capitalist forces, led by the USA and Western countries and embodied mainly in international monopoly networks of companies that cross nations and continents, networks of various international establishments especially the financial ones backed by superior military force have led to more contradictions and conflicts . . .

Despite this rhetoric, Hezbollah’s theoretical conception and policy orientation have not displayed any systematic alternative to neoliberalism — much less capitalism — in Lebanon. Professed social justice objectives are married awkwardly to support for neoliberal measures.

We can find this contradiction in the political thought of previous important figures of Shi’a Islamic fundamentalism such as Muhammad Baqir Al-Sadr, Iraqi Shi’a cleric and ideological founder of the Iraqi Islamic Dawa Party and especially Ruhollah Khomeini, who became the supreme religious leader of the Islamic Republic of Iran in 1979.

Among other titles, Al-Sadr wrote two books — Falsafatunâ (Our Philosophy) in 1959 and Iqtisâdunâ (Our Economics) in 1961 — with the aim of confronting Marxism and secular thoughts. His main thesis was to offer Islam as a progressive alternative to contending theories from the Left. Al-Sadr promoted an “Islamic economic system” as a third way between capitalism and socialism. In his view, social and economic problems were the result of the misconduct of man — the solution, then, had to be religious.

Meanwhile, Khomeini also used economic discourses to win support for his Islamic project. In 1979–1982, at the height of Iran’s revolution and popular mobilization, Khomeini had presented Islam through the lens of social justice, praising the oppressed (who were equated with the poorest sections of society) and condemning the oppressors — understood as the rich, the greedy palace dwellers, and their foreign patrons.

This populist rhetoric was instrumental in mobilizing urban workers against the Pahlavi monarchy. But after 1982, during the consolidation of the new Islamic regime and the associated repression of the opposition (especially those on the Left), he increasingly equated Islam with respect for private property and depicted the bazaar as an essential pillar of society. He now progressively delineated three main classes: an upper class constituted of the remnants of the old wealthy families; a middle class formed of clerics, intellectuals, civil servants, merchants, shopkeepers, and tradesmen; and a lower class composed of laborers, peasants, and slum dwellers.

The “oppressed” ceased to be an economic category describing the deprived masses, becoming instead a political label for the new regime’s supporters, including wealthy bazaar merchants. The class-struggle rhetoric was significantly reduced with Khomeini arguing that Islam sought harmonious relationships between factory owners and workers and between landlords and peasants.

In much the same way as Sadr and Khomeini, Hezbollah’s economic thought has consistently upheld the market and defense of private property as a key pillar, despite also professing allegiance to social justice goals. Throughout the neoliberal period in Lebanon, this orientation meant that Hezbollah’s support for measures such as privatization, liberalization, and opening up to foreign capital inflows has not been considered by the organization as being in contradiction to its commitment to tackling poverty and inequality.

Hezbollah’s sources of funding also explains its rather conservative economic program. The Islamic movement’s financial resources are based on support first from Iran (estimates range from $100 to $400 million a year) and then from the Lebanese Shi’a middle class and bourgeoisie, and the alms (zakât) collected by Hezbollah on behalf of Khomeini.