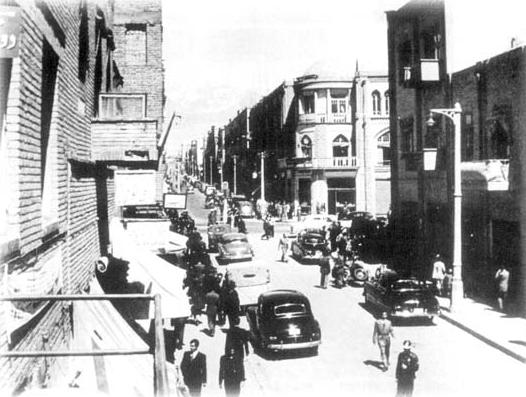 Iranian filmmaker Khosrow Sinai passed away in August from COVID-19, leaving behind an important and eye-opening document of Polish exodus during the Second World War. His documentary The Lost Requiem is now available to watch free online.

Having left by force, choice, or because of the redrawing of borders, Poland’s history of violence and upheaval has led to the scattering of the Polish diaspora across the world. Some of the stories of Polish migration are well-documented. They are taught in schools, or they’re the subjects of major motion-picture films, such as Agnieszka Holland’s depictions of the Holocaust in Europa, Europa and In Darkness, or Pawel Pawlikowski’s recent film Cold War, where the titular event drags its main characters all over Europe. Other diasporas are far more obscure, unrecorded by mainstream culture, and are remembered only by the distinctly Polish names that appear on graves in various foreign lands.

The story of the Polish refugees who arrived in Iran in the early 1940s is one such obscure history, and the Iranian documentary filmmaker Khosrow Sinai (1941-2020) did a phenomenal job uncovering it in his documentary The Lost Requiem (1983). At a time when Poland’s ruling right-wing Law and Justice (PiS) party emphasises the country’s monoethnicity and is decidedly unwelcome towards immigrants, it is especially important to remember that the Polish diaspora itself is vast. https://www.youtube.com/embed/ry5ERzEOU5c?enablejsapi=1

It was in the Doulab Christian Cemetery in Tehran that Sinai came across rows and rows of Polish gravestones in 1970. The filmmaker decided to investigate these Polish people’s stories, looking back at the history of how they came to arrive in Iran, and then tracing and interviewing the survivors and their descendants as part of a project that took 12 years to complete.

The Lost Requiem was never publicly released in Poland, largely because it addressed subjects in Polish history that the Soviet Union wanted censored, such as the repression, torture, and murder of Polish people at the hands of the Soviets in the early 1940s. It wasn’t until 2007 that the Polish premiere of the film took place, 24 years after it was completed. The film first appeared on Polish public television in 2013, and was lauded by the Polish newspaper Gazeta Wyborcza for “capturing the atmosphere of those extraordinary times and its contemporary faces”. Despite such praise, the film remains almost entirely unknown in Poland today, and Sinai’s recent death was not covered by any major Polish newspaper, even though he authored such an important document of Polish history.

The Lost Requiem opens with a dedication in English and Farsi, reading “This film was produced from 1971 to 1983 in memory of those [Polish] refugee children, women, and men, who were brought to Iran during the Second World War, their names on countless gravestones remaining the only sign of a historical catastrophe.” The film is now one of the only documentations of their stories, and serves to not only remind us of this particular history, but also of the plight of all refugees across time.

The story of how thousands of Poles came to Iran in the early 1940s starts with the Soviet Union invasion Poland a few weeks after Germany in September 1939. From 1939 to 1941, the Soviets deported thousands of Poles to gulags in Siberia and elsewhere in the Soviet territories. In 1941, when Hitler invaded the Soviet Union and the two years of German-Soviet collaboration ended, Stalin reluctantly agreed to release Polish prisoners and let them form their own army to fight against Germany.

Under the command of General Władysław Anders, who was released from Lubyanka, several thousands of Poles, plagued by disease, malnutrition, starvation, and lacking any adequate supplies, started a journey south, most arriving in Iran through the port of Anzali (then called Pahlevi) after crossing the Caspian Sea. Estimates vary, but it is generally accepted that somewhere between 114,000 to 300,000 Polish people entered Iran around 1942.

At this time, Iran was occupied by both Soviet and British forces following their joint invasion in 1941. Though the country’s ruler, Reza Shah, had been forced to abdicate by the invading forces in 1941, his legacy had left the country prosperous, having built schools, invested in infrastructure, and improved transportation networks. The images Sinai shows us of Tehran and other major Persian cities are bustling, filled with shops and restaurants, a far cry from the countries the Polish refugees had passed through on their journey.

The Lost Requiem tells this part of the story predominantly through interviews with Polish refugees who stayed in Iran, such as Anna Borkowska. The film opens with a photograph of her as a child with her family, overlaid with the sounds of war, and the words “The exodus begins.” Borkowska recalls how she and her family were transported to Siberia in wagons intended for cattle transport, with no toilet and no sustenance other than water every three days. We hear about her brother’s death resulting from the conditions of their gulag, and how she buried him with a relative who made a cross out of two branches. As Borkowska narrates, Sinai alternates between showing the viewer old photographs and documents related to her forced displacement, and close-ups of her face, her emotion palpable, at times getting too choked up to speak.

While the interview with Borkowska, which took place in Tehran in 1975, is conducted in Farsi, Sinai also films her singing Polish songs while playing on a piano, which is topped by various family paraphernalia. Sinai’s use of music throughout the film is particularly potent. For example, the scenes of Polish graves at various Iranian cemeteries are accompanied by clips from one of Chopin’s nocturnes. Not only is this music by one of Poland’s most famous expats, but the version Sinai chose is by Stefan Askenase, a Polish-Belgian classical pianist whose own life was marked by multiple geographic moves resulting from both World Wars.

In Qazvin we meet Dr Vincent Filipowicz, who, along with his father, worked at a hospital treating Polish refugees. It is through Dr Filipowicz that we learn of the 30 per cent mortality rate amongst the Poles in Iran in the early 1940s, and that the three diseases that impacted the refugees most were typhus, malaria, and pellagra. It is also through Dr Filipowicz that we are introduced to the next stage of the history of many of these refugees, who, after recovering in Iran, went on to fight the Germans elsewhere in the Middle East, North Africa, and Italy. (Dr Filipowicz himself volunteered as a doctor during the Battle of Monte Cassino.)

Sinai also interviews Iranians who interacted with the Polish refugees, such as Gholam Abdol-Rahimi, a photographer who took portraits of many Poles in Iran in 1942. Sinai then visited the places where these photographs were taken, retracing the refugees’ footsteps. As with so much of the film, its power lies in Sinai’s careful editing of images across time. He shows us the faces of worshippers during the weekly Polish mass held at the Catholic Church in Tehran in 1975 and flashes back to scenes of exhausted refugees marching across the desert. In another particularly poignant edit, Polish immigrants appear while taking a bus to an event in New Zealand (over 700 Polish refugees – mostly orphans — were shipped to New Zealand following their stay in Iran), and, as they sing a Polish song, we see images of their ancestors as emaciated refugees arriving in Iran.

Sinai lets the survivors of the massive “Polish exodus”, or their descendants, narrate most of The Lost Requiem, and it is in this choice that the film’s greatest strength lies. Sinai has given voice to people whose stories would otherwise have been forgotten, and reminds us that many have been lost. At one point, he narrates: “The voice of the few that I found echoed the voice of many who were gone.”

Sometimes you can deduce the power of a film from the fact that it wasn’t shown publicly when it was made. Sinai did Polish history a huge favour by working tirelessly for over a decade to document the stories of Polish refugees in Iran, even though censorship prevented them from being shared for many years. The Lost Requiem is now available in full on YouTube, and should be watched by anyone who cares not only about obscure histories, but also about the ongoing plight of all refugees worldwide today. In Poland itself, where members of PiS frequently engage in anti-immigrant rhetoric and the villanising of refugees, The Lost Requiem should be far more widely known and serve as a reminder of the tens of thousands of Poles who have lived as refugees and continue to live as immigrants today.

Posted on The Calvert Journal October 2020