Iran and the Belt and Road Initiative: Amid Hope and Fear 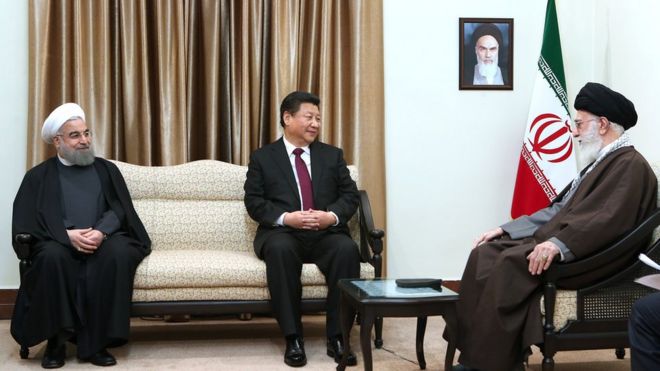 Iran is one of the countries involved in the Belt and Road Initiative (BRI). What eﬀects will the realization of the BRI have on the geo economical and geopolitical status of Iran? On the one hand, this project can boost China’s presence and inﬂuence in the political economy of Iran and its neighborhood, and create new domains of competition between Iran and China. On the other hand, it could contribute to the revival of Iran’s historical role in the ancient Silk Road.

Thus, to participate in this project, Iran is stuck between hope and fear. It is fearful for Iran because it has negative eﬀects on Iranian interests, at the same time Iran is hopeful because it can enhance its economic development and raise its historical role as a bridge between the East and the West. As a result, Iran tries at the same time to develop its relationships with the EU as well as cooperation with China in the framework of the BRI. Iran tries to maximize its interests from the project and reduce its negative eﬀects on its geo economic and geopolitical interests. Maintaining this fragile balance could face Iran ’s active participation in the project with substantial challenges.