Iran coronavirus: US sanctions could turn crisis into catastrophe 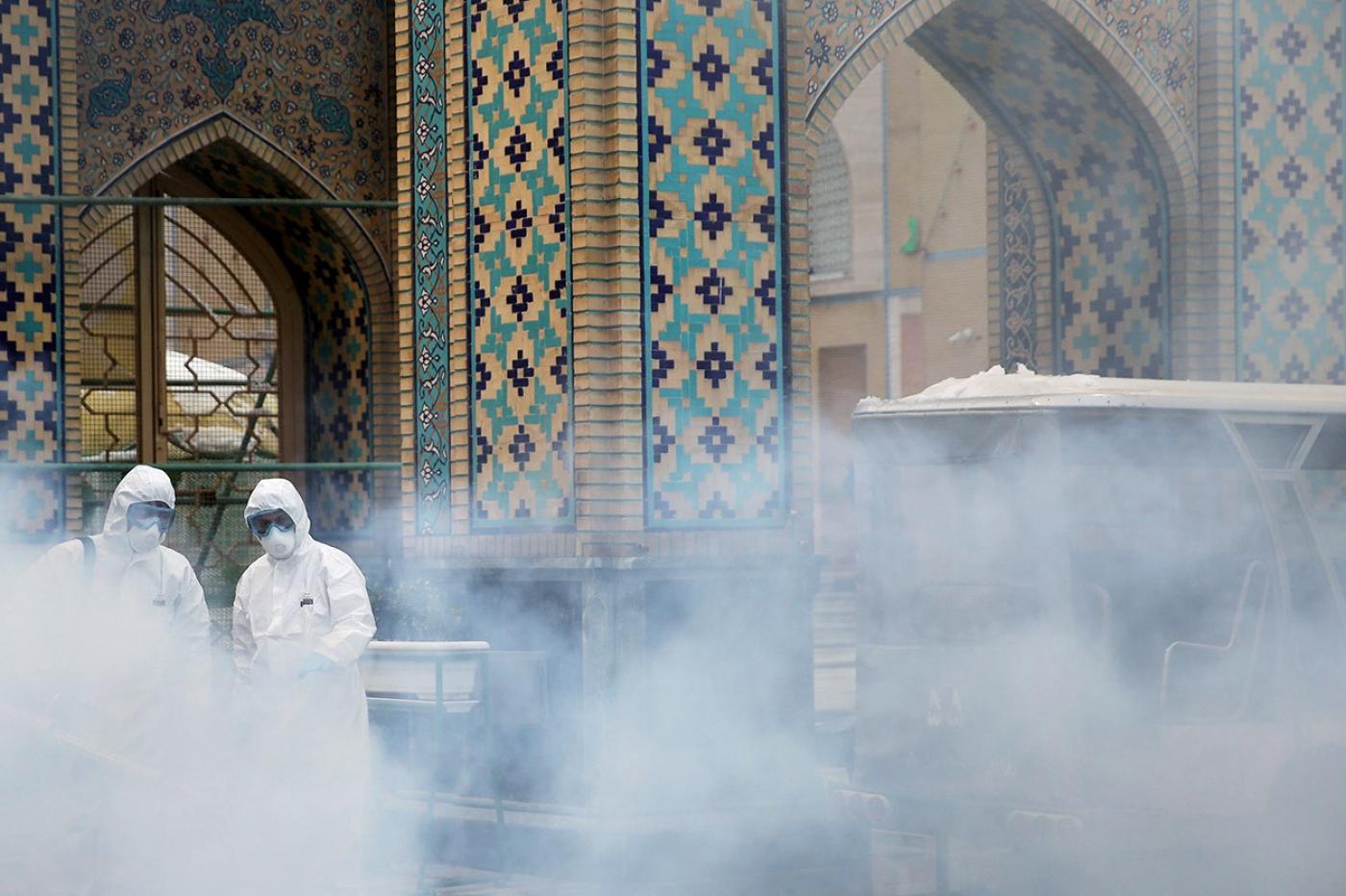 By all accounts, the outbreak of coronavirus in Iran poses a major existential threat that could overwhelm the healthcare system and other resources to combat the disease, which has been sweeping across the country like a tsunami.

At the same time, it has delivered a significant blow to the legitimacy of coercive US sanctions on Iran, giving them a new air of cruelty unsustainable by any civilisational standard. Unless the US government steps back from its “maximum pressure strategy” – at least for the duration of this epidemic – the sanctions regime is bound to be stigmatised in the world community as an art of dangerous cruelty, rather than a legitimate foreign policy tool.

Two weeks since the first cases of coronavirus were reported in Iran, the unwelcome intruder has shaken society to its core and presented yet another litmus test for the survival of the country’s political system, which has weathered multiple crises since its founding 41 years ago.

Coronavirus in the Middle East and North Africa: What do we know so far? Read More »

According to Ali Shamkhani, the secretary of Iran’s Supreme National Security Council, the virus has had a “strategic” impact in terms of completing the US sanctions strategy by compelling Iran’s neighbours to close their borders, adding to the country’s isolation.

But this does not tell the whole story. Indeed, in the evolving coronavirus narrative, one can also detect a new wellspring of sympathy for Iran that operates directly against the illogic of US sanctions.

Unfortunately, the response thus far from the Trump administration has been tepid. It has allowed waivers for humanitarian aid such as food and medicine via a Swiss channel.

Trump has also personally offered assistance, but unsurprisingly, Iran has rejected the offer while welcoming aid offered by the World Health Organisation and Europe. The sanctions imposed by US President Donald Trump contravene the basic humanitarian need to assist the Iranian people in their struggle against the spreading virus.

Consequently, a new epidemiological dimension has been added to the geopolitical element, warranting a basic recalculation of US foreign policy towards Iran – which, under the Trump presidency, can be summed up as purely confrontational.

According to a Tehran-based political scientist who spoke on condition of anonymity, there is a “good deal of consternation in Iran today that the US government wants to take credit for small humanitarian gestures, while it continues to slap Iran with hurtful sanctions that restrict outside assistance to Iran. It is like someone stabbing you constantly with a huge knife and offering a small bandage.”

The professor added: “Ironically, Iran and the US now have a new common enemy besides the [Islamic State] – but sadly, the US with its sanctions prohibits us from fighting it effectively.”

It comes as little surprise, then, that in addition to government officials criticising the US for exploiting the coronavirus epidemic to “weaken Iran’s morale”, there is also a powerful conspiracy theory, fanned by former president Mahmoud Ahmadinejad, according to which both China and Iran have been targeted by a secret US bioweapon.

Still other voices in Iran have focused on the disease as a common problem of humanity – one that knows no borders and requires a collective response. Chief among these are President Hassan Rouhani and Foreign Minister Javad Zarif, who has called for the creation of a regional disease-control centre in the Gulf, a timely complement to the recent Iranian pitch for regional security cooperation.

Lest we forget, the US sanctions are not authorised by the United Nations, which backed the 2015 nuclear accord through Security Council Resolution 2231.

Although US Secretary of State Mike Pompeo can be heard nowadays pondering the option of UN sanctions “snapback” in light of Iran’s selective non-implementation of the nuclear deal, the momentum against this prospect generated by the coronavirus epidemic is inescapable.

The limited humanitarian waivers granted by the US are insufficient, and as reported by the Atlantic Council, the existing financial curbs on doing business with Iran have created major impediments to Iran’s ability to access vital medical supplies. This recalls the criticism by UN special rapporteur Idriss Jazairy that the “extraterritorial application of unilateral sanctions is clearly contrary to international law”.

Even as various policy hawks continue to press for more sanctions against Iran, the chips are falling on the side of greater prudence in US policy towards Iran.

It has become more difficult for the US government to rationalise its severe punishment of Iran at a time of urgent need for the country’s relief from cruel sanctions in order to care for its population.

Have US sanctions impacted Iran’s ability to combat the coronavirus? Read More »

Needless to say, other Western governments – particularly those that signed on to the nuclear deal or otherwise supported it – have a moral responsibility to double their efforts to assist Iran, both directly by helping to battle the coronavirus outbreak, and indirectly by urging Washington to step away from its maximum pressure strategy.

The Trump administration might learn a lesson from former President George W Bush, who declared Iran as part of the “axis of evil”, yet rushed tonnes of medical supplies, as well as a search-and-rescue team, to earthquake-hit Iran in 2003.

That episode has not been lost on the collective memory of the Iranian people, reeling today from the ravages of this new disease, which will likely get much worse before it is contained. A more moral US presidency would not obviate the necessity to address Iran’s acute needs today.

Nader Entessar is a Professor Emeritus in the Department of Political Science and Criminal Justice at the University of South Alabama.

Kaveh Afrasiabi is a PhD, is a former political science professor at Tehran University and the author of several books on international affairs and Iran’s foreign policy. His writings have appeared on several online and print publications, including UN Chronicle, New York Times, Der Tagesspiegel, Middle East Journal, Harvard International Review, Bulletin of Atomic Scientists and The Guardian among others.