Iran on fire: Once again, women are on the vanguard of transformative change 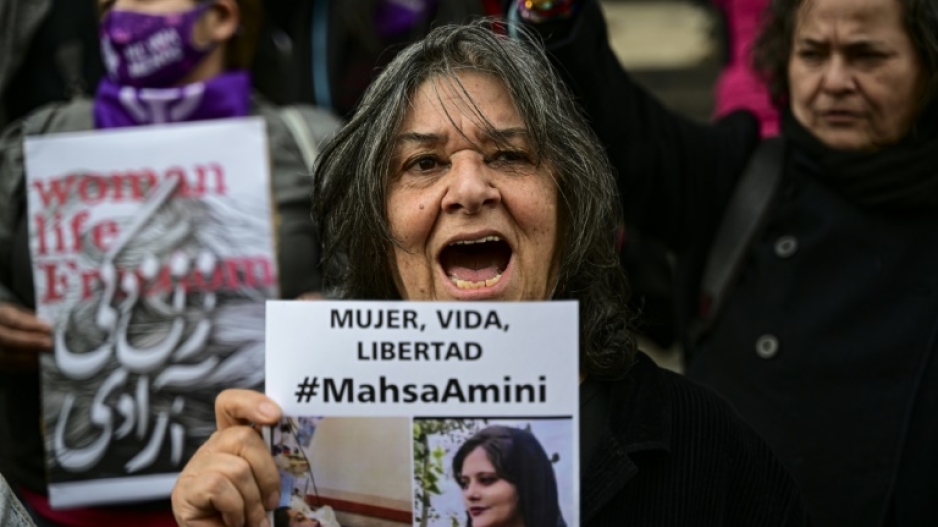 On Sept. 16, 2022, Mahsa Amini, a 22-year-old Iranian woman, died in Tehran, Iran, while in police custody. Amini was arrested by the Guidance Patrol, the morality squad of the Law Enforcement Command of the Islamic Republic of Iran that oversees public implementation of hijab regulations, for not wearing a hijab properly.

Soon after the news of her death was broadcast and a photograph emerged on social media of her lying in a Tehran hospital in a coma, people throughout the country became enraged.

Amini’s death starkly illustrated the systematic violence of police and highlighted particularly the brutality of the regime towards women and minorities. She was Kurdish, a member of one of the most oppressed minority ethnic groups in Iran.

All Iranian women who are routinely humiliated because of their gender can empathize with her. But Kurds and Kurdish women in particular understood the political message of her death at the hands of police and the state’s subsequent violent response to the protests.

We believe in experts. We believe knowledge must inform decisions

The huge wave of protests in Iran following Amini’s death represents a historic moment in Iran. People have taken to the streets shouting slogans against the compulsory hijab and denouncing Iran’s Supreme Leader, Ayatollah Khamenei.

Protests have raged in 31 provinces, including Kurdistan and Tehran as well as cities such as Rasht, Isfahan and Qom, among Iran’s most conservative communities. Dozens of people have been killed by security forces and hundreds more have been arrested.

The Girls of Revolution Street

Although the current uprising may seem unprecedented, it is in fact part of a deep-rooted and longstanding resistance movement by women in Iran.

In what is widely seen as a punishment to the hundreds of women who participated in the anti-regime protests leading to the Iranian Revolution of 1979, the hijab became compulsory two years later in 1981.

Consequently, publicly removing hijabs became a challenge to the regime in Iran.

Decades later, in 2017, Vida Movahed climbed onto a platform on Enghelab (Revolution) Street in the centre of Tehran, took off her headscarf and waved it in the air as a sign of opposition to compulsory hijab.

She was followed by other women and the movement quickly became known as The Girls of Revolution Street or Dokhtaran-e Khiaban-e Enghelab.

The Girls of Revolution Street represented a fundamental challenge by younger women to Iran’s compulsory veiling laws. Their actions resulted in an increase in the number of women who braved the streets without hijab in defiance of the state.

Unsurprisingly, when religious hardliner Ebrahim Raisi became president in the contested 2020 election, the message was clear: Women would be further oppressed.

This recent uprising is a link in a chain of protests that together have the potential to bring about fundamental change in Iran.

It began with the pro-democracy Green Movement in 2009 followed by popular uprisings in 2018 and 2019. The Green Movement was largely peaceful, but the uprisings grew increasingly more confrontational with each wave of repression.

Women have been in the lead in all these protests, posing a real challenge to the regime. They’re the leaders of transformative change, the vanguard of a potential revolution, challenging the legitimacy of the current government..

The current protests are focused on two main demands: dignity and freedom. Both have been absent from political life in Iran, and both have a prominent presence in almost all slogans during this uprising, particularly “Woman, Life, Freedom.”

The recent uprising makes it clear that the demand for radical change in Iran today is strong and significant.

With every wave of protest, the desire for freedom gets stronger, the voices get louder and success is within reach. Once again, Iranian women are at the forefront of demanding transformative change.

With the strong support this time of men, political and ethnic minorities and other disenfranchised groups, they may be leading their country closer to a freer and more just society.

Posted on The Conversation September 26, 2022

Feature image: Iranian female protesters take off their hijab during a demonstration in the city of Saveh, in an image taken from online video footage made available on September 21, 2022

Vrinda Narain is a Board Member of the research organization, Women Living Under Muslim Laws.

Fatemeh Sadeghi does not work for, consult, own shares in or receive funding from any company or organisation that would benefit from this article, and has disclosed no relevant affiliations beyond their academic appointment.