Iran: Prison sentence for Maryam Shariatmadari for taking off her hejab 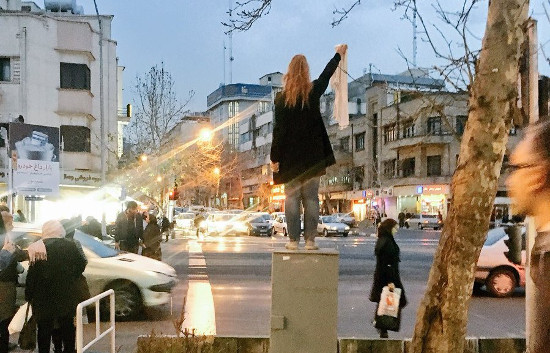 Maryam Shariatmadari, one of the women of Enghelab Street, who took off her compulsory hejab as protest on 23rd February 2018, following the weeks of protest across in Iran last December and January, has been given a one-year prison sentence by the “revolutionary courts”  her lawyer Nasrin Sotudeh was informed.

She was thrown down from the telephone box on which she was standing by security forces, causing her to need multiple stitches on her leg, and thrown into prison despite her wounds.

She was later taken to Valiasr hospital where her ankle wound had five stitches, before being returned to Gharchak prison.

The moment Mayram Shariatmadari is pushed off the pedestal.