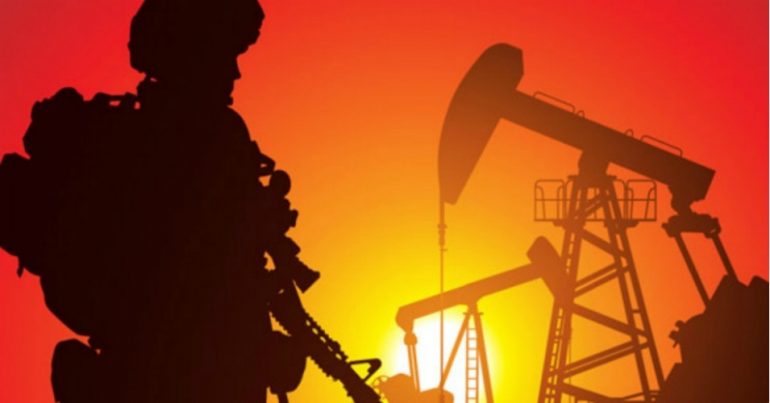 The question is: has the Trump administration already made a decision to go to war with Iran, similar to the determination of the Bush administration to invade Iraq in the aftermath of the 2001 attacks on New York and Washington?

Predictions are dicey things, and few human institutions are more uncertain than war. But several developments have come together to suggest that the rationale for using sanctions to force a re-negotiation of the Joint Comprehensive Plan of Action (JCPOA) is cover for an eventual military assault by the US, Israel and Saudi Arabia aimed at regime change in Tehran.

As clueless as the Trump administration is on foreign policy, the people around the White House—in particular National Security Advisor John Bolton—know that sanctions rarely produce results, and unilateral ones almost always fail.

Sanctions aimed at Cuba, North Korea, Iraq and Libya did not dislodge any of those regimes and, in the case of North Korea, spurred Pyongyang into producing nuclear weapons. Iraq’s Saddam Hussein and Libya’s Muammar al-Qaddafi were eventually overthrown, but by American firepower, not sanctions.

The only case in which sanctions produced some results were those applied to Iran from 2010 to 2015. But that embargo was multi-lateral and included China, India, and one of Iran’s major customers, the European Union (EU). When the U.S. unilaterally applied sanctions to Cuba, Iran and Libya in 1996, the move was a conspicuous failure.

This time around, the White House has made no effort to involve other countries. The Trump plan is to use the power of the American economy to strong-arm nations into line. Back our sanctions, threatens the administration, or lose access to the US market. And given that the world uses the dollar as its de-facto international currency, financial institutions may find themselves barred from using the Society for Worldwide Interbank Telecommunications (SWIFT), the American-controlled network that allows banks and finance centers to transfer money from country to county.

Those threats have not exactly panicked the rest of the world. China and India, which between them buy more than 1 million of Iran’s 2.1 million barrels per day production, say they will ignore the sanctions. According to Federica Mogherini, the EU’s foreign affairs minister, “The European Union is determined to act in accordance with its security interests and protect its economic investments.”

Adding up all the countries that will go along with the sanctions—including South Korea and Japan–will cut Teheran’s oil exports by 10% to 15%, nothing like the 50% plus that Iran lost under the prior sanctions regime.

In short, the sanctions won’t work, but were they really meant to?

It is possible that the White House somehow thinks they will—delusion is a characteristic of the Oval Office these days—but other developments suggest the administration is already putting in place a plan that will lead from economic sanctions to bombing runs.

For starters, there is the close coordination between the White House and Tel Aviv. Israeli Prime Minister Benjamin Netanyahu’s April 30 speech shortly before Trump withdrew from the Iran agreement was tailored to give Washington a casus belli to dump the agreement. Virtually all of what Netanyahu “revealed” about the Iranian nuclear program was old news, already known by US, Israeli and European intelligence services.

Four days before Netanyahu’s speech Israeli Defense Minister Avigdor Liberman met with his American counterparts and, according to Al Monitor, got a “green light” for any military action Tel Aviv might take against Iran.

The same day Liberman was meeting with the Pentagon, U.S. Secretary of State Mike Pompeo told Saudi Arabia to end its campaign against Qatar because the Americans wanted the Gulf Cooperation Council (GCC) to be united around a campaign against Iran.

Each of these moves seems calculated to set the stage for a direct confrontation with Iran involving some combination of the US, Israel and the two most aggressive members of the GCC, Saudi Arabia and the United Arab Emirates (UAE). The latter two are currently waging war on the Iranian-supported Houthis in Yemen.

It is almost impossible to imagine what the consequences of such a war might be. On paper, it looks like a cakewalk for the anti-Teheran axis. Iran has an antiquated air force, a bunch of fast speedboats and tanks that date back to the 1960s. The military budgets of the US, Israel and the GCC are more than 58 times those of Iran. But, as the Prussian military theorist Karl von Clausewitz once remarked, the only thing one can determine in war is who fires the first shot.

Military might does not translate into an automatic win. After almost 17 years of war, the US is still bogged down in Afghanistan, and it basically left Iraq with its tail between its legs. Indeed, the last time the American military won a war was in Grenada. As for the GCC, in spite of more than two years of relentless warfare in Yemen, the monarchs are no nearer victory than they were when the war started. And Hezbollah fought Israel to a stalemate in 2006.

While Iran does not have much in the way of military force, it has 80 million people with a strong streak of nationalism who would certainly unite against any attacker. It would be impossible to “win” a war against Iran without resorting to a ground invasion.

But none of Iran’s antagonists have the capacity to carry that out. The Saudis have a dismal military record, and the UAE troops are stalemated in their campaign to take Yemen’s capital, Saana from the rag-tag Houthi militia. The Israelis don’t have the troops—and, in any case, would never put them in harm’s way so far from home—and the Americans are not about to send in the Marines.

Most likely this would be a war of aircraft and missiles to destroy Iran’s military and civilian infrastructure. There is little that Tehran can do to stop such an assault. Any planes it put up would be toast, its anti-aircraft weapons are obsolete, and its navy would not last long.

But flattening Tehran’s military is not winning a war, and Iran has other ways to strike back. The Iranians, for instance, have shown considerable skill at asymmetric warfare in Iraq, Syria and Yemen, and it does have missiles.

The real damage, however, will be the fallout from the war. The price of oil is already on the rise, and hostilities in the middle of one of the world’s largest petroleum repositories will likely send it through the roof. While that will be good for the GCC, high oil prices will put a dent into the economies of the EU, China, India, and even the US.

What a war will almost certainly do is re-ignite Iran’s push to build a nuclear weapon. If that happens, Saudi Arabia will follow, and the world will be faced with several new nuclear powers in one of the most volatile regions of the world.

Which doesn’t mean war is inevitable.

The Trump administration hawks broke the JCPOA because they hoped Iran would then withdraw as well, giving the anti-Iranian axis an excuse to launch a war. Iranians are divided on this issue, with some demanding that Teheran re-start its uranium enrichment program, while others defend the agreement. Europe can play a key role here by firmly supporting the Joint Agreement and resisting the American sanctions, even if it means taking a financial hit.  Some European firms, however, have already announced they are withdrawing their investments.

The US Congress can also help stop a war, although it will require members—mostly Democrats—to put aside their anti-Iranian bias and make common cause with the “stay in the pact” Iranians. This is a popular issue. A CNN poll found that 63 percent of Americans opposed withdrawing from the agreement.

It will also mean that the Congress—again, mainly Democrats—will have to challenge the role that Israel is playing. That will not be easy, but maybe not as difficult as it has been in the past. Israel’s brutality against Palestinians over the past month has won no friends except in the White House and the evangelical circuit, and Netanyahu has made it clear that he prefers Republicans to Democrats.

Lastly, Congress should cut the arms pipeline to the GCC and stop aiding the Saudis in their war on Yemen.

If war comes, Americans will find themselves in the middle of an unwinnable conflict that will destabilize the Middle East and the world’s economy, and pour more of this country’s resources into yet another quagmire.