Iran: Triple alliance of US, Israel and Saudi Arabia piles on pressure 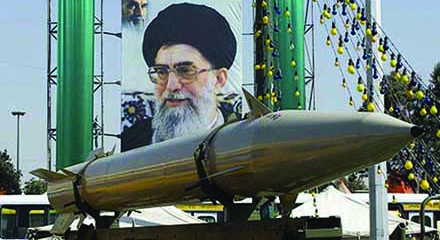 The first two weeks of the Iranian new year have been eventful times. Sections of the local media are full of warnings about imminent attacks by the US after Mike Pompeo and John Bolton take up their posts next week, while the royalists and the Mojahedin-e Khalq – a loony religious cult – are already celebrating their imminent triumphant return to Tehran. They are relying on Trump, Pompeo and Bolton to deliver ‘regime change from above’.

But Iranian opponents of war are using images of destruction and devastation in Baghdad, Tripoli, Damascus – in contrast to what these cities looked like before the various US interventions – to warn fellow countrymen of what can be expected,

However, for all the talk of the possibility of an attack – either from the US or Israel – most ordinary Iranians are grappling with more day-to-day problems. For example, the cost of basic food items has soared after the hike in the exchange rate with the dollar. In less than seven years the value of the dollar has increased from 1,000 to 5,000 Iranian tomans.

It is not just the recent appointments in the White House, but the general uncertainty created by the Trump administration, that have changed things. One of the scenarios considered in Washington, Riyadh and Tel Aviv is that there will be an Israeli air attack, targeting Iran’s ballistic missile bases or nuclear plants. Iran will then retaliate, either directly or via such groups as Hezbollah, and that would legitimise a US and/or Saudi intervention.

And the war of words has already started. According to prince Mohammad bin Salman al Saud,

As others have pointed out though, the Saudi crown prince, who is not a very bright spark, managed to contradict himself, since he is quoted in another interview as saying: “Iran’s army and economy is so weak that it cannot be a rival for Saudi Arabia”.[2]www.al-monitor.com/pulse/originals/2018/03/iran-saudi-mbs-60-minutes-threats-unity-reaction-iranians.html.

Of course, we know that the ‘common enemy’ – Iran – has created something of a rapprochement between Israel and Saudi Arabia. There is now open talk of the possibility of diplomatic relations being established between the two countries and, according to the Times of Israel,

The rumours of covert relations have been denied by Saudi officials. Still, a Saudi general visited Jerusalem in 2016 and met with Israeli lawmakers, and Saudi officials have met with Israeli officials on several occasions in public; Saudi Arabia also last month allowed Air India to fly to and from Tel Aviv via its air space.[3]www.timesofisrael.com/saudi-crown-prince-recognizes-israels-right-to-exist-talks-up-future-ties.

However, as always, Donald Trump, Binyamin Netanyahu and Mohammad bin Salman are underestimating the Islamic Republic of Iran. First of all, bin Salman’s recent statements have managed to unite pro-government and anti-government Iranians, who for various reasons – including Iranian nationalism and ‘anti-Semitism’ (in this case anti-Arab sentiments) – hate the al Saud family more than the clerics in power in Tehran. No amount of money spent on Farsi-language TV stations (now ranging from those offering popular trash to more ‘intellectual’ broadcasts) will change this.

Former US president Barack Obama succeeded in instilling divisions among Iranians by increasing doubt about the prospect for serious political reform within Iran. Now, thanks to Trump and Mohammed, attention is on US and Saudi threats, with many among even the die-hard opponents of the Islamic Republic now in agreement on the need to deal with foreign adversaries.[4]www.al-monitor.com/pulse/originals/2018/03/iran-saudi-mbs-60-minutes-threats-unity-reaction-iranians.html#ixzz5Bb1c6L7a.

Iran’s rulers have also made a conscious decision not to get involved in eastern Ghouta in Syria. Faced with the threat of US-imposed regime change, Iran has shown remarkable restraint both politically (it has been unusually quiet about the murder of 17 civilian Palestinians by the Israeli Defence Forces last weekend) and militarily. Of course, Russian involvement in support of the Assad regime in Syria has made it easier for Iran not to get involved, but all this still points to a new awareness of the dangers that lie ahead. So in some ways the ‘tripartite alliance’ (US, Israel and Saudi Arabia) has already succeeded in creating a more docile Islamic Republic.

However, the Iranian government is well aware that, even if it keeps its head down, the threat of war will not go away and that is why it is seeking to forge new security/military alliances with its neighbours. The conservative clerics are also calling for stronger ties with Russia and China. Both factions of the regime are preparing for the economic impact of new sanctions. It is clear that Iran’s trade route via Dubai will be hampered, but Qatar and maybe Oman are eager to take on that role. Such a move will be important for their own economic prosperity.

Since January Iranian president Hassan Rouhani has been bringing up the issue of ‘regional’ security alliances during his trips to India, Turkmenistan and Azerbaijan. Of course, faced with the threat of sanctions by the world hegemon power, none of these countries are in a position to provide the Islamic Republic with strategic defensive support, while the country Iran needs on board most of all, Russia, has so far avoided any such talk. According to The Diplomat:

… divergent objectives threaten to unravel Russia-Iran cooperation in Syria, as the conflict transitions from the military to diplomatic phase. Even though Russian military officials have praised the effectiveness of Hezbollah troops during pro-Assad military operations, Iran’s use of Syrian territory to create a permanent transit point for weaponry to Hezbollah has alarmed Russian policymakers, who seek to preserve strong relations with Israel.[5]https://thediplomat.com/2018/02/how-strong-is-the-iran-russia-alliance.

Some within the Tehran regime are hoping that the recent diplomatic spat between Russia, the UK, EU and United States, following allegations around the nerve gas attack in Salisbury, might improve Russian-Iranian relations. However, all the signs are that Trump, who at the end of the day has considerable power when it comes to foreign policy, has every intention of keeping intact his personal relationship with Vladimir Putin. Both the invitation to the Russian president to visit the White House and the congratulations sent to Putin after his ‘election’ are clear signs that, for all the rhetoric of cold war, Trump and Putin are still on good terms. Under such circumstances, Putin – beset as he is by a diplomatic spat with Europe and the US state department – is unlikely to seek any form of rapprochement with Iran.

In summary we do face a very dangerous situation in the Middle East. Netanyahu would certainly like to make use of a military conflict to divert attention from allegations of corruption levelled against him. Bolton is adamant that regime change from above is the only solution for the “Iran problem” and no-one amongst the senior ranks of the current US administration is now advocating the Iran nuclear deal. But the question for John Bolton remains: how to achieve his aim of ensuring Iran’s Islamic Republic does not last after 2018? Even the not so bright national security advisor in waiting must realise that the grouping he has been praising for the last decade, Mojahedin-e Khalq is incapable even of running a camp in Albania (where it is currently based), never mind a country.

The royalists used up all their cards during and immediately after the protests of December 2017-January 2018, when the media they control played a significant role in creating nostalgia for the ‘good old days’. Many young Iranians were unaware of the corruption, inequality and repression under both the shah, Mohammad Reza Pahlavi, and his son, Reza Pahlavi. However, in the last few months the non-royalist opposition, inside and outside Iran, has done a good job of debunking such illusions. Reza Pahlavi’s misogynist views are shared extensively on social media and, with the exception of a few diehard royalists, no-one really believes that the Pahlavis could be returned to power.

It is true that the ‘reformist’ faction of the Islamic Republic has failed to deliver on promises made time and again, but, in the absence of a viable opposition, it is difficult to see how ‘regime change from above’ can lead to anything but another Libya. Of course, it is possible that the destruction of another Middle Eastern state is precisely what the US has in mind, and most Iranians are wary of such a scenario. But, for all the fears of a new attack, it is more than possible that Trump’s main aim is to weaken Iran into further submission by the use of more long-term pressure.