Posted by Editor on Wednesday, September 12, 2018 · Leave a Comment 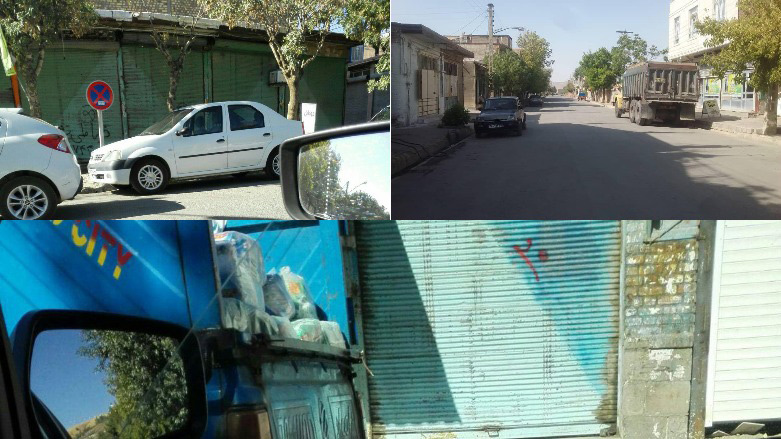 ERBIL (Kurdistan 24) – Iranian Kurdish shopkeepers on Wednesday began Rojhilat-wide (Iranian Kurdistan) strike against the executions of Kurdish activists and the bombing of opposition parties in Koya in the neighboring Kurdistan Region.

Kurdish parties and Kurdish activists in Iran called for shop owners to strike in protest of the Iranian government’s actions. Protests are also expected to take place in Europe.

“People in Kurdistan will stage a peaceful general strike to show the brutal Islamist regime in Iran that we will not accept more military attacks against our political parties and executions of our political activist,” Loghman H. Ahmedi, a senior member of the PDKI’s leadership, told Kurdistan 24.

“This regime is on its last leg. With a combination of peaceful demonstrations and general strikes, together with the resistance of the Peshmerga Forces, the Kurdish people will be at the forefront to bring about change in Iran. The only factor that is missing is international support to end the rule of this brutal theocratic regime,” he added.

According to the Kurdish Hengaw Organization for Human Rights, there were strikes in Kurdish cities, including Sanandaj, Mariwan, Saqez, Bane, Mahabad, and Piranshah.

“The sources in these cities have reported a massive strike,” and people are rarely leaving their homes, Hengaw stated.

The organization also claimed that the internet was cut or restricted in most Kurdish cities.

The atmosphere in Iranian Kurdistan is also completely militarized, and many Kurdish activists are being summoned, interrogated, and even threatened by security agencies, Hengaw claimed.

Its not the first time Kurdish shopkeepers strike against Iranian government policies.

In April, merchants and shopkeepers across several towns in Rojhilat held a weeks-long strike after the Iranian government launched a crackdown on Kurdish border couriers (Kolbar).

Residents in Kurdish-populated cities of Iran rely on imported products and trade to make a living.