Iranian writers Association and PEN protest at imprisonment of writers and repression in Iran. 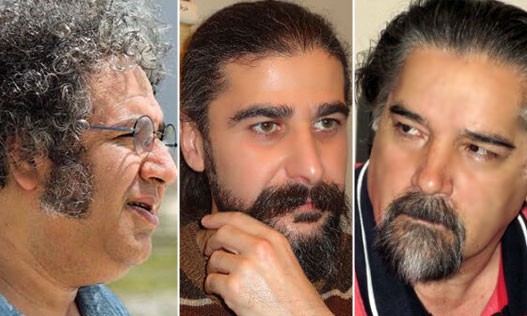 The protest by the Iranian Writers Association in Exile and Iranian PEN Association in Exile against the arrest and long prison sentence by the Islamic Republic on three writers: Baktash Abtin, Reza Khandan-Mahabadi, and Keyvan Bazhan ostensibly for for “spreading propaganda against the system” and for “assembly and collusion against national security” has received huge support within and outside the country.

The sentences against the three writers has been followed by arrest and interrogation of a large number of writers, journalists and poets over the last few weeks.

For full text of the Statement and the list of signatures (in Farsi):