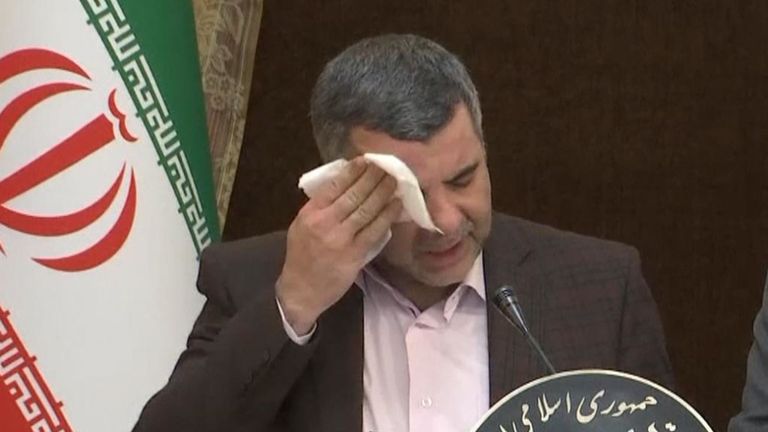 For six weeks after China first reported details of a previously-unknown coronavirus spreading in the city of Wuhan, the disease – now called Covid-19 – stayed mostly confined to China. But in the last two weeks, major outbreaks have sprung up outside the country’s borders. In South Korea more than 1,250 have contracted the disease while in Italy seven people have died amid 229 confirmed cases.

But it is Iran that is concerning public health experts the most. According to the latest reports from the Iranian health ministry, the country has seen 15 confirmed deaths from Covid-19 and 95 confirmed cases. That death rate – of around 16 per cent – is “really quite high based on the China experience, and for early in the course of the epidemic is substantially high,” says Paul Hunter, professor in medicine at the University of East Anglia. So what’s going on?

In Hubei, the centre of the Chinese outbreak, the mortality rate is estimated at two per cent, while in South Korea it is a little below one per cent. Iran’s death rate – in comparison to other countries – looks like it could be hiding a much greater number of infections than the official statistics suggest. According to an analysis by some Canadian researchers that is based on earlier data, the actual outbreak size might be closer to 18,300.

“Things just don’t add up,” says Ashleigh Tuite, an adjunct lecturer at the University of Toronto’s Dalla Lana School of Public Health and a co-author of the Canadian study. The fact that Iran came out and said it had seen deaths immediately was a worry. “Given it takes some time from being infected to a person dying, you’re not expecting to see deaths as a first sign of Covid-19 in the population. That’s where the red flags are at, which makes us think there must be more cases in Iran.”

“This is my concern that has been there since day one,” agrees Bharat Pankhania, public health lecturer at the University of Exeter. But the real reason for the odd numbers is still unknown.

Some believe the Iranian government is deliberately trying to downplay the severity of the infection in the country. That seems to be supported by reports that broke on February 25 claiming Iranian police arrested 24 people, and temporarily detained another 118, for being “rumour-mongers” about the spread of coronavirus in Iran. The head of Iran’s cyber police force told the state’s official news agency that the police would block online posts that “contain rumours or fake news meant to disturb the public and increase concern in society”.

That narrative – of see no evil, hear no evil, speak no evil – is perpetuated by the odd case of Iran’s deputy health minister Iraj Harirchi, who on February 24 denied to reporters the country was hiding the extent of coronavirus in the country while mopping his brow to tackle a fever, one of the major symptoms of the illness. In a video released the next day, Harirchi admitted he had contracted coronavirus, but said he and the country “will definitely be victorious against this virus in the next few weeks”.

However, the experts are sceptical. “I’m worried more about Iran than I am about Italy at the moment,” says Hunter, who is part of a group of researchers studying antibiotic resistance in war zone hospitals that takes him to the Middle East frequently. “If I wasn’t so exhausted by the time I got home last night, this is the thing that would have kept me awake.”

Hunter worries that Iran – and the wider Middle East – is a perfect petri dish for Covid-19 to spread. It’s located in an area where there are a significant number of armed conflicts. “Our ability to control it in the region, where there are porous borders, refugees escaping violence and soldiers mobilising, is severely depleted,” he says. “This could well be the locus for it to then spread globally at a time when China looks as though it’s pretty much on top of this.”

He doesn’t believe that the main issue is Iran is covering up the spread of the coronavirus. “My view of the world is more cock-up than conspiracy,” he says. But the alternative could be more worrying. “I don’t think Iran has the capacity to identify all the contacts and cases that are likely to have been effective.”

Iran’s state-controlled culture and the fact it’s cut off from the rest of the world may have an impact. The University of Exeter’s Pankhania believes there are major issues – and that the international community may be partly to blame. “It is possible for this virus to go into uncontrolled circulation in countries with poorer healthcare infrastructure,” he says. “Iran has been under universal health sanctions. Ordinary, innocent citizens of Iran are affected, and when you have free, uncontrolled virus circulating with a lot of people ill, this is a problem.”

Human Rights Watch said in October 2019, long before the coronavirus outbreak began, that American economic sanctions have harmed Iranian’s right to health. While international sanctions don’t extend to medical supplies, the knock-on effects on the economy have no ability but to harm how Iran’s health system works. Iran has 1.5 hospital beds per 1,000 people, according to the World Bank, half the number in Italy and lower than the global average of 2.7 per 1,000 people.

“I don’t think they have the resources and the infrastructure to adequately control it,” says Hunter. “They can’t even keep their own minister of health free from the infection.”

Iran does have one thing in its favour – its young population are more likely to become infected but not fall seriously ill as a result of coronavirus. However, the jury is still out as to whether asymptomatic people are still able to spread the coronavirus further. “A month ago I’d have said we don’t need to worry about those; now I’m less confident about that,” Hunter explains.

But certainly Iran and its position as a hub in the Middle East is having an effect. It’s also a hub from where people travel all over the world: Turkey, Iraq and the United Arab Emirates are the three most-popular destinations to travel to from Tehran, Rasht and Arak airports. And that’s a worry – not just for the Middle East, but for the world.

“Right now that’s the biggest concern,” says Rossman. “People infected at one of these clusters of outbreaks spreading to neighbouring countries. This seems to be occurring faster in the outbreak in Iran than other countries.”

Ashleigh Tuite re-ran the model she and colleagues developed for their paper again on the evening of February 25. It included the new cases that had been reported in Oman and other Middle Eastern countries. The number of cases she believes Iran has had increased to 23,000 – though the confidence intervals are wide. “We’re talking in that ballpark,” she says. One thing is for sure: “It’s definitely thousands of cases, not dozens.”

“The region is the thing that stops us being able to control this,” says Hunter. “And the region is being seeded from Iran.”