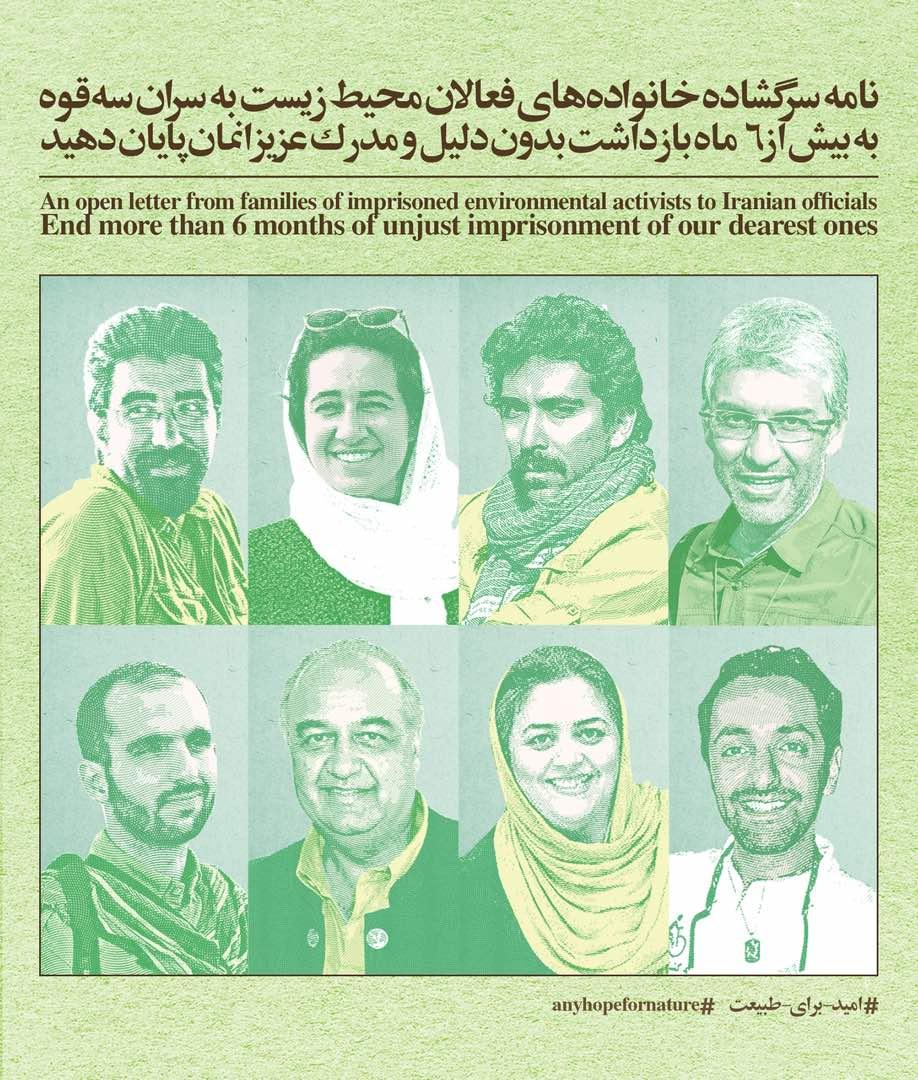 Amid worsening diplomatic and economic isolation, Iran is continuing its crackdown on perceived dissidents. Among the targets: environmental scientists.

A recent Amnesty International report claimed the Islamic Republic in 2018 arrested more than 7,000 rights defenders, in what was referred to as Iran’s “year of shame.” The organization highlighted that at least 63 environmental activists and researchers were detained, with some remaining in prison on dubious charges and without access to legal representation.

Nassim Papayianni, Amnesty International’s campaigner on Iran, told The Media Line that the scientists are accused of collecting classified information about Iran’s “strategic projects” and that “at least five have been charged with ‘sowing corruption on earth,’ which carries the death penalty.” He added that “Tehran’s Prosecutor General was quoted by Iranian state media [last month] as saying that the trial would take place soon, though he did not specify a date.”

Among those arrested was prominent environmentalist Kavous Seyed-Emami, who died under suspicious circumstances just weeks after being jailed. Iran’s judiciary holds that Seyed-Emami committed suicide whereas an autopsy report allegedly shows that he sustained injuries all over his body and was injected with an unknown substance. Meanwhile, his wife has been barred from leaving the country.

Niloufar Bayani, a Canadian resident and McGill University graduate, was also detained and charged with spying. Canadian news outlets reported that Bayani was in Iran to set to up camera traps to monitor endangered Asiatic cheetahs.

In November, hundreds of conservationists, including respected primatologist Jane Goodall, penned an open letter to Iranian Supreme Leader Ali Khamenei demanding that the ecologists be released from Tehran’s notorious Evin prison. Around the same time, a social media campaign titled #anyhopefornature was launched in the hope of drawing attention to the matter.

“It’s a war on scientific expertise because it is challenging powerful economic interests in Iran,” Hadi Ghaemi, Executive Director at the non-profit Center for Human Rights in Iran (CHRI), told The Media Line. “There are a lot of dams constructed over the last 15 years that have caused huge water shortages and exacerbated environmental problems.”

According to Ghaemi, the scientists are being kept in solitary confinement and were forced to make false confessions “under extreme duress” resulting from torture. Iranian authorities have so far failed to produce any evidence to justify the charges against them, he stressed, adding that the Persian Wildlife Heritage Foundation was targeted specifically because it was “very successful in building international relations” with institutions abroad.

“Iran’s hardliners are very fearful of opening up the country,” Ghaemi said. “This is really an attempt to prevent scientific policy recommendations.”

‘I Was Called A Bioterrorist’

Dr. Kaveh Madani, an environmental scientist and Senior Fellow at Yale University, was briefly imprisoned in Iran last February, after President Hassan Rouhani convinced him to leave his post at London’s Imperial College to serve as deputy head of the country’s Department of Environment.

During his seven-month tenure, Dr. Madani succeeded in raising public awareness of the ecological problems in Iran; however, after being interrogated on several occasions he was forced into hiding with his family.

“I was called a bioterrorist, water terrorist and spy for MI6, Mossad and the CIA,” Dr. Madani wrote in an article about the ordeal on the New Scientist website. “The Revolutionary Guards even claimed I was manipulating the weather to create a drought. They criticized me for supporting the ratification of the Paris Agreement on climate change, saying it would limit economic growth.”

He eventually fled the Islamic Republic and currently resides in the United States.

“The love of nature is a feeling [the Iranian regime] doesn’t understand,” Dr. Madani told The Media Line. “Instead, they like conspiracy theories and 007 [James Bond] stories. We are still confused, but the Revolutionary Guards think that [the scientists] were using camera traps to monitor missile and nuclear activities.”

In this respect, an Iranian conservationist who spoke to The Media Line on condition of anonymity claimed that some of the researchers may, in fact, have stumbled upon sensitive information.

“These wildlife conservationists had deployed camera traps in central Iran to monitor the Asiatic cheetah population,” the source revealed. “They accidentally found out about secret bases that held lots of missiles. That was why they got arrested. No one has [seen] them ever since.”

Numerous endangered species facing the threat of extinction have been affected by the clampdown on environmental scientists.

“Most of Iran’s fauna are in danger of disappearing due to a lack of commitment and interest by some relevant authorities of Iran’s Department of the Environment,” explained an Iranian conservationist that spoke to The Media Line on condition of anonymity. “The Persian leopard and brown bear are the most endangered carnivores in Iran. [But] there is no reliable data about others such as wolves, foxes, jackals, hyenas, etc. Unfortunately, the Asiatic lion and Caspian tiger went extinct years ago.”

The conservationist noted that the Iranian government has opted to devote most of its attention to the Asiatic cheetah, a critically endangered species with fewer than 50 animals remaining in the wild.

Ghaemi of the CHRI believes that the targeting of environmentalists is a byproduct of the regime’s efforts to consolidate power while limiting external influences.

“In general, the [authorities] are [going after] anyone that has international connections or relations and pushing them out of the country,” he said. “As the regional and international equation moves towards isolating Iran even more, this will justify these kinds of actions further and I’m afraid they will take their revenge on domestic actors.”

As such, Papayianni of Amnesty International is calling on the global actors to pressure Tehran to reverse what he described as a policy of tyranny against activists.

“The staggering scale of arrests and imprisonments reveal the extreme lengths the Iranian authorities are going to in order to suppress peaceful dissent,” he concluded. “It is important that governments who are in dialogue with Iran do not stay silent while the net of repression continues to expand.