Iraq Is On The Brink Of An Energy Crisis

Posted by Editor on Saturday, February 8, 2020 · Leave a Comment 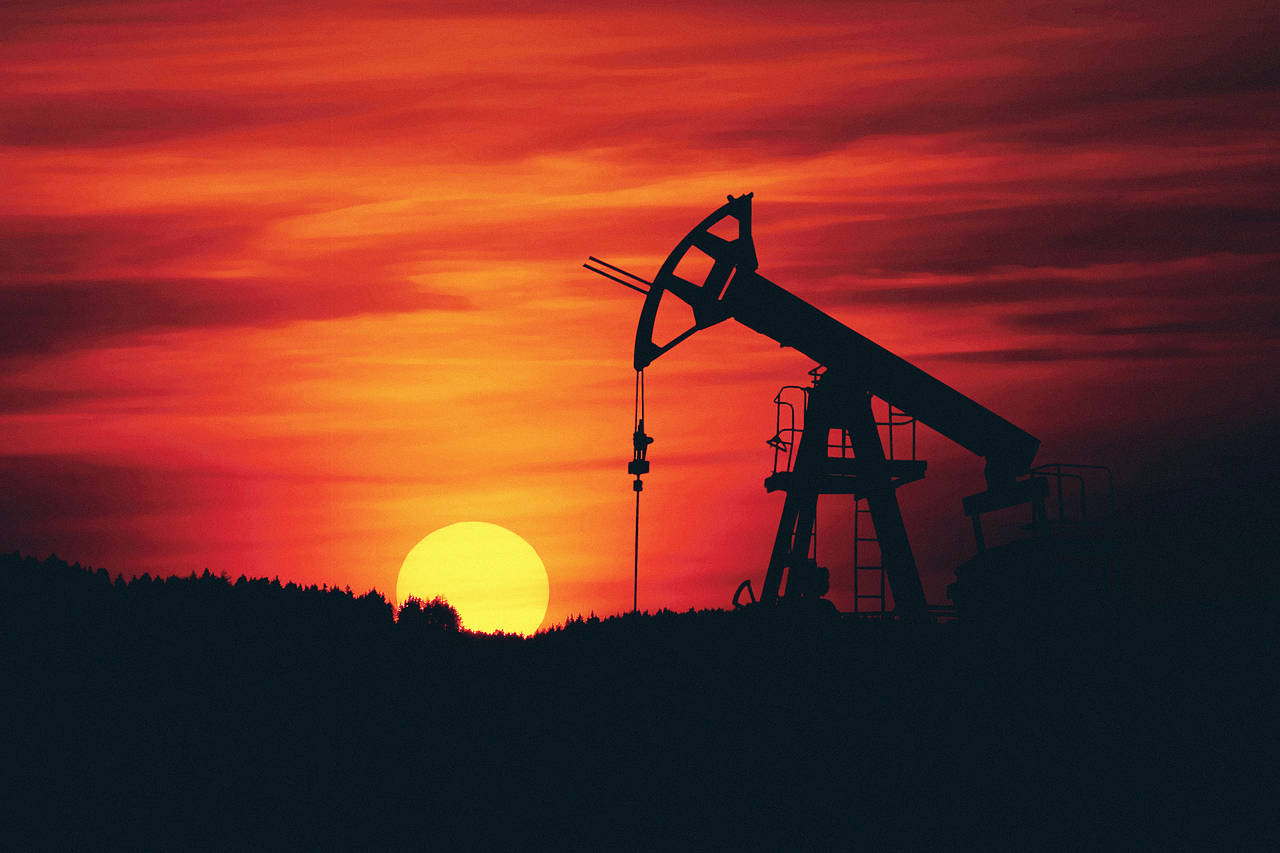 As the deadline for the U.S. to renew its waiver on Iraq importing gas and electricity from Iran approaches later this month, the three key players in this ongoing geopolitical saga have been preparing for all possible outcomes. As always in the global hydrocarbons markets, particularly in the Middle East, nothing is what it seems on first sight, with each of the main countries involved looking at outcomes that go way beyond mere gas sales.

The positioning began in earnest last week with a virtue-signalling comment from the Trade Bank of Iraq’s chairman, Faisal al-Haimus, that the bank – the main vehicle through which Iraq pays for these Iranian imports – would stop processing payments is the U.S. does not renew the relevant waiver at this end of this month. This would affect the payments for the entire 1,400 megawatts (MW) of electricity and 28 million cubic metres (mcm) of gas from Iran that Iraq requires to keep its key infrastructure in power, for some of the time at least.

In this context, peak summer power demand in Iraq perennially exceeds domestic generation capabilities, made worse by its capacity to cause major civilian unrest in the country. The relatively recent widespread protests across Iraq – including in the major oil hub of Basra – were widely seen as being prompted in part by chronic electricity outages. The situation also promises to become much worse as, according to the International Energy Agency (IEA), Iraq’s population is growing at a rate of over one million per year, with electricity demand set to double by 2030, reaching about 17.5 gigawatts (GW) average throughout the year.

Ahead of the waiver renewal point this month, then, Iraq has been playing both the U.S. and Iran, as part of the ongoing tightrope act in which it has been engaged since the fall of Saddam Hussein in 2003. On the one hand, a senior oil and gas industry figure who works closely with Iran’s Petroleum Ministry exclusively told OilPrice.com last week, Iraq has repeatedly stressed to the U.S. that it cannot effectively function – including at its oil fields – without Iranian gas and electricity supplies until a realistic alternative is up and running.

This is aimed, said the source, at extracting more investment from the U.S. both directly and indirectly, including expediting deals tentatively and firmly agreed with the U.S. before the attacks on U.S. bases in Iraq occurred. The key deal remains an integral part of Iraq’s longstanding rhetoric about reducing the epic squandering of its enormous gas natural resources through flaring. This deal, involving the signing of a memorandum of understanding with a U.S. consortium led by Honeywell, would reduce Iraq’s current level of gas flaring by nearly 20%.

Specifically, Honeywell, partnering with another U.S. heavyweight, Bechtel, and Iraq’s state-owned South Gas, would build the Ratawi gas hub. This, in its first stage would process up to 300 million standard cubic feet per day (scf/d) of ‘associated gas’ (generated as a by-product of crude oil production) at five southern Iraqi oil fields: Majnoon, Gharib al-Qurna, al-lhiss, al-Tubba, and al-Siba. “Moqtada al-Sadr [the effective leader of Iraq] knows that every time there is a hint that Iraq will continue with its historically close relationship with Iran, the U.S. comes in to offer the services of its companies at beneficial terms to Iraq,” the Iran source said.

In addition to this, Iraq has two natural hedge positions against the U.S. not extending its next waiver, and leaving Iraq supposedly without Iranian gas and electricity in the very short-term before U.S. investment and deals can actually put power on the ground in Iraq. The first of these hedges is that Iraq will just keep the money that it already owes Iran for previous supplies. According to a comment last week from Hamid Hosseini, a spokesman for the Iranian Oil, Gas and Petrochemical Products Exporters’ Association, up to US$5 billion in payments from Iraq to Iran for past gas and electricity supplies is sitting in an escrow account at the Central Bank of Iraq, but Iran cannot touch it because of the U.S. sanctions. In fact, according to the Iran source spoken to by OilPrice.com last week, the figure is US$6.1 billion, which, if the U.S. does not extend the waiver later this month, Iraq will just keep.

The second of Iraq’s hedges against the U.S. not extending the waiver on these imports from Iran at the end of this month is just to keep importing them anyway. Iraq has a very long porous border with Iran and an even longer history of using it – and shared facilities – to circumvent oil and gas sanctions, and there is no reason to assume that this will suddenly cease.

The question then naturally arises as to why Iran would agree to continue to supply Iraq with gas and other commodities if it cannot draw out money owed to it from the Iraq escrow account. The answer is twofold: first, Iran is working in a number of areas on essentially a barter-based business methodology, according to the Iran source. “It offers oil and gas resources to China and Russia and others which, in turn, offer Iran items it needs, such as technology items, chemicals, agricultural sector goods, and finance facilities, for example, so there are ways in which Iraq could pay Iran in currency of one sort or another,” he said.

The second option for Iran, and an idea of the assassinated Islamic Revolutionary Guard Corps (IRGC) commander, Major General Qassem Soleimani, is that Iraq assigns leases and ownership to Iran through a wide range of IRGC-related entities to commercial real estate and businesses in the Shia-dominated areas of Iraq. This transfer of ownership on a limited scale has been taking place on an intermittent basis for a number of years, especially around Karbala, Najaf, and Nasiriyah, according to the source.

“It suits the Iranians well enough, as it is a way of cementing Iranian control across the Shia population of Iran, and it suits Iraq as well as it means it doesn’t have to part with any money, which is always a strain on the already strained budget, and it means that it can leave it to Iran to control the radical Shia elements in and around those regions,” he added.

Finally, the U.S. cannot lose either way. If it extends the waiver, it keeps the door open to Iran coming back to the table to renegotiate the Joint Comprehensive Plan of Action nuclear deal whilst also keeping Iraq on side for future U.S. energy projects and keeping it from fully defecting to the Iran-Russia-China sphere of influence. If it does not extend the waiver then a relatively large non-Shia section of Iraq will keep the government in the state of flux that it has been since the fall of Hussein, which also benefits the U.S.

This strategy was previously known as the ‘Kissinger Doctrine’ of foreign policy – analysed in depth in my new book on the global oil market – in which the U.S. attempts to keep power in balance across a broad region through individual states fighting amongst each other, usually based on exploiting factional and or tribal and/or religious differences between groups.

By Simon Watkins for Oilprice.com

Simon Watkins is a former senior FX trader and salesman, financial journalist, and best-selling author. He was Head of Forex Institutional Sales and Trading for Credit Lyonnais, and later Director of Forex at Bank of Montreal. He was then Head of Weekly Publications and Chief Writer for Business Monitor International, Head of Fuel Oil Products for Platts, and Global Managing Editor of Research for Renaissance Capital in Moscow. He has written extensively on oil and gas, Forex, equities, bonds, economics and geopolitics for many leading publications, and has worked as a geopolitical risk consultant for a number of major hedge funds in London, Moscow, and Dubai. In addition, he has authored five books on finance, oil, and financial markets trading published by ADVFN and available on Amazon,