Posted by Editor on Thursday, November 3, 2016 · Leave a Comment 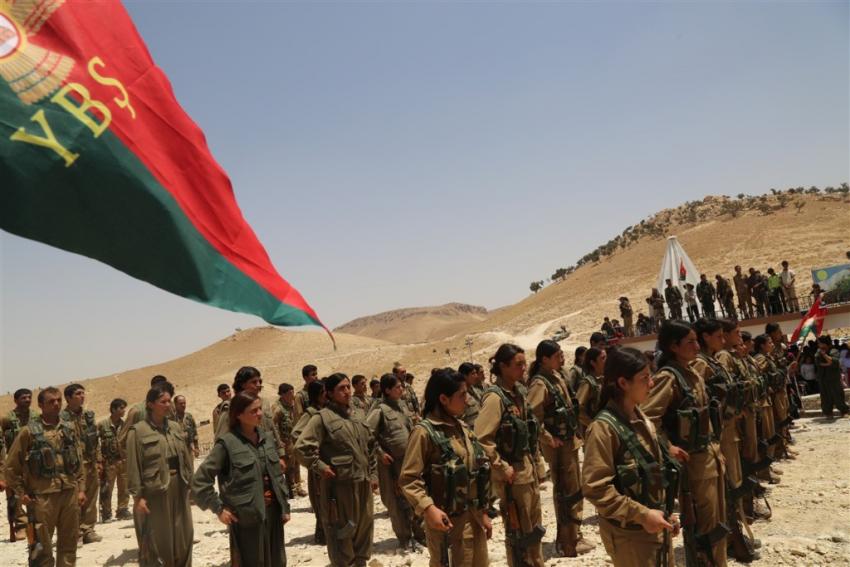 Iraqi Prime Minister Haider al-Abadi announced the start of an assault to recapture Mosul, the most important Iraqi city held by ISIS, on October 16.

The assault is spearheaded by the Iraqi army and the peshmerga, the armed forces of the Kurdistan Regional Government in northern Iraq. It also includes the Popular Mobilisation Units (PMU), an umbrella group of militia groups loyal to the Iraqi government and based in Iraq’s Shi’a Arab communities, and some other Iraqi militias.

Both the Iraqi army and the peshmerga receive material support from Russia, Iran, the US and other Western powers, including Australia. Western, Russian and Iranian forces are all involved in the assault on Mosul.

Initial reports suggested a steady advance towards the ISIS-held city. However, a fortnight later, military spokespeople said the assault would take weeks or even months.

By October 26, the UN’s Office for the Coordination of Humanitarian Affairs said up to 700,000 people could be displaced.

There are several reasons for the slow progress of the advance that are also reasons why the dislodging of ISIS from Mosul will not bring peace. One is that the Iraqi forces involved lack either military effectiveness or popular legitimacy.

Both the Iraqi army and the PMU are predominantly drawn from the Shi’a Arab population and have reputations for religious and ethnic sectarianism. The Arab population of Mosul is predominantly Sunni and the city also includes substantial non-Arab communities: Kurds, Assyrians and Turkmen.

The Iraqi and foreign forces involved are divided by several intersecting hostilities. The KRG is an autonomous entity within the Iraqi state.

However, there is intense rivalry between it and the central government in Baghdad and disagreement over whether Mosul should be part of the KRG’s territory.

Russia and Iran back the same sides as the US-led Western coalition in the Iraqi conflict, but in the interrelated conflict in neighbouring Syria they back opposing sides. ISIS-controlled territory, of course, straddles the Iraq-Syria border. The group invaded Iraq from Syria, where it initially established territorial control.

The Western media and its Russian and Iranian counterparts portray ISIS as some strange, evil force that came out of nowhere. But it is the result of foreign interference in Iraq and Syria.

The current fighting in Iraq is a continuation of the multisided conflict that has devastated the country since the US-led 2003 invasion. The US used violent divide-and-rule tactics to thwart opposition to their occupation and fomented a civil war, primarily between Sunni and Shi’a Muslim militias. Previously, the Sunni-Shi’a divide had been a factor in Iraqi politics, but a minor one.

This tactic worked to an extent. But the logic of the tactic led to the US increasingly favouring Shi’a militias, the stronger of the sides. These were allied to Iran.