Is Iran at Risk of Becoming a Chinese Colony? 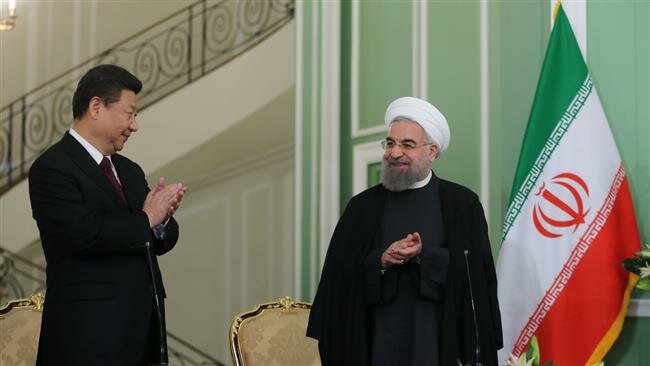 According to an article in the Petroleum Economist, during Iranian Foreign Minister Javad Zarif’s visit to China in late August, Tehran and Beijing updated an agreement they had reached in 2016 called the China-Iran Comprehensive Strategic Partnership and added new items to it. Most of these new points have not been publicly released.

Under this agreement China’s is committed to invest $280 Billion in Iran’s oil, gas, and petrochemical industries, along with $120 Billion in road and rail projects, over a twenty five year period in five year installments. In exchange, Chinese companies will have the first refusal to bid “on any new, stalled or uncompleted oil and gas field developments. Chinese firms will also have first refusal on opportunities to become involved with any petchems projects,” according to an Iranian source quoted in the piece.

Beijing will also provide the technology, personnel, and other components required to complete these projects. Most interesting is the provision that 5000 Chinese security personnel will be moved to Iran to protect Chinese workers and experts. China will have other advantages as well. According to Petroleum Economist, it will have “the right to delay payment for Iranian production up to two years and make payments in soft currencies.”

Iran desperately needs investments and sees China as a culturally acceptable power with which to partner. But should these agreements be implemented, the magnitude of the potential Chinese presence in Iran’s vital energy and infrastructure sectors would be such that it would amount to surrendering the future of its development to China. In fact, the extent of Iran’s concessions to China as envisaged in the above-noted document is reminiscent of the concessions granted in 1872 by the Qajar ruler Nasir Eddin Shah to Baron Julius Reuter. The concession generated popular protest along with fierce opposition by Tsarist Russia, and was finally cancelled. Then as now, financial and economic necessities were behind this concession, which at the time the Times of London called the biggest surrender of a country’s resources to a foreign concern in all of history.

Iran’s decision could be very damaging to its economic and political independence for several reasons. First, it is a basic rule of thumb that in any dealings between two unequal partners, the weaker partner would be wise to protect itself against the predatory impulses of the stronger by balancing its influence through cooperation with other powerful states and/or businesses and thus creating a degree of competition to protect itself from domination. But if Iran gives exclusive control of its oil, gas, and petrochemical industries to China, it will have no say in what is done or not done. Second, China has frequently broken faith with Iran in the past after making commitments for the development of its energy sector. There is no guarantee that Beijing will not do so again and will not abandon Iran in the pursuit of greener pastures and better opportunities. Third, as China’s experience in Africa shows, Beijing’s approach to the development of other countries’ resources is purely mercenary and exploitative. China has no interest in developing and advancing their local workforce or technological base. In addition to exploiting their resources, China uses these countries as employment opportunities for its own citizens. Even in earlier railroad projects in Iran, Chinese labor was employed despite Iran’s high unemployment rates. The African disenchantment with China should be sobering to Iranian leadership.

More alarming is the prospect of a large Chinese security/military presence in Iran. This Chinese presence could lead to a large inflow of Chinese nationals, which could drastically alter Iran’s ethnic and cultural landscape. In fact, the sheer magnitude of China’s population and Beijing’s insatiable thirst for all sorts of resources and employment opportunities is why many countries from Russia to those of Central Asia are fearful of an excessive Chinese presence.

Moreover, Iranian officials do not seem to be aware of China’s imperial and culturally superior mindset. China sees itself as the Middle Kingdom and the center of world civilization and views others as barbarians. The fact that China is located in Asia does not make it any less imperial in aspiration than the United States or Europe. Imperial tendencies and feelings of cultural superiority are not solely Western traits. Other states and cultures are also susceptible to similar temptations. For a regime that prides itself on its anti-imperialist crusade and its independence, the granting of such sweeping concessions to China is quite astonishing, especially that Beijing’s treatment of its Muslim minorities is much worse than that of those Western states.

Should all the content of the agreement be implemented, Iran could well become a colony of China in all but name. Coupled with a creeping Russian presence, Iran’s margin of economic and political independence will be dangerously narrowed, and it could effectively be divided into spheres of Russian and Chinese dominance. Or a sort of Russo-Chinese condominium could develop.

In light of these considerations, it is certain that many Iranians will be dismayed once they become aware of all the details of the Iran-China agreement. There is already a great deal of frustration among Iranians with China’s economic behavior and its predatory trade practices, including exporting Iranian handicrafts to Iran! There was a great deal of alarm among the Iranian people when it was reported via social media that Iran had given control of Kish Island in the Persian Gulf to China. This rumor was later denied by the government.

Iran’s history shows that its interests would be best served if it had economic and political relations with a large number of countries, which could balance one another and thus enable Tehran to retain a degree of independence and autonomy. But Iranian Islamists’ fear of what they see as the contamination of Islam by Western culture and their hatred of modernity, which the West symbolizes, is excluding such an approach. Instead it is pushing them in a direction that makes a mockery of their claims to independence and self-sufficiency and risks making Iran utterly dependent on a single country.

Unfortunately, the West’s policy towards Iran has only helped hardline Islamists and has weakened the more moderate and modernist forces in Iranian politics. One should remember that Iran first granted the French company Total energy concessions and invited U.S. companies to invest in Iran as early as 1994. Only after its overtures were turned down by the West did it put all its eggs in China’s basket. Regardless of the West’s attitude, no wise government should make its nation dependent on a single state. Spreading the risk is the wise policy to adopt.

Shireen Hunter is a University Associate with Georgetown University. From 2007 to 2014 She was a Visiting Professor and from 2014 until July 2019 she was a Research Professor at the School of Foreign Service. Her latest publication is Arab-Iranian Relations: Dynamics of Conflict and Accommodation, Rowman & Littlefield International, June 2019.