Is Israel Preparing A War On Hezbollah In Lebanon? Would Russia Expand Its Presence To South Lebanon? 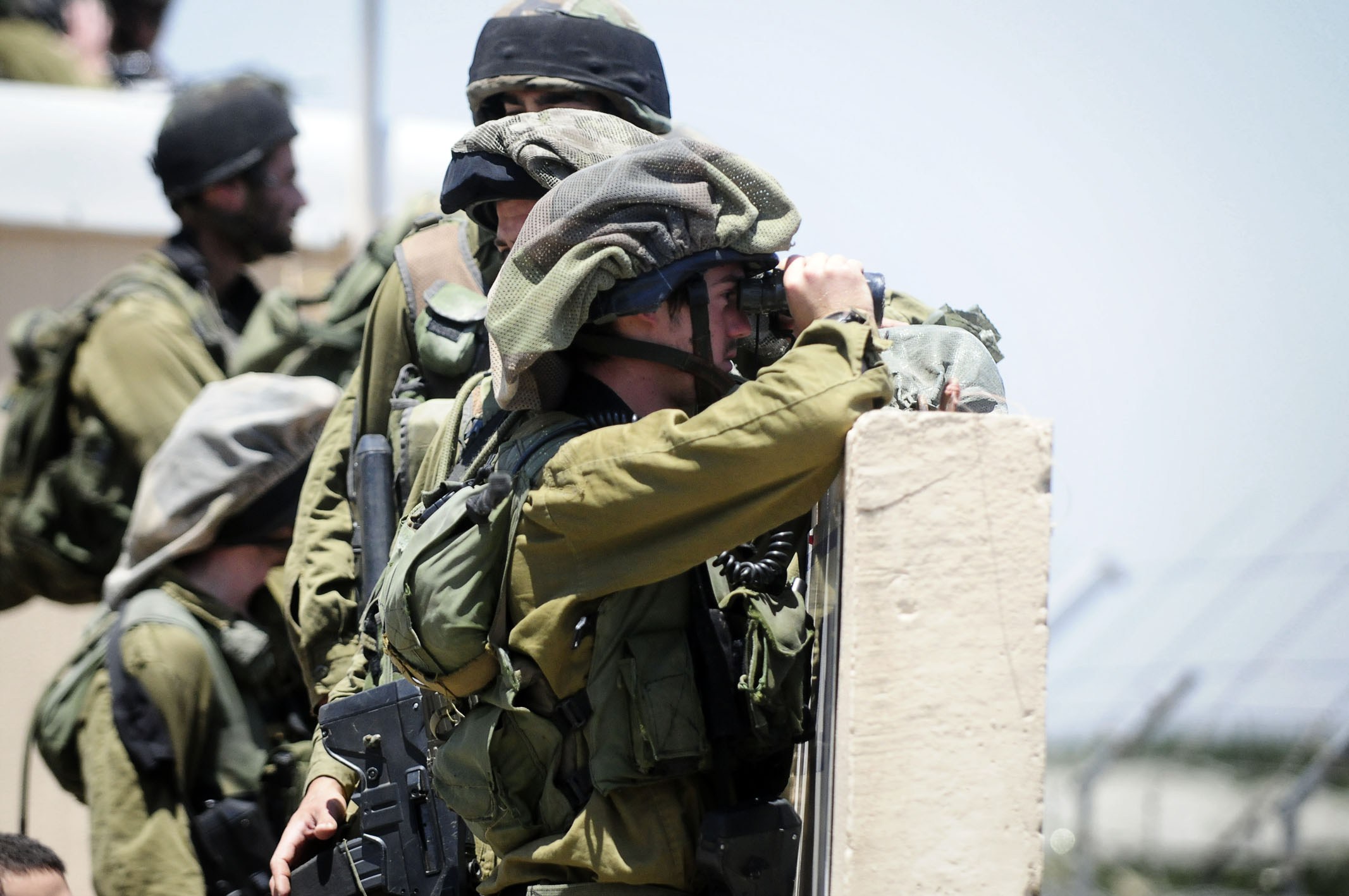 Tension is silently mounting between Israel and Hezbollah on the Lebanese border, where frenetic preparations are taking place, under the watchful eyes of both belligerents. There is an unusual state of alert, yet hardly visible to the naked eye: Israel is increasing its patrols on the borders, rising the deployment of officers and soldiers in their static military positions on the Lebanese borders, and Israeli jets and reconnaissance drones are more frequently violating the Lebanese airspace. For its part, Hezbollah is also improvising new positions to cover any gaps on the front, inland, and underground, increasing the level of alert and recalling its well-trained and experienced Special Forces (Al Ridwan units) from Syria to take preventive positions facing Israel. But is a third war possible today between Hezbollah and Israel after Israel’s failure in 2006? Why is the tension increasing just now?

Twelve years after the war that ended in August 2006, the drums of war are silently beating in the south of Lebanon. Since that date Hezbollah has increased its military capabilities and has stockpiled long-range accurate strategic missiles, solid fuel to ensure a rapid launch (built to its needs-high explosive warhead). Moreover, Hezbollah has acquired anti-ship missiles that can close any Israeli harbor and hit any ship and oil platform in the Mediterranean. There are strong indications that Hezbollah has anti-air missiles in its arsenal and that its militants are trained in using these in air raids.

Also, its Special Forces have gone through all kinds of warfare in Syria, from open desert to urban warfare, fighting ideologist jihadists indifferent to casualties (al-Qaeda in Syria)- plus dealing with car bombs, guided armed drones, suicide attacks… accumulated significant military experience any army in the world would dream of acquiring. Hezbollah has worked very closely with a classical army (the Syrian army), a Superpower (the Russian forces deployed in Syria), with irregular guerrilla groups (Iran’s allies) and alone in dozens of battles- throughout these seven years of war. Hezbollah’s strategic missiles are installed along the Lebanese-Syrian borders, inside the mountain chains, and under the ground to avoid Israeli bombs and also keep the action away from Lebanese residential areas.

Hezbollah’s Secretary General Sayyed Hassan Nasrallah has said if Israel decides to go to start a war, he “will import the next war into Israel” by sending ground forces to attack settlements and cities close to the Lebanese borders. He promised to bomb Tel Aviv, the chemical storage depot at Haifa, the Dimona nuclear facility and research center in the Negev, and all military airports and institutions. Sayyed Nasrallah is determined to take off the gloves, remove all taboos and use all Hezbollah’s military power and capability in any future war.

The list seems long and impressive: this is an organized irregular group that counts tens of thousands of members among its ranks. It is indeed considered one of the strongest armies in the Middle East, and its performance in Syria – a territory 18 times larger than Lebanon – proved its ability to defend and liberate territories beyond Lebanon. But is that track record enough to dissuade Israel from attacking Hezbollah?

Well informed sources said: “With Donald Trump in power, it is an opportunity. Israel could never dream about having a similar one in the future. Trump is ready to give Israel anything it needs for a war. He is sending US troops ready to die for Israel (as US Lt. General Richard Clark has said) and will spare nothing to end what he considers Iran’s ‘ grip on Lebanon’”.

The “regime change” goal in Syria has failed after 7 years of war. Today there are two countries still occupying the north of Bilad al-Sham: the US in the northeast and Turkey in the north-west. Following his meeting with President Vladimir Putin in Helsinki, Donald Trump gave Syria to Russia who guaranteed the protection of the Israeli borders and the occupied Golan Heights. Indeed, the south of Syria (except for the ISIS-controlled area in Quneitra) was delivered to the Syrian army with little resistance. The US ordered the closure of the Military Operations Centre in Jordan – known as MOC  and responsible for training and offering military assistance to jihadists and rebels to defeat the Syrian army – allowing the government in Damascus to regain control over its territory.

Moreover, the Kurds in al-Hasaka and Deir-ezzour provinces – responsible for the protection of the US occupation forces in north-east Syria – have initiated, with the US’s consent, a conciliatory dialogue with the government in Damascus. It is not unlikely that President Assad will offer the Kurds a place in the future Parliament and Government with some form of decentralized rule for the northern provinces.

These are an indication that the US is not willing to stay very long in Syria and is looking for a way out sooner or later. The safety of Israel has been an important issue and the US believes if the Iraqi Prime Minister Haidar Abadi is re-elected, that its forces in Iraq may be better positioned than in Syria. However, the presence of a strong Hezbollah undermines the security of Israel. Israel’s security cannot be fully guaranteed with a powerful Hezbollah, considered by both the US and Israel to represent ‘Iran’s armed agents’ on its borders.

Sources believe “since the US gave Syria to Russia, it is not unlikely that the same step will be repeated in Lebanon, but only following a destructive battle between Hezbollah and Israel”. Russia would become the guarantor of Israel security on its northern border in Lebanon as in Syria.

“Russia wants the war to end in Syria and is ready to liberate Idlib with or without Turkey’s consent. With the return of Idlib to the control of the central government in Damascus, Turkey will accept a reconciliation between the militants (non-jihadists) and the Syrian army. Moreover, as Russia protected the occupied Golan Heights, it can protect the borders between the Kurds and Turkey. Therefore, to ensure this hot spot of the Middle East is conflict-free, Lebanon may be expected to follow the same path of the Golan Heights and see the Russian military police on its borders”, said the sources.

“Today, (the pro-Saudi ex-Prime Minister of Lebanon) Fuad al-Sinura is not in power, as in 2006, and therefore, Saudi Arabia cannot stop Israel from destroying Lebanon to teach it a strong lesson (in their minds) for fully embracing Hezbollah. Israel will be financed and supported to start such a war. However, there is no doubt that Russia is not part of the planning and is not in harmony with Israel and the US against Hezbollah. Israel can find any excuse to start an attack and trigger a Hezbollah response to initiate a wider destructive war supported by Middle Eastern countries. But Russia, eager to see the end of all conflict in the area, would intervene to stop the war and to be present south of the Litani river, a longstanding Israeli wish”.

Iranian General Qassem Soleimani said, “74 members of the Lebanese Parliament are today in favor of the ‘Axis of the Resistance’ following the last parliamentary election”. This comment is not expected to be swallowed easily by Israel and Saudi Arabia, who consider that entire Lebanon is under Hezbollah’s control.

The question remains: with the lack of readiness  of the Israeli home front, and in the light of Hezbollah’s state of readiness, and its capability to hit any target in Israel, will Prime Minister Benyamin Netanyahu accept this adventure without any present-day guarantee of submitting and defeating Hezbollah and forcing its withdrawal from the borders, risking a repeat of what happened 12 years ago?