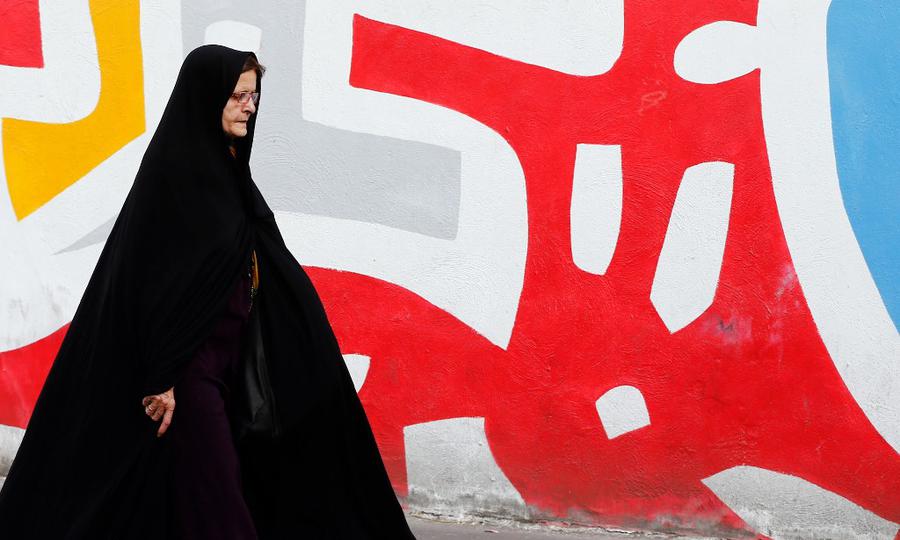 Iran is a country in which many aspects of public life: governance, education, foreign relations and even people’s lifestyles are peculiarly determined by ideology. The authorities ceaselessly preach to citizens about the importance of adherence to religious principles, and their resistance to anything that appears to be inspired by Western values has remained unbroken since the 1979 revolution.

In a recent example of the government’s opposition to Western-inspired lifestyle habits, Tehran’s police announced that nightlife in the 8.7-million-strong capital will not be permitted, and businesses, shops and restaurants are not allowed to operate after 1 am. A member of the Tehran City Council said nightlife areas had been designated in parts of Iran’s capital and people could enjoy their time in sanctioned shopping centers, cafes and restaurants until 3 am.

The moderate government of President Hassan Rouhani in 2015 agreed to a nuclear agreement with the US, European Union and other major world powers, to pave the way for economic engagement with the world.

At the same time, authorities have shown extreme sensitivity towards the increasing popularity of Western, un-Islamic practices and lifestyle among the public, especially the youth, and responded in frantic ways to counter the wave of “cultural invasion” from the West.

That appears to have increased after US President Donald Trump broke the agreement last year and reimposed sanctions, giving hardliners new ammunition against Rouhani. The Islamic Republic is now in an economic and political war with the United States and to some extent the European Union, and it does not want its years of propaganda against the West to be undermined by Western behavior at home.

In recent months, hundreds of women in different Iranian cities have been summoned to “morality police” stations for what they were told was their violation of Islamic hijab (veil) while driving or riding in cars. Iran’s police penalizes those women who take off their headscarves in cars, and when they are spotted by police vehicles, they receive text messages on their phones that they should visit a police station and give a commitment that they will not repeat the “offense” again; otherwise, they will be charged and referred to a court of law.

Tehran’s police chief General Hossein Rahimi announced in early June that the police forces in the capital have shut down 547 restaurants and cafes for not observing the Islamic principles. Eleven people have been arrested in connection with the closures.

Even if late nights drinking tea, smoking, and playing backgammon is conventional in the Arab world, in Iran nightlife it is often seen as a representation of Western culture. Restaurants take on Western names, from Paris Bistro to Mr. Food, and this is something the authorities despise.

Moreover, the type of music they play for customers, including jazz, heavy metal and rap, is not the type of government-sanctioned music one hears on state TV or radio. Some of them even manage to clandestinely serve alcohol, which is strictly against the law in Iran.

Finally, these spots are rendezvous points for young men and women, who in the eyes of the government, are challenging the representation of pious, devout, Muslim youths; whether in terms of how they dress or their worldview, habits and interests.

The reasons for shutting down of these restaurants, Tehran police chief said, included their “unconventional advertising” in  cyberspace and playing “banned music”.

The head of Tehran’s guidance court has talked of a communication channel for citizens of Tehran to report incidents of “immoral behavior”. Mohammad Mehdi Hajmohammadi said citizens can send messages to a designated number, reporting cases of hijab offense and other sorts of “social and moral corruption”.

Iran’s hijab laws and the authorities’ definition of moral crimes are incredibly vague and controversial, and emerge as popular topics for debate by politicians, academics and pundits.

People who call or text to report hijab issues are mostly conservative, middle-age citizens who consider hijab as a vital principle; young students affiliated with Islamic movements and also supporters of hard-line politicians such as Mahmoud Ahmadinejad

Critics say a sane government should not clamp down on its own citizens for their choice of dress and lifestyle. During the 2009 presidential campaign, the reformist Mir-Hossein Mousavi had vowed to terminate the morality patrols run by the police if elected president. In a widely-disputed race, he lost to the incumbent Mahmoud Ahmadinejad. He has been under house arrest since the Green Movement of 2011.

A megacity that has been the capital of Iran for 233 years now, Tehran is the second largest city in West Asia and is home to 16 million people in the wider metropolitan area.

For Sahar Nouri, a 31-year-old teacher in Tehran, nightlife is an opportunity to enjoy her time away from the routine complexities of life in a crowded, overpopulated metropolis.

She says nightlife is happening in Tehran despite the backlash from law enforcement authorities. “It doesn’t mean that it’s possible to do shopping at that time without difficulty, but when you go out at 2 or 3 am, entertainment and delicious edibles and drinks are in vogue and quite popular. Unfortunately, our decision-making elite is made of dogmatic people who oppose anything with a Western color without properly taking note of its pros and cons,” she said.

The 31-year-old teacher says nightlife, even to a limited extent, can be a remedy for a stressful and anxiety-ridden life in Tehran.

“In Tehran, people work throughout the whole day and don’t have enough time for entertainment or shopping. It would be great if they could be given such a chance after midnight. This was the point in the City Council’s proposal,” said Shima Hosseini, a 22-year-old resident.

“In summer, it’s extremely hot during the day and many people prefer to spend time out in the evening or after midnight. I can’t see any justification for opposition to this idea. In our country, we are experts in destroying good ideas,” she said.

Many observers, both inside and outside Iran, might see the government’s campaign against the lifestyle habits of Iranians in political terms. However, for ordinary citizens, it’s a matter of enjoying greater freedoms and seeing less intrusion into their personal choices. By resisting the crackdowns, people are not necessarily defying the government but insisting on a space for personal freedom.

Feature image: A woman walks past a mural along a street in the Iranian capital Tehran on June 21, 2019. Photo: AFP