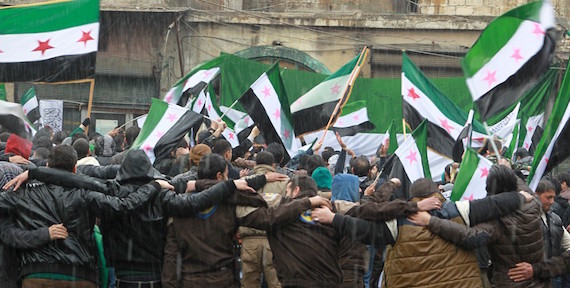 What is a resolution in Syria?

Syrians engaged in public affairs are always being asked about our conception of a resolution to the Syrian conflict. Rarely is the question a mere inquiry about what just resolutions may be possible. Instead, it is usually to provoke a concession that the issue is “complicated,” the resolution beyond the realm of possibility, or perhaps, that a solution is not attainable without setting the clocks back to a time before March 2011. Apart from that, the question often stems from a deafening ignorance of the history of political dissent in Syria, and of the squashed struggles towards democratic transition by a previous generation of Syrians. This line of questioning is also divorced, from any insight, albeit modest, of the different phases leading to the current juncture in our struggle.

Nevertheless, this article tackles that question of resolution directly, imagining an earnest unidentified reader, who genuinely aspires to a just resolution to the prolonged Syrian calamity, or one at least in the vicinity of justice.

Let’s get to the heart of the matter: A just solution in Syria should be based on establishing a new political majority in the country, one in which an expanding majority of Syrians become familiar with its political representation, and do away with minoritarian, oligarchical rule, in turn laying the foundation for a new Syria and an assimilative Syrian regime. This requires the end of Assadist rule, and of Daesh and any Salafist-jihadist groups, in addition to instituting political and cultural equality for the Kurds with no nationalistic hegemony . It requires laying the foundations for a democratic Syria that is based upon citizenship.

This would fulfil the demands for political justice, expand the base of rule, portend less bleak horizons for political evolution in the country, and in the long run, limit the possibilities of violent political eruption.

The minoritarian character of rule in Syria was institutionalized, at the turn of the century, by bequeathing authority only within the Assadist dynasty. Effectively, this represented a sultanic transformation that drove the final nail in the coffin of a Syrian republic, and entailed a constitutional amendment so that the Syrian deep state could sustain the Assad dynasty . The minoritarian aspects of the rule have been reinforced by economic liberalization oriented to neoliberalism, and hence by the unprecedented interlinking of exclusionary power retention and privileged access to national resources by a new bourgeoisie class, principally composed of relatives, cronies and associates. Furthermore, during the years of both the Father and the Son, the Assadist state has relied upon sectarianism as an essential tool for ruling. It has been used to divide its subjects making them fearful of each other, and it has offered discriminatory identification with the state to a section of the population, the Alawites that primarily constitutes the state security shield.