The Menace of Trump and the New Authoritarianism: An Interview With Henry Giroux 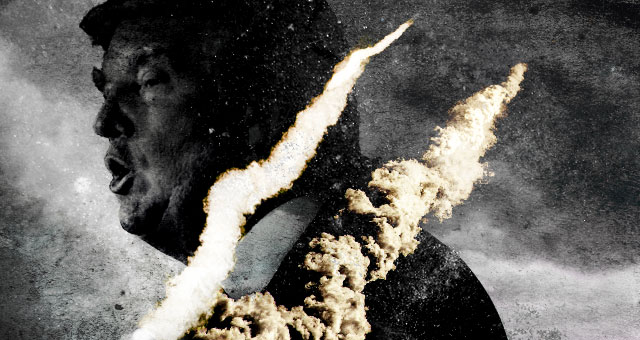 Trump’s brand of populism and politics are a tragedy for democracy and a triumph for authoritarianism. Using manipulation, misrepresentation and a discourse of hate, he is pushing policies designed to destroy the welfare state and the institutions that make a democracy possible. Trump’s first few months in office offer a terrifying glimpse of an authoritarian project that combines the ruthlessness of neoliberalism with an attack on historical memory, critical agency, education, equality and truth itself. While the US may not be in the full bloom of the fascism of the 1930s, it is at the tipping point of a virulent, American-style authoritarianism. These are truly dangerous times as right-wing extremists continue to move from the margins to the center of political life.

I asked renowned public intellectual and social activist Henry Giroux — who has written extensively on cultural studies, youth studies, popular culture, media studies, social theory and the politics of higher and public education — to discuss the new developments that are taking place in the United States and the possible strategies and tactics to engage successfully in processes of resistance and egalitarian social transformation during the Trump era. In this interview, he analyzes the underlying forces of authoritarianism at work in the United States and Europe, and argues that resistance is not simply an option but a necessity.

Let’s begin by discussing the current state of US politics and then move on to looking at the alternatives for change. What is your evaluation of the first two months of Trump’s presidency?

First, at his inaugural address he echoed fascist sentiments of the past by painting a dystopian image of the United States marked by carnage, rusted-out factories, blighted communities and ignorant students. Underlying this apocalyptic vision was the characteristically authoritarian emphasis on exploiting fear, the call for a strong man to address the nation’s problems, the demolition of traditional institutions of governance, an insistence on expanding the military, and an appeal to xenophobia and racism in order to establish terror as a major weapon of governance.

Second, Trump’s support for militarism, white nationalism, right-wing populism and a version of neoliberalism on steroids was made concrete in his various cabinet and related appointments, which consisted mostly of generals, white supremacists, Islamophobes, Wall Street insiders, religious extremists, billionaires, anti-intellectuals, incompetents, climate-change deniers and free-market fundamentalists. What all of these appointments share is a neoliberal and white nationalist ideology aimed at destroying all of those public spheres, such as education and the critical media that made democracy function, and political institutions, such as an independent judiciary. They are also united in eliminating policies that protect regulatory agencies and provide a foundation for holding power accountable. At stake here is a united front of authoritarians who are intent on eroding those institutions, values, resources and social relations not organized according to the dictates of neoliberal rationality.

Third, Trump initiated a number of executive orders that left no doubt that he was more than willing to destroy the environment, rip immigrant families apart, eliminate or weaken regulatory agencies, expand a bloated Pentagon budget, destroy public education, eliminate millions from health care insurance, deport 11 million unauthorized immigrants from the United States, unleash the military and police to enact his authoritarian white nationalist agenda, and invest billions in building a wall that stands as a symbol of white supremacy and racial hatred. There is a culture of cruelty at work here that can be seen in the Trump administration’s willingness to destroy any program that may provide assistance to the poor, working and middle classes, the elderly and young people. Moreover, the Trump regime is filled with war mongers who have taken power at a time in which the possibilities of nuclear wars with North Korea and Russia have reached dangerous levels. Furthermore, there is the threat that the Trump administration will escalate a military conflict with Iran and become more involved militarily in Syria.

Fourth, Trump repeatedly exhibited a shocking disrespect for the truth, law and civil liberties, and in doing so he has undermined the ability of citizens to be able to discern the truth in public discourse, test assumptions, weigh evidence and insist on rigorous ethical standards and methods in holding power answerable. Yet Trump has done more than commit what Eric Alterman calls “public crimes against truth.” Public trust collapses in the absence of dissent, a culture of questioning, hard arguments and a belief that truth not only exists but is also indispensable to a democracy. Trump has lied repeatedly, even going so far as to accuse former President Obama of wiretapping, and when confronted with his misrepresentation of the facts, he has attacked critics as purveyors of fake news. Under Trump, words disappear into the rabbit hole of “alternative facts,” undermining the capacity for political dialogue, a culture of questioning and civic culture itself. Furthermore, Trump not only refuses to use the term “democracy” in his speeches, he is also doing everything he can to establish the foundations for an overt authoritarian society. Trump has proven in his first few months in office that he is a tragedy for justice, democracy and the planet and a triumph for an American style proto-fascism.

You have argued that contemporary societies are at a turning point that is bringing the rise of a new authoritarianism. Trump would only be the tipping point of this transformation?

Totalitarianism has a long history in the United States and its elements can be seen in the legacy of nativism, white supremacy, Jim Crow, lynchings, ultranationalism and right-wing populist movements, such as the Ku Klux Klan and militiamen that have been endemic to shaping American culture and society. They are also evident in the religious fundamentalism that has shaped so much of American history with its anti-intellectualism and contempt for the separation of church and state. Further evidence can be found in the history of corporations using state power to undermine democracy by smashing labor movements and weakening democratic political spheres. The shadow of totalitarianism can also be seen in the kind of political fundamentalism that emerged in the United States in the 1920s in the Palmer raids and in the ’50s with the rise of the McCarthy period and the squelching of dissent. We see it in the Powell Memo in the 1970s and in the first major report of the Trilateral Commission called The Crisis of Democracy, which viewed democracy as an excess and threat. We also saw elements of it in the FBI’s COINTELPRO program, which infiltrated radical groups and sometimes killed their members.