New Caspian Accord Resolves Some Issues, Not All 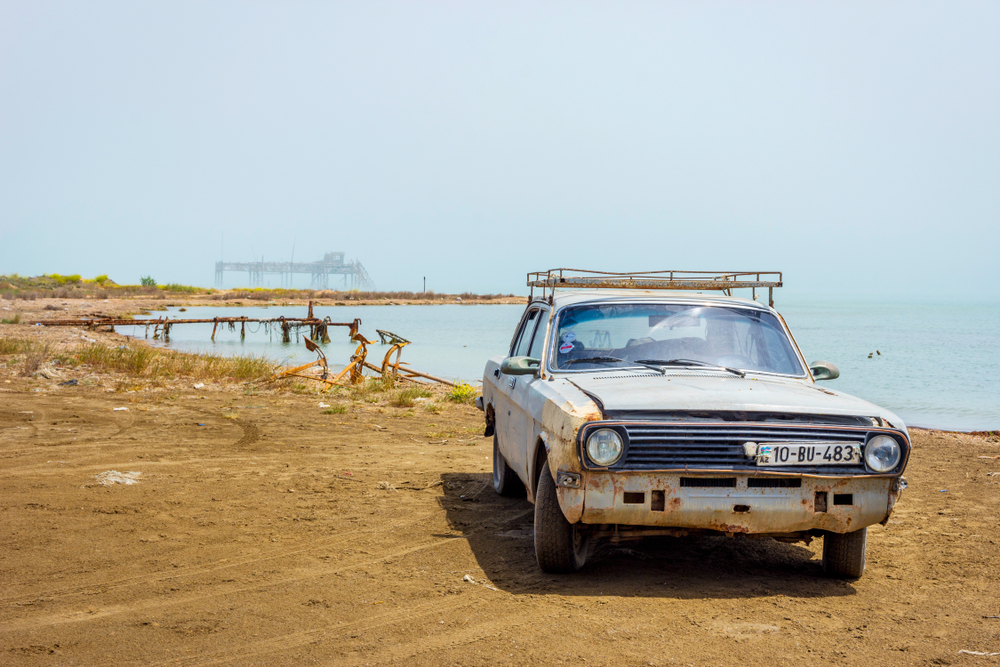 Ever since the demise of the Soviet Union in 1991, the five states bordering the Caspian Sea (Russia, Kazakhstan, Turkmenistan, Azerbaijan, and Iran) have been unable to reach agreement on a legal regime for the body of water—until just recently at a summit meeting of their presidents in Aqtau, Kazakhstan on August 12. Although the agreement made significant progress, it did not resolve the main issue of contention between Iran on the one hand and the former Soviet republics on the other: how to divide the considerable petroleum resources beneath the sea.

The Caspian issue has a long, complex history. During Soviet times, the USSR and Iran were the only two states bordering the sea. Under Stalin, Moscow drew a line on a map of the Caspian that gave 11 percent of the inland sea to Iran. Tehran did not accept this but did not actively challenge it either. After the USSR collapsed—and Russia no longer shared a border with Iran while the two new and much smaller states of Azerbaijan and Turkmenistan did—Tehran demanded a more equitable division of the Caspian.

The solution that Russia (along with Azerbaijan and Kazakhstan) would eventually propose was that the Caspian be divided along the “modified median line” in proportion to each littoral state’s percentage of the coastline. Under this formula, Iran would be entitled to a 13 percent share—which was more than it had had during Soviet times. Tehran, though, claimed that each of the five states should have an equal 20 percent share of the sea. Turkmenistan’s position under its first leader was unclear.

Substantial oil resources were believed to lie beneath that part of the Caspian between the 13% share Moscow proposed assigning to Iran and the 20% share that Tehran claimed but which belonged to Azerbaijan under the Russian plan. A crisis over this issue emerged some weeks before September 11, 2001. On July 23, an Iranian gunboat ordered two Azeri research vessels operated by BP to leave the disputed area . The two vessels quickly withdrew, and BP then announced a halt to exploration activity in the disputed area. Although this dispute was between Iran and Azerbaijan, Moscow became extremely upset when the United States and Turkey expressed support for Azerbaijan and Baku looked like it might turn to them for military support. Moscow definitely did not want to see Western forces operating in the Caspian where the USSR/Russia had long been the predominant military power.

Probably in response to Iran’s gunboat diplomacy, Russian President Vladimir Putin paid a visit to Russia’s Caspian Sea naval flotilla in April 2002, and Russia subsequently undertook a two-week long Caspian military exercise the following August. Iran was believed to be the target of this Russian show of force. Russian-Iranian relations would later improve. But despite numerous summit meetings held over the years, no agreement on the Caspian was reached until now.

The August 2018 agreement gives each littoral state exclusive control of mineral rights within 15 nautical miles of its shoreline plus exclusive fishing rights over an additional 10 nautical miles. The remaining area of the sea above the seabed is to be shared jointly. Another provision of the agreement prevents non-Caspian forces from being deployed in the region (thus preserving Russian military dominance). Yet another allows undersea pipelines between littoral states agreeing to them whose maritime territory they would cross—thus allowing Turkmenistan to build its proposed Trans Caspian Pipeline to Azerbaijan so that its gas can reach Europe—though this must be done in accordance with unspecified “ecological demands and standards.” Russia and Iran have long cited environmental objections to the proposed Trans Caspian Pipeline, but they were really trying to prevent Turkmenistan (which has enormous gas reserves) from selling to Europe. Perhaps now, though, this project will go ahead.

Achieving this much agreement on the Caspian now after nothing was done for over two decades is undoubtedly a result of closer Russian-Iranian cooperation. Both feel the pressure of increasing U.S. economic sanctions as well as the Trump administration’s withdrawal from the Iranian nuclear accord. Yet these factors were clearly not sufficient to induce Iran to agree with the other four on their preferred means of delineating the seabed, under which there is believed to be some 50 billion barrels of oil and almost nine trillion cubic meters of gas. Moscow, though, may hope that the Trump administration’s increasing pressure on Iran may yet induce Tehran to make the concessions on this issue that Russia and the other littoral states are seeking.

From the start of his presidency, Trump has argued that improving U.S. relations with Russia would be useful in getting it to help the United States deal with Iran. It seems instead that it is Putin who has found Trump’s policies useful in getting what Russia wants from Tehran.

Mark N. Katz, a professor of government and politics at the George Mason University Schar School of Policy and Government, is a Visiting Senior Fellow at the Finnish Institute of International Affairs during August 2018. The views expressed here are his alone. Links to his recent articles can be found at www.marknkatz.com