Iran: Observations on the protests of December 2018: Part 1, the watershed moment 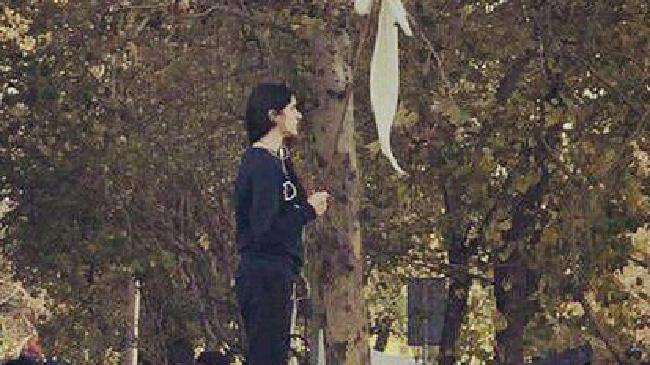 The wave of protest and demonstrations began at the end of last December and enveloped most of Iran’s towns and cities will be recorded as a historic turning point. The political landscape will no longer be the same.

Regardless of the outcome of the protests, whether they open the way to a historic transformation; act as a gateway into developments outside the wishes of the demonstrators; be absorbed or ultimately suppressed, one point is certain: after what took place the ruling regime can no longer carry on in the old ways. The recent explosive protests destroyed the political, cultural and ideological foundations of the Islamic regime and brought out into the open the sterility of the so-called ‘Islamic revolution’.

The recent protests are the most class-based event in the years following the revolution. More than at any other time it was the lower urban classes that formed the core active body of the protestors. The urban destitute, the mass of voiceless and faceless had rarely been present on the street in such number in previous protests. Those living on the margins, homeless, itinerant hawkers, vendors, day or seasonal workers, the unemployed, etc were seen alongside workers, students and the young and formed the main component of the crowds on the streets. These were people who have had no place in the dominant discussions in the country, nor were represented anywhere. Neither were they gathered and organised in any organisational structure with a leadership.

In the years following the revolution we have seen been numerous collective acts and events in the country. Popular protests have played a regular role in the daily life of large section of the country. But the mass that rose up in the six days over the new year was unique, not only in its class dimensions, but because of its explosive dynamism, geographic spread, the radicalism of its slogans, and variety of methods employed. Nothing like this has been seen since the revolution of 1979. All of a sudden the rules of the political game changed and all those who had been exiled from the customary political landscape of the country found their voice, and imposed novel actions, words and culture on the prevailing political discourse.

The driving force for the December uprising was a vast accumulation of economic, political and social issues. The terrible collapse of living standards of workers and various layers of the oppressed has created a material basis for this movement, which alongside the galloping proletarianisation of independent producers and the collapse of the middle layers of society, has fed into the discontent of millions.

The deep roots of this situation should be sought in the capitalist mode of production. But undoubtedly what has exacerbated this process are the neo-liberal, militaristic economic policies over the recent decades. The restructuring of the models of accumulation of capital, hidden or patent removal of ownership under the name of privatisation, commodification or deregulation, created sudden and catastrophic disruptions in the functions of the most basic institutions of social life. These were some of the conveyor belts that transferred wealth and income upwards from below, constantly increasing inequalities and deep social and class divisions that accompanied these inflamed feelings of injustice helplessness, which in turn fanned the flames of discontent.

Forces unleashed in the streets no longer consent to resist lawfully and within the system. Their hopes of improved circumstances by resorting to elections, joining processions, and ballot papers choosing between bad and worse had reached its inevitable upshot: to move from indirect intervention through representatives, to direct action. When the futility of ‘legitimate’ protest becomes the universal experience of the people, then resorting to ‘illegitimate’ intervention becomes inevitable.

But what has radicalised the demands and converted those related to living conditions and welfare into ones directed at the essence of the regime and its structures at their very core, in other words from reform to change, has its roots elsewhere: loss of hope in any change, loss of faith in any improvements through relying on rival regime factions, and a collapse of trust on the promises made by those in power in improving conditions or changing policies.

The shock resulting from President Hassan Rouhani abandoning the promises he made before his landslide election and his government’s rapid turn to the right in its very first steps in his second term in office was a heavy blow to the hopes of a population that had put all its expectations on the ballot box.[1]Very soon the #takebackourvote was circulating widely The revelations of the last few months and the explosion of information on corruption[2]Revelations of astronomical levels of corruption with names and figures began to appear in rival papers supporting one or other faction. pulled asunder the government’s curtain of lies at all levels. It revealed the depth of the corruption in the very fabric of the system.

Like most countries the information explosion has changed the way we define the ability to mobilise and organise mass movements. Here, as elsewhere, protestors over the last few years have relied more and more on the internet and virtual space to connect their scattered social roots. The increasing spread of satellite media and the rapid increase within the population of the means of accessing them has not only deprived the Islamic regime of its monopoly on news and information, but has given the protestors the ability to effect and direct every movement and protest. The prominent role played by social media in directing public opinion regardless of geographic and local limitations and the increasing facilities offered by the virtual space in creating networks, mobilising and organising, has taken mass movements into a totally new phase.

Young people’s ability to harness new apps to their service has given them a unique role in mobilising and organising mass movements. Without such tools, and their skill and daring, the rapid spread of the recent movement from one end of Iran to the other would be unthinkable.

It is important to stress that the recent protests were spontaneous, and their direction independent, internal and organic. This remains true regardless of any advantages taken of opportunities or openings that appeared. They took to the streets and externalised their demands in popular protests over the last two weeks. Thousands of cells and horizontal networks formed around countless civil activists and social actors, who took over the role of directing, coordinating and harmonising these movements. In the age of the internet and social media, spontaneity and decentralised leadership is a characteristic of many collective actions in the absence of overarching political or civil organisations. This is particularly true at the beginning, when they are in their embryonic stage. This rule not only applies to the recent events in Iran but also has been validated in many collective actions here and in other countries.

While in the early embryonic stages, spontaneity, unlinked or loosely linked internal leadership can provide a secure and important support for mobilising individuals, this is no guarantee for further growth and progress. Dispersed and unlinked leadership, while capable of reflecting the social and political variety of the masses on the move, does not necessarily respond to their need for moving together in with a united, overlapping purpose, in unison and solidarity.

In the recent uprising, shared pains, deprivations and experiences acted as a factor for sharing the ‘negating slogans” over what they reject.[3]Such slogans that demanded the removal of supreme leader Ayatollah Khamenei’ alongside the president Hassan Rouhani Yet any consensus as to ‘affirmative slogans’, what should be setup in its place remains unsaid. Prolongation of the protests will sooner or later overcome the scattered nature of the forces directing the movement, and with that the increasing conflicts between different tendencies and conflicting interests to ride on the shoulders of the risen people and to determine their goals and the horizon of their movement.

These protests like all other protests of this nature, if they are not to dwindle like sparks, must evolve into a movement with somewhat variable features. All their characteristics, from leadership, organisation structure and strategy, to tactics and ideology will be subject to changes dialectically directed by the internal and external elements and conditions. From here onwards, the leadership of these movements can oscillate between independence and spontaneity on the one hand and dependence and vulnerability to outside influence – roles between an active agent and a surrogate executor.

For an organic leadership rising from within the movement to survive and strengthen requires, among other characteristics, a depth of historic, political and class awareness, and the ability to utilise wisely the available resources without losing control. A movement that is defined in its embryonic stage by what it rejects, will be subject in subsequent stages to profound conflict in its choice of strategies and aspirations. It is in these stages that numerous powers and interests will try to ride it and steer it towards their own goals.

It is no wonder that a Donald Trump, who denies entry to the citizens of Iran accusing them of terrorism, or Reza Pahlavi[4]The son of the last shah of Iran Mohammad Reza Pahlavi who has spent three or four decades of his life ‘struggling’ in Las Vegas clubs and gambling houses suddenly raise their heads in defence of the ‘movement of the hungry’ in this country.

The importance of achieving an organic, independent and coordinated leadership is not only in being faithful to political and class interests, but in resisting outside influence.

Ultimately what will define the direction and goals of the current uprising of the downtrodden, or how to realise these goals is not necessarily achieved by relying on their own individual or individual group experiences. This requires a restructuring the present scattered leadership as well as the integration of personal and group experience with political and class knowledge.

After some days the government finally recovered from the shock of the unexpected and heavy blow delivered by the hungry and the disenchanted. It resorted to the only garb that would hide its nakedness, repression. Anti-riot guards occupied the streets. Thousands were sent to prison. Children, women and men who are at the end of their tether are lined up outside the “revolutionary courts”, accused of being agents of foreign power. Official media creates an atmosphere of fear, intimidation and anxiety. What is certain, however, that neither police, nor ideological and psychological repression, nor the use of hardware and software, will be able to cover up its inability to solve the contradictions that have enveloped it. The regime in its totality has no answer for even the smallest expectations of the mass of the people.

Part 2 will discuss the prospects and pitfalls facing the movement