Only power rules: Turkey after the failed coup 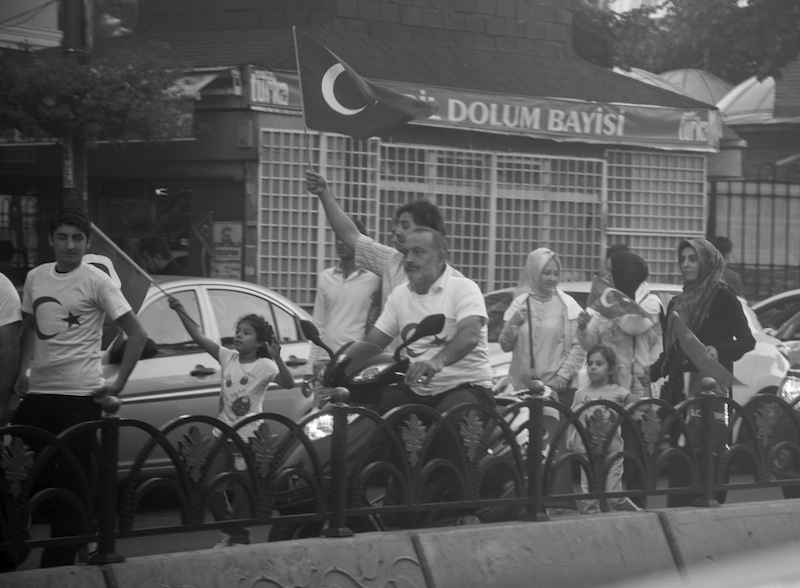 There are some things I remember about the night of July 15 in Istanbul. I was with my then girlfriend and her friends when we heard a military coup was taking place. We decided to do the most sensible thing we could think of: buy beer and sunflower seeds; put on some Ahmet Kaya, a popular dissident singer of Kurdish descent; and watch the surreal events unfold on television.

I remember the stone-faced platinum-blonde television announcer reading the would-be junta’s declaration. I remember the hugs, tears, and swearing, as we all took photos and videos of the TV screen’s unbelievable string of headlines. I remember the ruinous beauty of the low-hanging, blood-red moon.

But mostly I remember the birds — thousands of them taking to flight like one giant, avian beast, ghostly white in the darkness, spooked by the deafening, glass-shattering sonic booms from a low-flying F-16. We all hit the deck instinctively, but I peeked through the window and saw the afterburner flickering by like a firefly, wondering how something so tiny could make such a terrible roar. We’ll never forget that sound, the millions of us who heard it that night, wondering what we’d wake up to in the morning.

Dreadful images flash before us in real time on social media: tanks turning civilians into road kill; bullets like laser beams, raining down from unseen gunships somewhere in the inky sky above; anti-coup crowds, livid from being shot at by coupist soldiers, dragging, beating, and even slaughtering wide-eyed, clueless-looking conscripts barely old enough to shave.

Soon footage also emerges of the heroes, from the ranks of those brave and concerned enough to risk their lives to stop the murderous putschists. The lone, young headscarved woman who walks right up to a group of soldiers and tanks to give them a stern scolding. The soldier who abandons his weapon and weeps after seeing the news in a shop window’s television and learning that he’s unknowingly participating in a coup. The man who survived being run over by two tanks after trying to stop them with all he had — three stones. And countless others.