Posted by Editor on Wednesday, February 1, 2017 · Leave a Comment 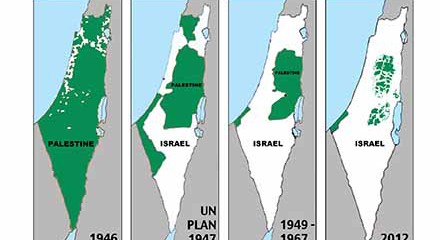 In the mid-1960s, the Socialist Organization in Israel – better known by the name of its journal, Matzpen – evolved an analysis of the Israeli-Palestinian conflict and an outlook regarding its eventual resolution. It saw the conflict as caused by the colonisation of Palestine, which started at the end of the 19th century, accelerated following World War I, and is still ongoing. In this conflict, Israel – a settler state that is both product and perpetrator of the Zionist project of colonisation – faces the resistance of the indigenous Palestinian Arab people.1

This analysis – far from widely held when it was put forward by Matzpen, before the June 1967 war – has by now been generally accepted by the international radical left. It has subsequently also been advanced by left-leaning academics writing on the subject, although few of them deign to admit any intellectual debt to Matzpen.

In this connection I must put in a caveat. The academic discourse of postcolonial studies usually characterises the Zionist project and Israel as an instance of ‘settler colonialism’ – a generic category that may include all cases in which a substantial number of settlers move into a colonial territory. Matzpen’s analysis is more specific: it emphasises the fact that the political economy of Zionist colonisation is not based on exploitationof the labour-power of the indigenous people, but on their total exclusion and eventual elimination. From a Marxist standpoint this distinction is, of course, fundamental.2

However, while Matzpen’s analysis of the Israeli-Palestinian conflict is now shared by much of the international radical left, the same cannot be said of our position on the resolution of this conflict, summarised in the following theses:

1. The conflict can only be resolved as part of a socialist transformation, rather than in a ‘bourgeois democratic’ framework.

2. The conflict cannot be resolved in isolation, within the ‘box’ of Palestine. Due to the specific features of Zionist colonisation, the balance of power is heavily tilted in favour of Israel (backed by its imperialist sponsor) and against the Palestinian people. The imbalance can only be redressed, and Palestinian liberation will become possible, as part of a revolutionary transformation of the region, by an Arab revolution led by the working class, which will overthrow the repressive regimes, unify the Arab East and put an end to imperialist domination over it.

3. An Arab revolution can create the conditions for a revolutionary overthrow of the Zionist regime by the Israeli masses.

4. The regional framework applies not only to the process whereby the conflict would be resolved, but extends also to the form of the resolution itself. The liberated Palestinian Arab people will be a partner in the regional unification, as one of the component parts of the Arab nation. A de-Zionised Israel will join the regional socialist union or federation of the Arab East.

5. In joining the regional union, the Hebrew (aka ‘Israeli Jewish’) nation must be accorded the right to self-determination.