Palestine: The Testbed for Trump’s Plan to Tear up the Rules-Based International Order 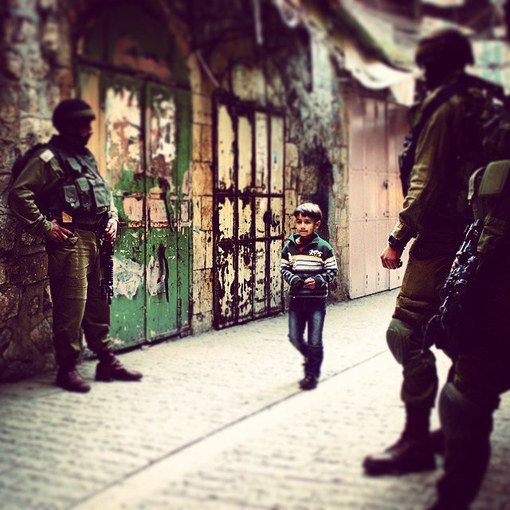 Washington’s decision to intensify swingeing aid cuts to the Palestinians – the latest targets include cancer patients and peace groups – reveals more than a simple determination to strong-arm the Palestinian leadership to the negotiating table.

Under cover of a supposed peace effort, or “deal of the century”, the Trump administration hopes to solve problems closer to home. It wants finally to shake off the burden of international humanitarian law, and the potential for war crimes trials, that have overshadowed US actions in Afghanistan, Iraq, Libya and Syria – and may yet prove treacherous in dealings with Iran.

The Palestinians have been thrust into the centre of this battle for good reason. They are the most troublesome legacy of a post-war, rules-based international order that the US is now committed to sweeping away. Amputate the Palestinian cause, an injustice festering for more than seven decades, and America’s hand will be freer elsewhere. Might will again be right.

An assault on the already fragile international order as it relates to the Palestinians began in earnest last month. The US stopped all aid to UNRWA, the United Nations refugee agency that helps more than five million Palestinians languishing in camps across the Middle East.

The pressure sharpened last week when $25m in aid was blocked to hospitals in East Jerusalem that provide a lifeline to Palestinians from Gaza and the West Bank, whose health services have withered under a belligerent Israeli occupation.

Then at the weekend, the US revealed it would no longer hand over $10m to peace groups fostering ties between Israelis and Palestinians.

The only significant transfer the US still makes is $60m annually to the Palestinian security services, which effectively enforce the occupation on Israel’s behalf. In short, that money benefits Israel, not the Palestinians.

At the same time, the Trump administration revoked the US visa of the Palestinian ambassador to Washington, Husam Zomlot, shortly after shuttering his diplomatic mission. The Palestinians have been cast fully out into the cold.

Most observers wrongly assume that the screws are simply being tightened to force the Palestinians to engage with Trump’s peace plan, even though it is nowhere in sight. Like an unwanted tin can, it has been kicked ever further down the road over the past year. A reasonable presumption is that it will never be unveiled. While the US keeps everyone distracted with empty talk, Israel gets on with its unilateral solutions.

The world is watching, nonetheless. The Palestinian community of Khan Al Ahmar, outside Jerusalem, appears to be days away from demolition. Israel intends to ethnically cleanse its inhabitants to clear the way for more illegal Jewish settlements in a key area that would eradicate any hope of a Palestinian state.

Trump’s recent punitive actions are designed to choke into submission the Palestinian Authority in the West Bank, just as Israel once secretly put Palestinians in Gaza on a starvation “diet” to make them more compliant. Israel’s long-standing collective punishment of Palestinians – constituting a war crime under the Fourth Geneva Convention – has now been supplemented by similar types of collective punishment by the US, against Palestinian refugees and cancer patients.

Jared Kushner, Trump’s son-in-law and adviser, admitted as much at the weekend. He told the New York Times that the cuts in aid were punishment for the Palestinian leadership “vilifying the [US] administration”.

In an apparent coded reference to international law, Kushner added that it was time to change “false realities”. However feeble international institutions have proved, the Trump administration, like Israel, prefers to be without them.

In particular, both detest the potential constraints imposed by the International Criminal Court at The Hague, which is empowered to prosecute war crimes. Although it was established only in 2002, it draws on a body of international law and notions of human rights that date back to the immediate period after the Second World War.

The crimes committed by Zionist leaders in establishing Israel on the ruins of the Palestinians’ homeland occurred in 1948, just as international law was being born. The Palestinians were among the first, and are still the most glaring, violation of that new rules-based global order.

Righting those historic wrongs is the biggest test of whether international law will ever amount to more than jailing the odd African dictator.

That the Palestinian cause continues to loom large was underscored this month by two challenges conducted in international forums.

Legislators from Israel’s large Palestinian minority have appealed to the United Nations to sanction Israel for recently passing the apartheid-like Nation-State Basic Law. It gives constitutional standing to institutionalised discrimination against the fifth of the population who are not Jewish.

And the Palestinian Authority has alerted the Hague court to the imminent destruction by Israel of Khan Al Ahmar. The ICC is already examining whether to bring a case against Israel over the settlements built on occupied land.

The US State Department has said the aid cuts and closure of the Palestinian embassy were prompted partly by “concerns” over the Hague referral. John Bolton, Trump’s national security adviser, meanwhile, has vowed to shield Israel from any war crimes trials.

Sitting on the fence have been the Europeans. Last week the European parliament passed a resolution warning that Khan Al Ahmar’s destruction and the “forcible transfer” of its inhabitants would be a “grave breach” of international law. In an unusual move, it also threatened to demand compensation from Israel for any damage to infrastructure in Khan Al Ahmar funded by Europe.

Europe’s leading states anxiously wish to uphold the semblance of an international order they believe has prevented their region’s descent into a Third World War. Israel and the US, on the other hand, are determined to use Palestine as the testbed for dismantling these protections.

The Israeli bulldozers sent to Khan Al Ahmar will also launch an assault on Europe and its resolve to defend international law and the Palestinians. When push comes to shove, will Europe’s nerve hold?

A version of this article first appeared in the National, Abu Dhabi.

Jonathan Cook won the Martha Gellhorn Special Prize for Journalism. His latest books are “Israel and the Clash of Civilisations: Iraq, Iran and the Plan to Remake the Middle East” (Pluto Press) and “Disappearing Palestine: Israel’s Experiments in Human Despair” (Zed Books). His website is http://www.jonathan-cook.net/