How Palestinians can reverse Israel’s divide and conquer tactics

Posted by Editor on Thursday, September 7, 2017 · Leave a Comment 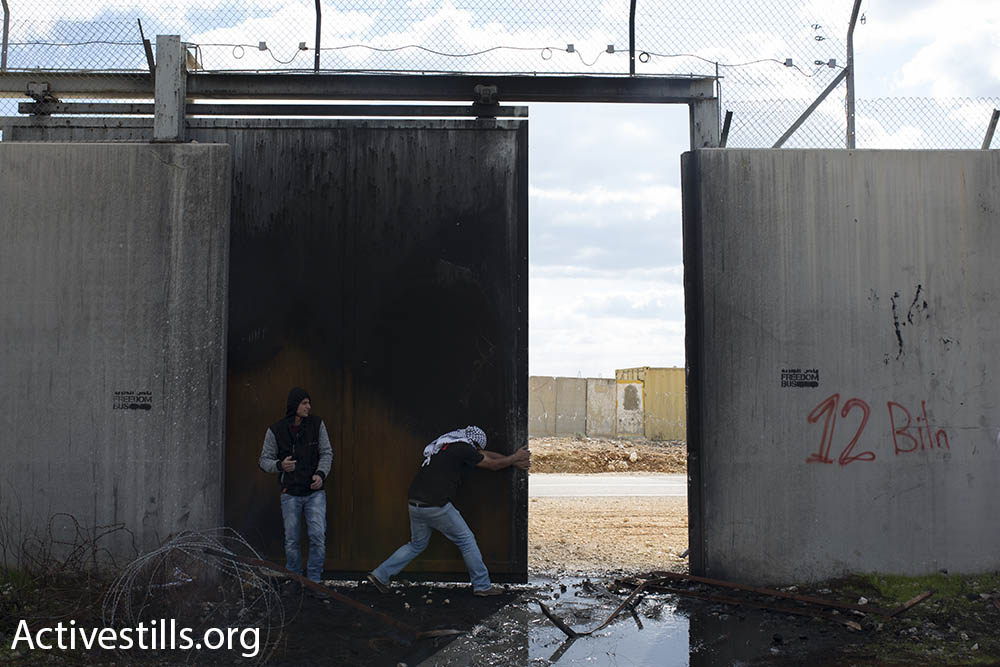 Oslo allowed Israel to reduce Palestinians to disparate fragments, each with their own challenge to merely survive. It’s time to reset that reality and view the Palestinians for what they are — physically fragmented, politically divided, but a whole people.

Most veteran observers, including Israeli security authorities and Palestinian leadership, were dumbfounded by recent events in Jerusalem, where tens of thousands of Palestinians mobilized non-violently in response to the Israeli closure of the Old City and placement of metal detectors at the entrance of the Dome of Rock and Al-Aqsa Mosque. What was the secret ingredient that made such a mass action take place and be a successful example in Palestinian non-violent resistance to the 50 years of Israeli military occupation? How did it happen so spontaneously, non-violently and with seemingly no leadership?

A new report by the group, titled, Relations Between Palestinians Across the Green Line (Arabic here, English translation forthcoming), in the works for over two years, may hold the answer to some of these questions. For months, a group of dedicated Palestinian analysts, activists, intellectuals and politicians working with the Palestine Strategy Group (PSG) have been meeting to explore an angle of the Palestinians reality that is many times ignored—the relationship between the Palestinians living inside Israel, today coined as Palestinian citizens of Israel, and Palestinians living under Israeli military occupation in the West Bank, including East Jerusalem, and the Gaza Strip.

The report identifies Jerusalem as a place where, paradoxically, the boundaries of Israel and Palestine collapse — a site for joint work, cooperation and struggle against Israel’s colonial policies. Many political leaders (Palestinian members of Knesset, as well as Jerusalemites, Fatah members, Hamas-affiliated academics, etc.) who were part of the group that produced the report testified to the existing, nascent cooperation and possibility and need to further develop it.

Even beyond the recent developments in Jerusalem, there are also indications of grassroots and bottom-up engagements transcending conventional and formal realms of political engagement elsewhere. The cross-border mobilization and cooperation to address the Prawer Plan, for instance, a 2011 Israeli government plan to forcibly relocate some 40,000 Bedouin citizens living in dozens of villages in Israel’s Negev desert, was identified as additional proof to this growing phenomenon of Palestinians on both sides of the Green Line finding common ground.

The PSG report starts with stating an obvious, but no less bold, fact that “Fifty years after the Israeli occupation and forced annexation of Palestinians under Israel’s discriminatory ruling regime, political projects associated with ending the occupation and attaining full citizenship have ended in stalemate.”

That statement is not groundbreaking in and of itself. When coupled with the following realization, however, it provides more than just food for thought — it also sheds light on this rather invisible phenomenon which has the potential to rejuvenate the entire Palestinian national liberation movement. The report continues: “In light of different political projects, national cohesion among the Palestinian people on both sides of the Green Line is a key tool to create a unified, collective umbrella that allows networking, empowerment and development. While it does not abolish political specificities, this umbrella will seek to integrate political projects. Every component of these projects will support the other with a view to realizing respective demands, including ending the occupation of the 1967 territory, return of the refugees, full citizenship, and individual and collective equality inside the Green Line.”

The strategy presented is premised on two hypotheses. First, is the need to maintain a clear distinction between the national and the political realms. That means an inclusive Palestinian national project that brings together all Palestinian people — those under occupation in the (New) State of Palestine, those in Israel, and those refugees and diaspora abroad. Secondly, discrepant political interests and perceptions of Palestinian groups need to be viewed as complementary, rather than contradictory to one another. Doing so means embracing diversity, transforming it from a source of divisions into a foundation for rebuilding a national project.

It is important to emphasize that support, networking and joint action of Palestinians across the Green Line have always been in place. The Palestine Liberation Organization (PLO) and Palestinian party leaders inside Israel have acted in concert and coordinated with and supported each other on innumerable occasions. However, coordination always took place beyond any institutional frameworks. Oftentimes, the report notes, “collaboration was arbitrary, individual [and not] bona fide.” Today, this cross-border cooperation is not only targeted, collective and authentic, but has within it the seeds of a new type of Palestinian leadership.

In this context, namely the lack of institutional networking, PSG discussants proposed several potential options to institutionalize relations between Palestinians on both sides of the Green Line. A major thrust of the report entertains the “creating an inclusive, apolitical framework for all Palestinians.”

Palestinians are 12 million in number, and stuck in institutional paralysis. The nearly 25-year-old Oslo Peace Process successfully, and sadly, facilitated Israel’s strategic desire to utilize the age-old divide and conquer strategy to reduce Palestinians to disparate fragments, each with their own challenge to merely survive. It’s time to reset that reality and view the Palestinians for what they are, physically fragmented, politically divided, but a whole people nonetheless, from Ramallah to Santiago.

Sam Bahour is a Secretariat member of the Palestine Strategy Group and policy adviser to Al-Shabaka, the Palestinian Policy Network. He blogs at www.epalestine.com. @SamBahour. The PSG report was implemented in cooperation with the Palestinian Forum for Israeli Studies (MADAR) and the Oxford Research Group (ORG). It was supported by the Norwegian Ministry of Foreign Affairs, Representative Office of Norway to the Palestinian Authority (2015-2017) and Konrad Adenauer Stiftung (2016-2017).  This latest report is the most recent of a series of important and influential documents the PSG has issued since its founding in 2008.